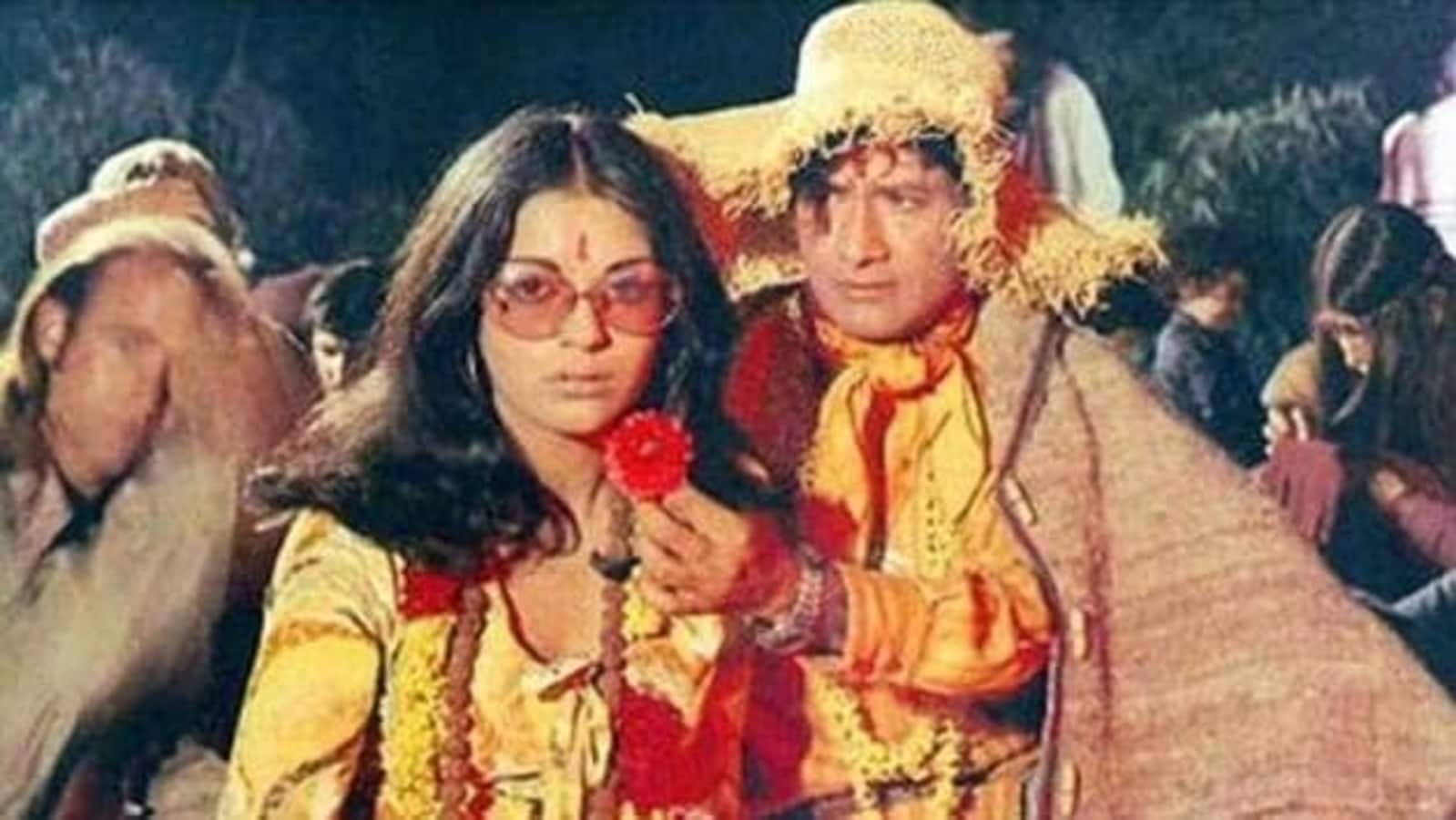 Veteran actor Zeenat Aman has reacted after a tune inspired by her hit song Dum Maro Dum was played by Apple for the iPhone 13 series launch. The popular song from the film Hare Rama Hare Krishna was picturised on Zeenat and Dev Anand.

Released originally in 1971, Dum Maro Dum was sung by Asha Bhosle and its music was composed by RD Burman. Besides, Zeenat Aman and Dev Anand, Mumtaz also featured in the film.

Speaking to a leading daily, Zeenat Aman said that it was an exhilarating feeling to learn that the 1971 music of Hare Rama Hare Krishna was still relevant. “Wow! 1971 music still resonating after 40 years! What a song!” she was quoted as saying.

Zeenat Aman further said she had no idea back then the song would become such a hit. She said, “The film was shot in Kathmandu and when I frankly heard this song for the first time, I loved it but surely didn’t expect it to become such a mammoth chartbuster. They all talk to me about this when I am at any music event even today.”

The iPhone 13 launch video played a tune inspired by Dum Maaro Dum to describe the features of its latest phone. The music was also played during the event when Apple CEO Tim Cook came to the auditorium in the company’s headquarters to present the product line-up. The tune has been included at the very beginning of the promotional video as a part of artist Footsie’s Work All Day song.

The video clip has been shared online extensively and several users reacted on Twitter. A person sharing the clip said, “Omg the iPhone13 launch video uses dum maaro dum what eveennnn #AppleEvent.” Another person wrote, “Did #Apple just used Dum maro Dum song in #AppleEvent to launch #iphone13series ?” A user tweeted, “Did I just listen to a “Dum Maro Dum” remix at an iPhone event?”

When Zeenat Aman featured in the film Hare Ram Hare Krishna, she was 20 years old. Her co-star Dev Anand, who essayed the role of her brother in the film, was 48 years old then. Zeenat had won a Filmfare Best Supporting Actress award.