Voices for a World Free of Nuclear Weapons Logo 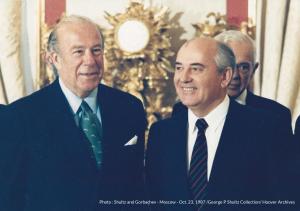 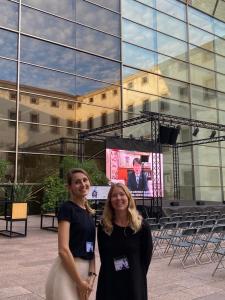 Voices for a World Free of Nuclear Weapons selects Youth Fusion, of Abolition 2000 as the winner of the Voices Gorbachev/Shultz Legacy Youth Award for 2022.

As the world faces the horrors of climate change, poverty, inequality, degradation and violence around the world, Youth Fusion is organising and amplifying the voices of youth, that need to be heard….”

SAN FRANCISCO, CA, USA, August 6, 2022 /EINPresswire.com/ — The award continues the nuclear disarmament legacy of Mikhail Gorbachev, Nobel Peace Laureate and former U.S.S.R. President; and George Shultz, former U.S.A. Secretary of State and co-founder of Voices for a World Free of Nuclear Weapons. The winner is announced today – the anniversary of the nuclear bombing of Hiroshima and the inauguration of the first annual Nuclear Prayer Day. The award will be given to Youth Fusion at a special ceremony on September 26, the International Day for the Total Elimination of Nuclear Weapons.

This is the third time that the award has been given. The first Voices Youth Award was bestowed in 2020 upon Kehkashan Basu, President and Founder of Green Hope Foundation, a UN Human Rights Champion who has been named as one of the Top100 SDG Leaders in the world. The second award was given in 2021 to Sahil Shah a Policy Fellow at the European Leadership Network and former Policy and Outreach Consultant to the Office of the Executive Secretary at the Comprehensive Nuclear-Test-Ban Treaty Organization (CTBTO).

Youth Fusion is led by Marzhan Nurzhan (Kazakhstan/Switzerland), Vanda Proskova (Czech Republic), Michaela Sorensen (Mozambique/Denmark) and Nico Edwards (Sweden/UK), who are all former interns of Parliamentarians for Nuclear non-proliferation and Disarmament (PNND) and graduates of the Organization for Security and Cooperation in Europe (OSCE) – United Nations Office of Disarmament Affairs (UNODA) Scholarship Program for Peace and Security. (See Looking back at the OSCE-UNODA Scholarship for Peace and Security 2022).

Youth Fusion members are from Europe, Asia, the Americas, Africa the Middle East and the Pacific – including some from countries impacted by the catastrophic human and environmental consequences of nuclear weapons. In addition, Youth Fusion has built strong partnerships with key constituencies including the United Nations, parliamentarians & mayors, scientists/academics, religious leaders and civil society organizations.

Voices for a World Free of Nuclear Weapons, which is giving the award to Youth Fusion, is part of United Religions Initiative (URI) the largest grassroots interfaith network in the world: building bridges through working together on practical projects that enhance civil communities and understanding between people of different religious and cultural traditions.

“Youth are rising up against the ills perpetrated by the elders. The massive expenditure on war economies, nuclear proliferation and blatant disregard of consequences is a serious indictment on the elders. As the world faces the horrors of climate change, poverty, inequality, degradation and violence around the world, Youth Fusion is organising and amplifying the voices of youth, that need to be heard and heeded if the world is to survive.”

Ela Gandhi, Co-President of Religions for Peace and grand-daughter of Mahatma Gandhi.

“Youth Fusion’s aim and intension is to inform, educate, connect and engage their fellow young citizens across the globe has been a success, but further through their innovation, hard work, determination and intelligence they’ve achieved a growing influence across the age ranges and the international body politic. As a parliamentarian it has been my privilege to interact with, and yes to learn from, the membership of Youth Fusion. My colleagues and I in PNND are delighted that Youth Fusion has been recognised as winners of the 2022 Gorbachev/Shultz, Voices Youth Award.”

“As a ‘founding mother’ of the Abolition 2000 Global Network to Eliminate Nuclear Weapons, it is gratifying and hopeful to see Youth Fusion emerge as the next generation of leaders working for a world free of nuclear weapons. Importantly, they recognize the interconnected nature of the many crises facing humanity and value inter-generational dialogue through which youth and those more experienced can listen and learn from each other. Congratulations to Youth Fusion on receiving the 2022 Gorbachev/Shultz Voices Youth Award!”

“The contribution of Youth Fusion to the nuclear-disarmament movement in invaluable. Through fruitful dialogue with people from across a spectrum of ages, disciplines, cultures and geopolitical contexts, Youth Fusion leaders have brought to the fore the interconnectedness of the nuclear threat with other major challenges facing humanity. The fresh, critical voices of the youth are badly needed to get rid once and for all of the cold-war mentality that still prevails and takes new and dangerous turns. Let me congratulate Voices for the wise selection of this year’s award, and wish Youth Fusion a promising, successful future!”

“Youth Fusion’s passion for a sustainable future is expressed in a level of professionalism and moral clarity lacking in the conduct of the world’s most powerful nations. They persist in producing more weaponry and failing to fulfill their disarmament commitments. Youth Fusion supports and produces practical proposals that increase global security and inspire.”