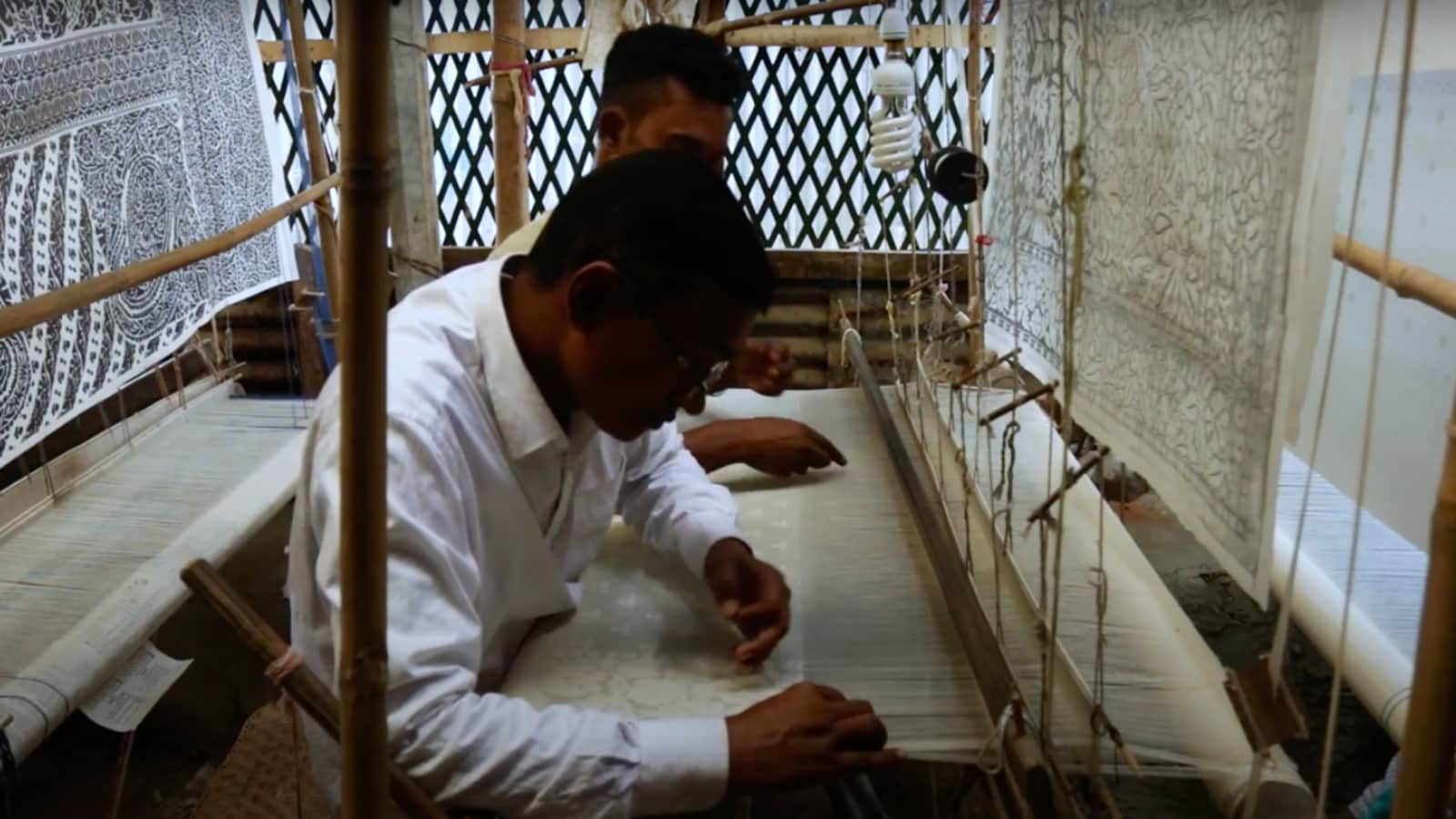 New Delhi Centuries-old craftsmanship and a glorious legacy make Dhakai Jamdani stunning in more ways than one. And telling its compelling story are 51 museum-quality Dhakai Jamdani sarees, dating from the late 19th century to pre-Independence, which are being exhibited in Delhi.

Known for its translucency, lightness and the quality to “pass through a wedding ring”, Jamdani is a textile native to Dhaka, Bangladesh. Made of muslin, it features abstract and geometric motifs, often with zari. Skilled weavers received royal patronage during Mughal rule, in what is called its age of glory.

The sarees on display are from the collection of Siddhartha Tagore, who also collects Baluchari weaves. Calling these pieces — collected over a period of 15 years — works of art, Tagore says, “My interest in Jamdani is based on its interactive motif, how delicately it is woven and how it evolved throughout history.” Curator Puneet Kaushik adds, “These pieces transport you back to the old world, where the art of weaving was celebrated in all its glory.”

The exhibition delves deep into the British-era Jamdani history, from when this painstakingly-crafted weave began to face competition from mill-produced cotton, and gradually fell into decline. On display is also a piece of Jamdani manufactured by the East India Company factory. The Partition of Bengal also brought the tradition to present-day West Bengal, where weavers continue to carry forward the legacy.

The weave has also been included in the list of Intangible Cultural Heritage of Humanity by Unesco, which says the Jamdani saree “is a symbol of identity, dignity and self-recognition, and provides wearers with a sense of cultural identity and social cohesion”.

Today, weavers are campaigning to revive the intricate motifs and designs in the Jamdani tradition. This exhibition is also an attempt to highlight the fabric’s rich history, which makes each vividly-patterned piece perfect to keep for posterity.

What: A Glorious Past and a Shining Future for Dhakai Jamdani

When: September 21 to October 4