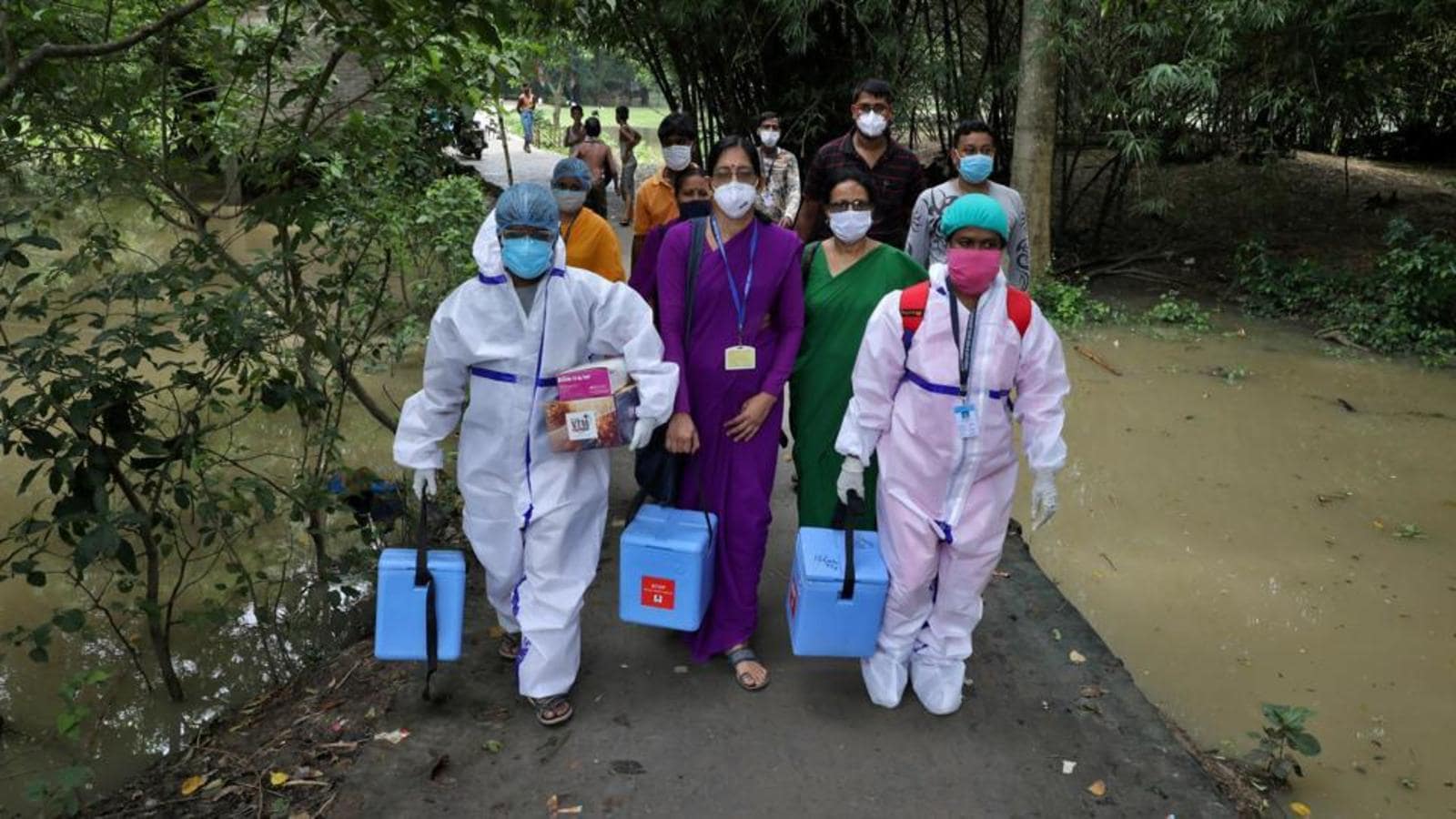 West Bengal ranks last among states in administering the first Covid-19 vaccine dose with only around 41% of its population receiving it, according to data the Centre shared on Thursday even as officials pointed out that the state has not received doses proportional to its population.

Out of the 938 million people eligible for vaccination in the country, around 54% have received at least one dose till September 1. Himachal Pradesh, which has covered 99.6% of its population with the first dose, topped the list of states. Uttarakhand has covered 81.19% of its population while Kerala 80.14%, Gujarat 71.85% and Madhya Pradesh 70.69%. West Bengal has been able to vaccinate 41.16% of its total eligible population of around 700 million. To date, 30.3 million people in the state have received the first jab. Jharkhand has been able to provide 42.23% of its population with the first dose followed by Uttar Pradesh with 42.25%.

The second dose in West Bengal has been given to 11.8 million people, which is around 39% of those who received the first jab. States such as Himachal Pradesh, Gujarat and Kerala, which ranked higher in administering the first dose, lag behind in terms of the second. In Himachal Pradesh, only around 32% of the people have been given the second dose followed by Gujarat and Kerala with 34% and 36%.

According to the 2011 census, West Bengal was the fourth most populous state with a population of 91.3 million while Karnataka (61.1 million) was the ninth and Gujarat (60.4 million) 10th.

An official pointed out when it comes to vaccine doses, the Centre’s allotment is not proportional to the population. He added West Bengal has administered over 42.2 million doses, Gujarat 47.8 and Karnataka 44 million. “Most of the doses were provided to the states by the Centre.”

A second West Bengal official said some states may have given the first dose to cover the maximum population without thinking about the second shot. “In West Bengal, we have moved in a more scientific manner. We have kept parity between the first and second doses. We first chose some groups who could act as super-spreaders such as transport workers, jail inmates and sex workers for immunisation.”

Some experts said another reason behind the low coverage of the first dose in Bengal could be hesitancy. “This could exist in some pockets but not in general. If you see there has been a huge turnout at vaccination centres leading to near stampede in some areas. Can this be a sign of reluctance?” asked the third official.

West Bengal received over 10 million doses in August, the highest since the vaccination drive started in January. It has been promised another 13 million doses in September, officials said.