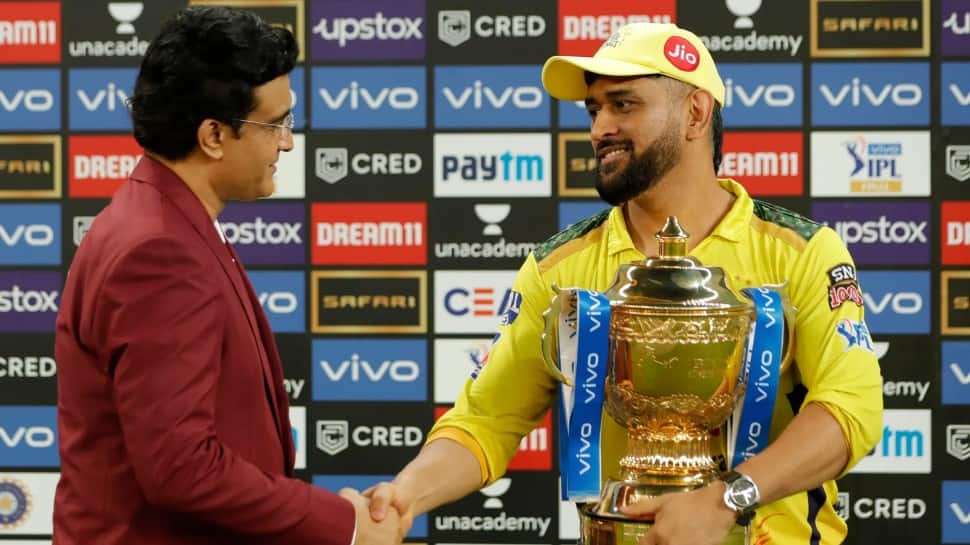 New Delhi: Chennai Super Kings fans were elated when skipper MS Dhoni after lifting the IPL trophy told Harsha Bhogle at the post-match presentation on Friday that he hadn`t yet left behind a legacy. While it was seen as a sign that fans might still get to see the legend on the cricket pitch, the same has now been confirmed by the CSK management.

Speaking to ANI, a CSK official said the first retention card at the auction will be used to retain the captain of the ship.

“There will be retention and that is a fact. The number of retentions isn`t something we are aware of yet. But honestly, that is secondary in MS` case because the first card will be used for him. The ship needs its captain and rest assured he will be back next year,” the official said.

Dhoni on his part played it like he always has. Asked about the road ahead after registering his fourth title win in the IPL, Dhoni said: “Again I`ve said it before, it depends on BCCI. With two new teams coming in, we have to decide what is good for CSK. It`s not about me being there in top-three or four. It`s about making a strong core to ensure the franchise doesn`t suffer. The core group, we have to have a hard look to see who can contribute for the next 10 years.”

He even made it a point to first congratulate Kolkata Knight Riders for the tremendous display this season before talking about his own team`s display.

“Before I start talking about CSK, need to talk about KKR. Difficult to come back and do what they have, if any team deserved to win the IPL, it`s KKR. Huge credit to the coaches, team, and support staff. The break really helped them. Coming to CSK, we shuffled players. We had match winners coming game after game and doing really well,” said Dhoni.

“Difficult to come back and do what they have, if any team deserved to win the IPL, it’s KKR.” – THALA

“Every final is special, if you look at stats, we may say we`re the most consistent team to lose the final too. I feel it`s important to come back strong, especially in the knockouts. Frankly no chats, we don`t talk a lot [meetings]. It`s more one-on-one, our practice sessions are meeting sessions. The moment you get into a team room, it brings about different pressure,” he added.

Dhoni didn`t forget the all-important CSK fans and said, “I would love to thank the fans, wherever we`ve played, even when we were in South Africa, we`ve always had a good number of CSK fans. That is what you crave. Thanks to all of them, it feels like we`re playing in Chennai. Hopefully, we`ll be back in Chennai for the fans.”