When Rekha got emotional speaking about Shah Rukh Khan, recalled sweet memory of how he woke her up for sunset | Bollywood 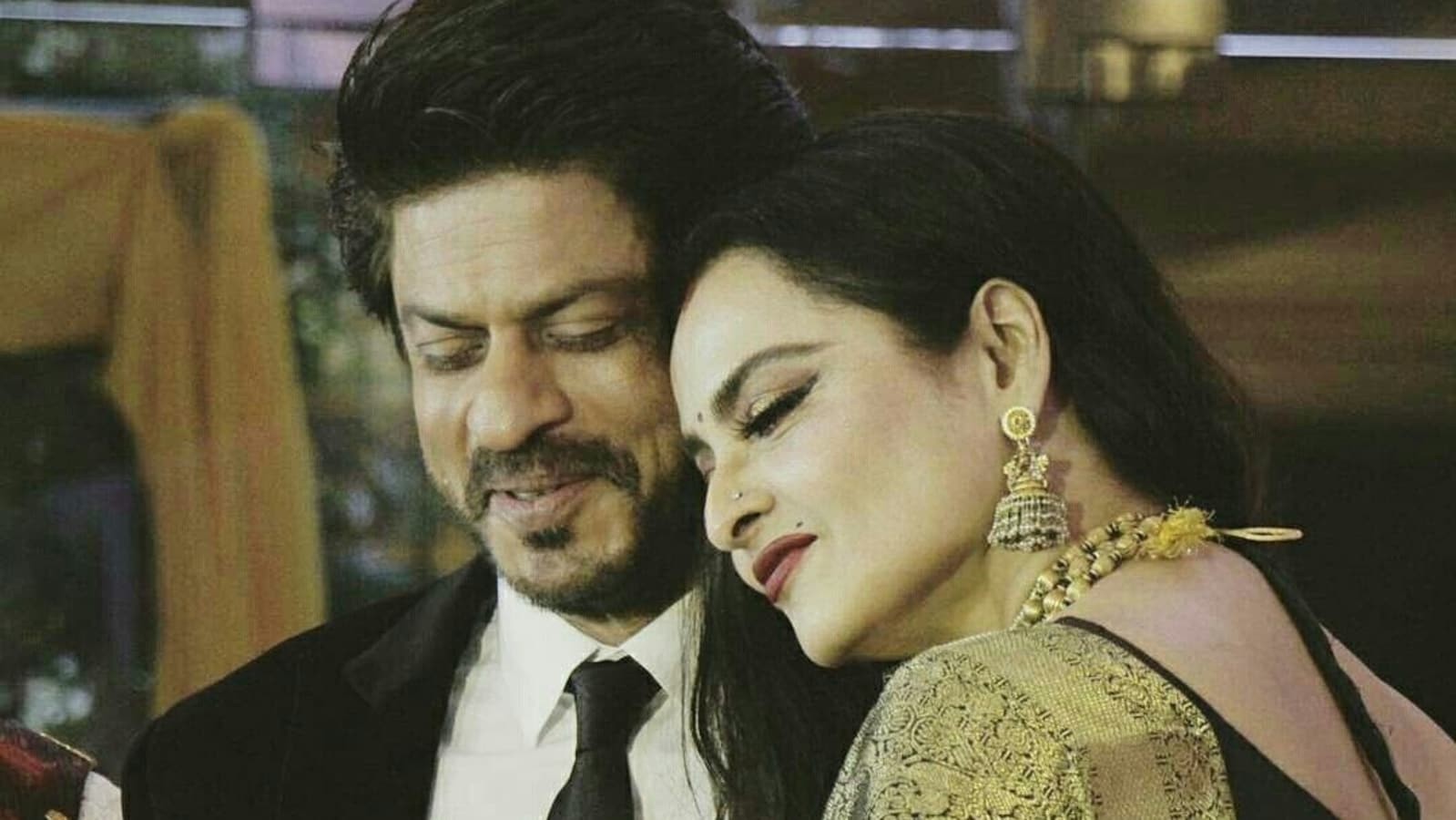 Over the years, Rekha has formed strong bonds with many of her co-stars and even a few younger colleagues from the film industry. She is friends with Deepika Padukone, Kangana Ranaut, Vidya Balan and many others but it is Shah Rukh Khan who seems to be her favourite.

During an event in 2017, Rekha was invited to felicitate Shah Rukh with the Yash Chopra Memorial Award. She, along with other veteran actors such as Shatrughan Sinha and Padmini Kolhapure, spoke about Shah Rukh. However, her speech stood out.

She used a shayari by poet Gulzar to put her feelings for Shah Rukh into words. She recited a part of Ruh Dekhi Hai Kabhi? “Have you ever seen a soul? Felt it? A body burns a hundred times but still turns to ash. But a soul, when it burns, turns into a diamond,” she says. Addressing the audience, she said that she has never seen a ‘soul’ but has felt a very ‘pure’ and ‘special’ soul in life. “That person, I don’t know how many times that person has killed his soul, since his childhood. Which is while he has been shining like a diamond. I pray to God, that the way he has made us smile, he is a beautiful human being. Talent flows in his veins. But more than that, he has love to offer, which all of us have seen,” Rekha said about Shah Rukh.

She also recalled a special incident with him. “We were travelling to some show and we were on the airplane. I was so tired of working day and night. I had almost gone off to sleep when I was woken up by sounds of ‘Rekha ji, Rekha ji please uthiye na! Rekha ji. Khidki niche kijiye na aur Bahar dekhiye nazara kitna khoobsurat, sunset hai. Use baad so jaaiyega (Please wake up, roll down your window. It’s such a beautiful sunset outside. You can go back to sleep after that).’ I did not see the sunset but turned around in slow motion, looked at him. It was Shah Rukh Khan. I looked into his eyes and felt bhaiyya, ye humari biradari ka insaan hai (He’s a man of my kind).”

Rekha and Shah Rukh have not worked together in any movie but she did have a cameo in his movie Om Shanti Om. Rekha has not been part of many films in the past few years but often makes appearances on talent shows as guest.