What should consider before buying projector 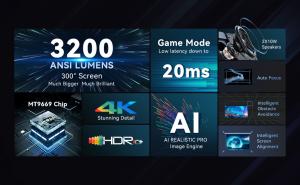 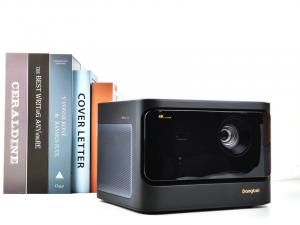 If you don’t konw what should consider before buying projector, this article offers some buying tips for you .

NEW YORK, NEW YORK, THE UNITED STATES, June 14, 2022 /EINPresswire.com/ — With the advancement of technology, more and more people are willing to go for a projector to replace their television set. A good projector can create a wonderful movie night for you. Therefore, it is an important thing to know how to pick a projector, and the next will introduce you to some of the aspects that you must pay attention to when picking a projector.

If your budget is in the range of $200-$500, then Emotn H1 Portable Projector 5G WiFi Full HD 1080P is fit for you. EMOTN H1 LCD portable projector uses high quality LED light source with strict quality control and a fully sealed light machine to avoid dust from falling into the screen and producing black spots, which affects the picture quality of the projector; at the same time, it effectively protects the light machine and the life of the light source can reach 50,000 hours.

If your budget is in the range of $1000-$2000, you can choose Dangbei Mars Pro or XGIMI horizon pro. Both of these two projectors are 4k laser projectors. It is worth noting that the Dangbei Mars Pro has a brightness of 3200ansi lumens, which gives a great advantage in the same price range as projectors.

Dangbei Mars Pro is a 4k laser projector, its advanced 4k (3840*2160P) resolution delivers true-to-life color with support for 4K Ultra HD、HAR10、HLG. It means that this projector can give you stunning detail when you enjoy your movie night.

Projector products are very rich, different positioning of projectors have different functions, commercial projectors focus on the connection of multiple devices extremely stable, and home projectors focus on entertainment; choosing a commercial projector must pay attention to its connection, such as whether there is HDMI, VGA, and other interfaces; choose a home projector must pay attention to its image processing capabilities, such as whether it has motion compensation, the HDR10, support side projection, 3D function, etc.

Dangbei Mars Pro has not only an ALPD laser fluorescence display but also has brightness as high as 3200ANSI lumens.

This feature is said to be so unique that it lets this projector differ from other existing projectors in the market as the light it displays is radiant and the colors all vibrant and separated, easily identifiable not only indoors but also outdoors.

The capacity of the projector for chip processing highly matters as well. Dangbei Mars Pro 4K  projector offers a quad-core 64-bit CPU and Mali-G52 GPU which is MediaTek’s MT9669 master chip. And as much as this chip is fascinating, the budget of this projector remains friendly. The AI image of Dangbei’s 4K projector enhances the image as it optimizes the brightness of it along with its saturation and also helps in reducing the noise as per the requirement of the user.

A user needs to have a projector with interfaces that lets them connect to many other kinds of devices such as game players and game controllers, TV boxes, and computers. This Projector is so smooth when it works that it doesn’t let the image and the system lag. It also comes along with outstanding speakers.

This entire projector with its many amazing features can be bought for $1,799(Discount now, only $1599). This very 4K projector by Dangbei Mars Pro can also be set up as a multipurpose projector inside your home.