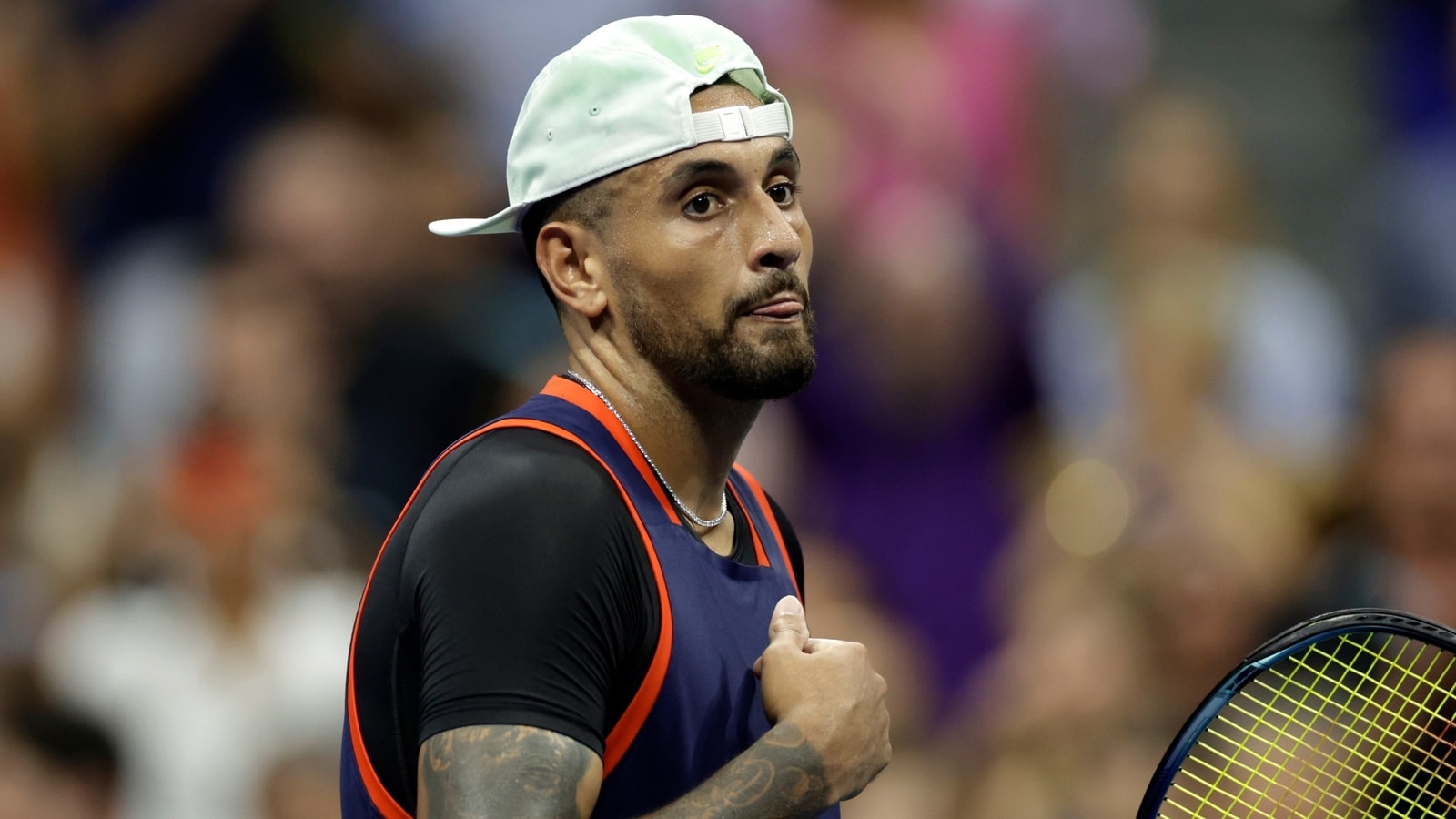 Nick Kyrgios‘ major brain fade moment became an instant talking point during his round of 16 match against defending champion Daniil Medvedev at the US Open 2022 on Monday. The notorious Australian is having an unforgettable 2022 season in the men’s singles division. Taking on reigning champion Medvedev in the US Open 2022, the 23rd-seeded Australian star lost a point to the Russian in an unbelievable manner at the iconic Arthur Ashe Stadium.

Known for his unorthodox style, Kyrgios produced some breath-taking tennis while crossing swords with strong title contender Medvedev at the action-packed Grand Slam event in Queens. An absolute entertainer on and off the tennis court, Kyrgios conceded a shocking point during his round of 16 match against the World No.1 at the Flushing Meadows. The Australian was on verge of breaking Medvedev’s serve at 30-30 in the third set.

After a long rally, Kyrgios forced the Russian to sky the ball with the latter’s running forehand. While everyone expected Kyrgios to earn the breakpoint, the Australian stunned the spectators by crossing the net and smashing the ball for no reason. The Russian earned a free point as Kyrgios crossed the net and hit the ball before it bounced. Kyrgios had a smile on his face after the incident and the Australian was also seen celebrating his brain fade moment.

This is why I love Kyrgios, entertainment comes first!

Talking more about the match, Kyrgios ended Medvedev’s title defense with a memorable win over the Russian at the US Open 2022. Kyrgios defeated the 2021 US Open winner 7-6 (11), 3-6, 6-3, 6-2 in Queens. For the first time in his much-promising career, the 27-year-old has managed to enter the quarter-final stage of the US Open.

ALSO READ: Daniil Medvedev crashes out of US Open, loses to Nick Kyrgios in round-of-16

Kyrgios will meet Karen Khachanov in his first-ever quarter-final match at the US Open on Tuesday. “It was an amazing match, obviously Daniil as the defending champion had a lot of pressure on his shoulders, but I’ve been playing amazing the last couple of months,” Kyrgios said after eliminating defending champion Medvedev from the US Open. Earlier this year, Kyrgios was upstaged by Novak Djokovic in the Wimbledon final.