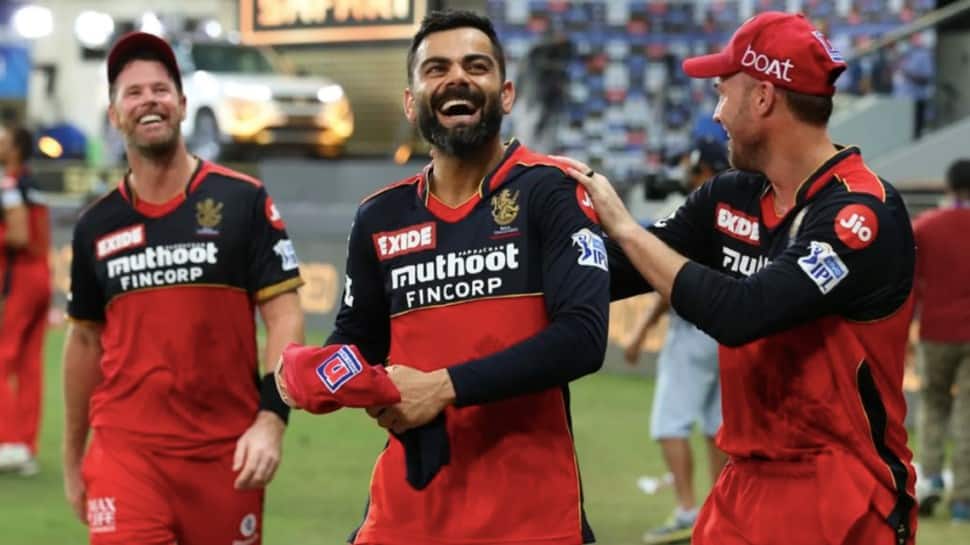 After a couple of disappointing losses since the Indian Premier League (IPL) resumed in the UAE last week, the Royal Challengers Bangalore bounced back with a stunning 54-run win over defending champions Mumbai Indians in Dubai on Sunday (September 26) night. The RCB have now climbed to the third sport in the points table with 12 points in 10 games and will look to enter the IPL Playoffs for a second successive year.

In a video shared by the RCB social media team,  former South African batsman AB de Villiers is seen imitating skipper Virat Kohli’s animated celebration in the dressing room. The 32-year-old Kohli throws his hands and punches the air while showing his emotion and passion. De Villiers gave his captain a warm hug and then copied his style of celebrating inside the dressing room.

Here’s the video with Virat Kohli and De Villiers…

Virat’s pep talk before the match, Yuzi, Maxi & Harshal talking about their performances, Coach Hess & Virat addressing the team after the match, & an AB special to sign off on a comprehensive victory, all that & more on Game Day!#PlayBold #IPL2021 pic.twitter.com/4bH4PIUeKe

Kohli, who scored a fine half-century, stated that the RCB needed to come out of the early jolt to stage a comeback in the game. He was also amazed with the bowlers after the Challengers bowled MI out for a mere 111.

“It was a difficult start with the loss of Devdutt (Padikkal) in the second over. The way Jasprit (Bumrah) bowled that over, totally set the game up for MI. It was important from thereon for us to stamp our presence in the game and take a little bit of risk,” Kohli said after the game.

“I thought we got par, 166 is par here, still felt like 10-15 more with the way we bowled. 8 for 30 was unbelievable against such a strong batting lineup,” he stated.