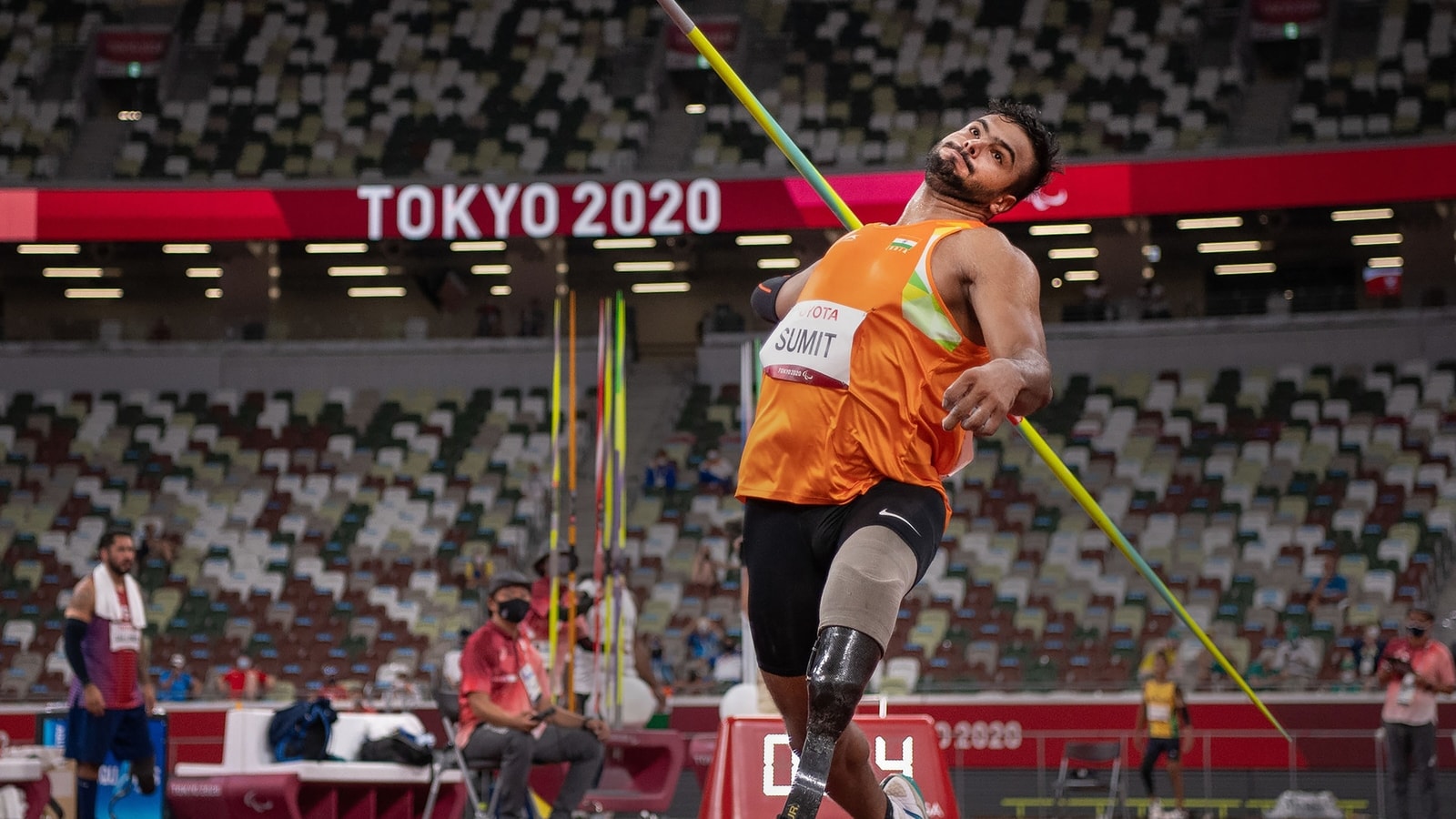 Breaking the world record five times on his way to gold in the Paralympics did not suffice for Sumit Antil as the Indian para javelin thrower said it was not his best, vowing to better a performance that was incredible by any yardstick.

But surprisingly, soon after his triumph, Antil said it was not his best.

On winning gold and setting a world record of 68.55 metres, he said, “This is my first Paralympics and I was a little nervous because the competitors are great.

“I was hoping for a 70-metre-plus throw, maybe I can do 75m. It was not my best, I am very happy to break the world record.”

This was not the first time he was making the javelin travel far.

A few months before the Tokyo Games, within a span of 20 days, Haryana’s Antil had broken the world record twice in the F-64 category. In his sixth and last attempt he hurled the javelin to a distance of 66.90 metres at the 19th Para-Athletics Championships at Bengaluru in March.

The effort bettered his own world record of 66.43 metres, set during the third leg of the Indian Grand Prix on March 5 in Patiala.

On how much further he can throw, he said, “In training I have thrown 71m, 72m, many times. I don’t know what happened in my competition.

“One thing is for sure in future I will throw much better,” Antil who started out as a wrestler before switching to javelin throw said.

But he was definitely happy to have won the top medal at the biggest stage, terming it as realisation of a dream.

“It is a dream come true. I can’t express my feelings right now,” the 23-year-old who entered the Tokyo Paralympics as the world record holder in his event said.

Antil, who lost his left leg below the knee after he was involved in a motorbike accident in 2015, sent the spear to 68.55m in his fifth attempt, which was the best of the day by quite a distance and a new world record.

The F64 category is for athletes with a leg amputation, who compete with prosthetics in a standing position.

A student of Delhi’s Ramjas College, Antil was an able-bodied wrestler before his accident which led to amputation of his leg below the knee. A para athlete in his village initiated him to the sport in 2018.

He also competed against Olympic champion Neeraj Chopra in the able-bodied Indian Grand Prix series 3 on March 5 in Patiala.

He finished seventh with a best throw of 66.43m while Chopra shattered his own national record with a big effort of 88.07m.

He won a silver in the F64 javelin throw at the 2019 World Championships in Dubai.