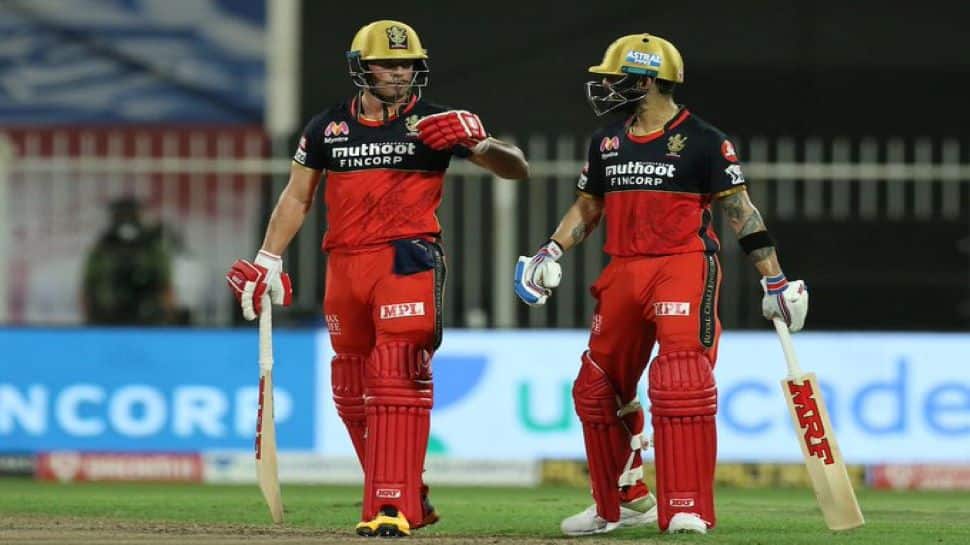 Virat Kohli will be stepping down as Royal Challengers Bangalore captain post IPL2021. The announcement by India’s premier batter came days after he announced the same in T20Is. Kohli took the decision to keep a healthy check on his workload, adding he will continue with leading the Men In Blue in the 50-over format and Tests.

Giving more insights on his decision, Kohli said he had discussed the idea with his RCB teammate AB de Villiers in 2019 but continued to lead the side because of the restructuring of the management.

“About this decision, I had spoken to AB in 2019. It’s not new. With the IPL, I was always in a space where I wanted to create a peaceful environment. We had this discussion and then I thought we will give it one more year. A restructuring of the management happened and things were much better in 2020. I felt a little more relaxed in that stage,” Kohli told Star Sports.

De Villiers also shared his thoughts on playing under Kohli. “Virat Kohli has had an unbelievable run as captain. I am privileged to play under him. I have been a fan of him letting it go for the last few years purely because of the pressure he has taken on board over the years with the Indian team and the IPL. I felt that this could be an environment where he could have a little bit of fun. Sort of step away from Indian cricket and have a little bit of fun in the T20s in the IPL with all the friends and then go into the high-pressure environment with India in all the formats.”

“That’s been the chat for the last couple of years. It’s got nothing to do with his ability as captain. We all know that he has been unbelievable for us. He has always led from the front and made the best possible decisions for the team and I think he has had a fantastic run. I would absolutely love to put the cherry on the cake and finish the season with a trophy,” he said.

Virat Kohli could make it 103 IPL Ws with RCB next Friday… pic.twitter.com/kR6nIqV334

RCB will lock horns with Kolkata Knight Riders in the Eliminator on October 12 at Sharjah. Kohli has led RCB into four playoffs but is yet to win the competition. With this being his last season as captain, Kohli will look to go with full force and win the trophy.