Monday was a day of horrific atrocities by the (IRGC) and the regime’s other security forces opening fire and using heavy, high-caliber machine guns against defenseless people in the cities of Javanrud and Piranshahr leaving dozens killed and injured. 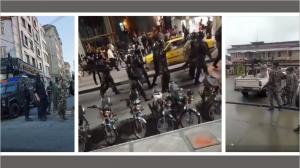 Regime Leader Ali Khamenei ordered military and security units to launch horrific killing sprees in the past two-and-a-half months, and now by dispatching helicopters, armored vehicles, and heavy weaponry into Kurdistan to quell the local protests. 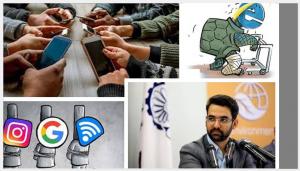 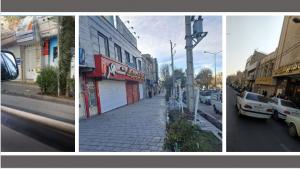 On Tuesday merchants and store owners in many cities were on strike in solidarity with the ongoing nationwide uprising on this 68th day and condemning the regime’s lethal crackdown in Kurdish cities. 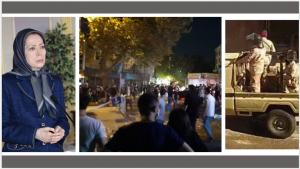 In the city of Javanrud activists posted footage of one drone above the city and reported that IRGC units were using heavy machine guns to fire in the city.

PARIS, FRANCE, November 23, 2022 /EINPresswire.com/ — The nationwide uprising in Iran is entering a new phase as the regime has been launching lethal crackdown measures in Kurdish cities and resorting to severe internet disruptions to cloak its crimes against humanity.

Monday was a day of horrific atrocities by the Islamic Revolutionary Guards Corps (IRGC) and the regime’s other security forces opening fire and using heavy, high-caliber machine guns against defenseless people in the cities of Javanrud and Piranshahr leaving dozens killed and injured.

Regime Supreme Leader Ali Khamenei ordered military and security units to launch horrific killing sprees in the past two-and-a-half months, and now by dispatching helicopters, armored vehicles, and heavy weaponry into Iranian Kurdistan to quell the locals’ relentless protests that have only escalated during the past few months.

Netblocks, the UK-based internet observatory organization tracking network disruptions and shutdowns across the globe, reported on Monday that Iran was experiencing heavy internet disruptions. “Network traffic data show a major disruption to internet service in Iran as mobile internet is cut off for many users,” the organization tweeted.

Protests in Iran have to this day expanded to at least 243 cities. Over 625 people have been killed, including over 50 minors, and more than 30,000 are arrested by the regime’s forces, according to sources of Iranian opposition People’s Mojahedin Organization of Iran (PMOI/MEK). The names of 485 killed protesters have been published by the PMOI/MEK.

Local activists in the Kurdish regions were reporting military helicopters patrolling their cities. In Saqqez one such helicopter was seen flying at a low altitude and patrolling the city from above. Other reports indicate six IRGC helicopters flying from Kermanshah toward the city of Javanrud.

In the city of Javanrud activists posted footage of at least one drone above the city and reported that IRGC units were using 12.7mm DShK heavy machine guns to fire rounds in the city.

On Tuesday merchants and store owners in many cities were on strike in solidarity with the ongoing nationwide uprising on this 68th day and condemning the regime’s lethal crackdown in Kurdish cities.

Workers of the 11th refinery in the South Pars complex in southern Iran and the petrochemical site of Masjed Soleyman in Khuzestan Province are on strike on this 68th day of the nationwide uprising.

High school students in Tehran’s Abdulabad district were also seen protesting and chanting: “[Khamenei] is a disgrace!” Similar protests by high school students were reported in Karaj, located just west of the capital Tehran, and Isfahan.

Locals in Ashar, a town in Sistan & Baluchestan Province of southeast Iran, began taking control of their streets in new protests in solidarity with their compatriots in Iran’s Kurdish cities.

In the midnight hours and early Tuesday morning, IRGC units in Piranshahr were opening fire and shooting barrages of bullets into people’s homes, according to local activists.

In Bukan’s Maskan Mehr apartments IRGC units were opening fire and shooting barrages of bullets into people’s homes in the hours after midnight, local activists report.

Monday began with people in the Kurdish cities of Saqqez, Piranshahr, Dehgolan, Javanrud, and Kermanshah, holding large funeral ceremonies for locals killed on Sunday by the regime’s security forces.

These ceremonies across the country are constantly evolving into massive anti-regime protests and security forces have been known to use live bullets against the mourners.

Activists in Javanrud were reporting dozens of people killed and injured as security forces opened fire on the locals on Monday morning. Video footage from the scene shows people fleeing and the sound of heavy gunfire can be heard, with some activists reporting the regime’s forces were using 12.7mm DShK heavy machine guns against the defenseless locals.

Hospitals in this city were in need of blood as the number of those injured with many in dire conditions was on the rise.

Similar circumstances were reported in the city of Piranshahr in northwest Iran where the regime’s forces, including IRGC units, were opening fire on defenseless people.

Activists reported many were injured and there could be fatalities among those wounded. A video provided from inside Iran shows the regime’s security forces directly aiming and shooting at defenseless people.

Meanwhile, reports indicate that the situation continued to grow grave in Javanrud and Piranshahr. Several videos showed civilians shot with live ammunition. The people of the city of Kermanshah rushed to blood banks to make blood donations to be sent to treat the wounded in Javanrud.

People in the city of Bushehr also took to the streets on Monday morning and began rallying outside the regime’s provincial governor’s office and chanting “Death to the dictator!” in reference to Khamenei. Regime security forces opened fire and used tear gas on their ranks.

In Miandoab of northwest Iran, protesters attacked a regime administrative building whose authorities have been permanently closing the shops of those store owners who have been on strike recently.

In Marvdasht, people participating in the funeral of Arman Emadi, a protester killed by the regime’s security forces, began chanting anti-regime slogans, including: “We will fight and take back Iran!” and “The IRGC is our ISIS!”

Cities in many parts of Iranian Kurdistan, including Saqqez, Kamyaran, and Marivan were seeing merchants and store owners continue their general strike against the mullahs’ regime and in solidarity with the nationwide uprising. Students at various universities in Sanandaj, Tehran, Tabriz, Hamadan, and Sari are also boycotting their classes, according to incoming reports.

At the same time, students held protest rallies in several cities, including Tehran, Sari, Sanandaj, Shiraz, and Hamedan. In Shiraz, the students at the University of Arts made paper boats and painted them in red in memory of the protesters killed by the regime’s security forces.

In Sanandaj, the students of Kurdistan University expressed their solidarity with the people of Javanrud by chanting, “Javanrud is not alone! Sanandaj supports you!”

Protests continued late into the night in several cities. In Tehran, protests were reported in several districts, including Andishe, Niavaran, Jannat Abad, and Chitgar.

Protests also continued in Kurdish cities despite the regime’s brutal crackdown, including in Sanandaj, Javanrud, and Piranshahr. In many cities, protesters expressed their solidarity with the people of Iran’s Kurdish cities.

“Following the clerical regime’s threats on Sunday, I urged United Nations Security Council and the European Union to take immediate action to stop the killing of the people of Mahabad and prevent the ruling regime’s trampling on the human rights of my fellow Kurd compatriots. Inaction vis-à-vis the crimes against humanity and war crimes committed by the mullahs’ terrorist and warmongering regime has not only trampled human rights values but endangered peace and security in the Middle East and the world,” she explained.

“The clerical regime’s attacks on Monday, November 21, against the headquarters of the Kurdistan Democratic Party and the Komala Party of Iranian Kurdistan should be urgently investigated internationally and regionally.

This is the third wave of missile and drone attacks on the headquarters of Iranian Kurdish parties in less than two months. The regime’s previous attacks on September 28 and November 14 left many human and financial losses.

Silence and inaction against the clerical regime’s breaches of all international laws, red lines, and human rights standards are enough,” the National Council of Resistance of Iran (NCRI) President-elect added.

The protests in Iran began following the death of Mahsa Amini. Mahsa (Zhina) Amini, a 22-year-old woman from the city of Saqqez in Kurdistan Province, western Iran, who traveled to Tehran with her family, was arrested on Tuesday, September 13, at the entry of Haqqani Highway by the regime’s so-called “Guidance Patrol” and transferred to the “Moral Security” agency.

She was brutally beaten by the morality police and died of her wounds in a Tehran hospital on September 16. The event triggered protests that quickly spread across Iran and rekindled the people’s desire to overthrow the regime.