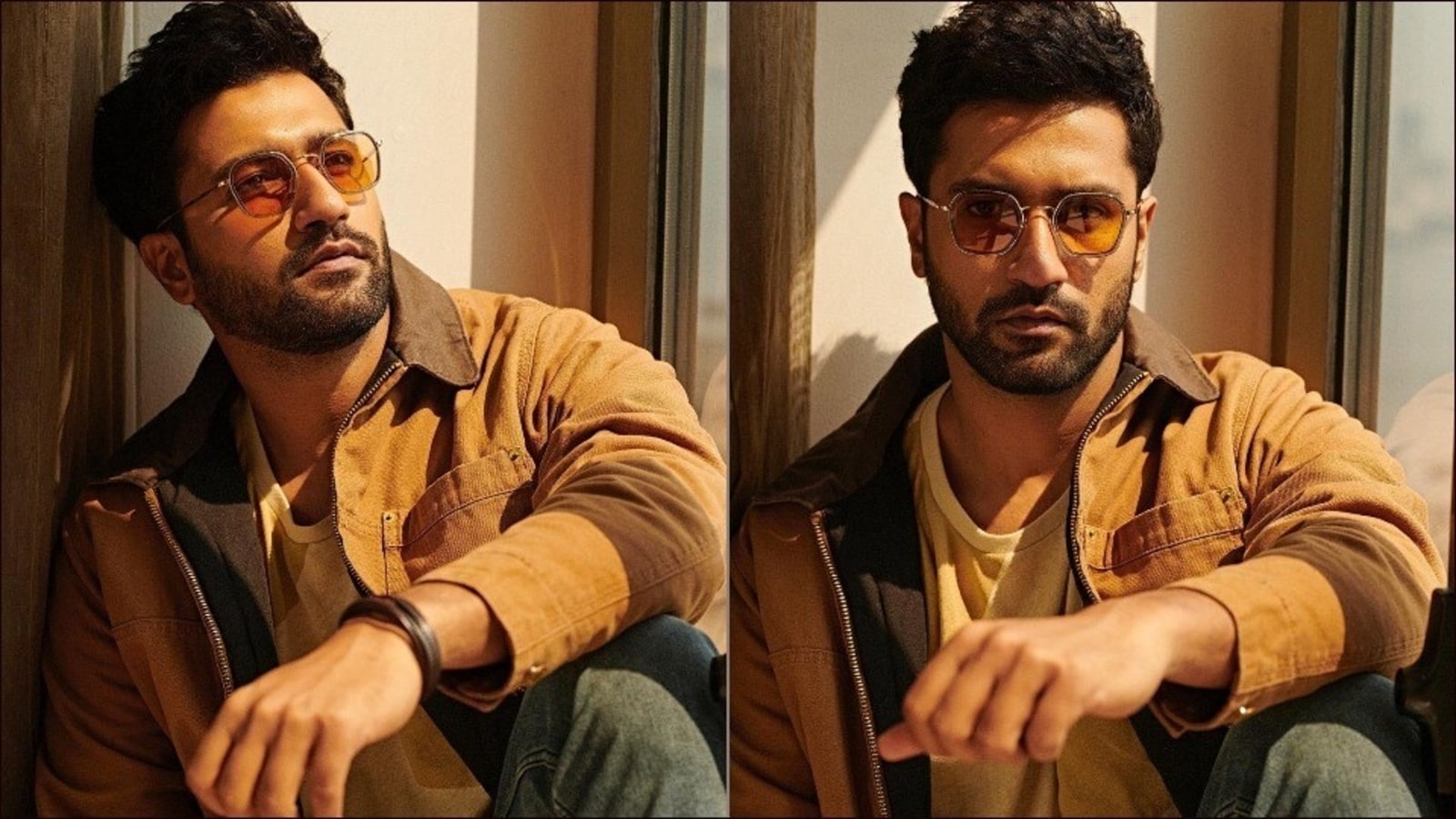 Rocking the fashion game in menswear currently with his incredibly sharp and modern wardrobe is Sardar Udham‘s lead actor Vicky Kaushal who recently slew a cozy, fall-ready style in a saddle brown denim jacket. Sizzling a hassle-free menswear style, Vicky stepped out for promotions in the beautiful brown denim jacket with navy blue jeans to achieve a laid-back getup with a contemporary spin and we are smitten.

Taking to his social media handle, Vicky flooded the Internet with a slew of his dapper pictures that showed him putting his sartorial foot forward. The pictures featured the Bollywood actor donning a casual round neck white T-shirt layered with the brown denim jacket to give an added touch of sophistication to the regular straightforward look.

The jacket came with a tan collar, full sleeves, a breast pocket, two side pockets and a zip front. He teamed it with a pair of blue denim jeans for a modern-looking off-duty look.

Leaving his bushy tresses in side-swept hairstyle, Vicky accessorised his look with a pair of yellow-tinted sunglasses and a brown leather wristband. Sitting by a window, Vicky posed for camera and nailed a few sun-kissed candid pictures.

Vicky Kaushal’s upcoming film, Sardar Udham is helmed by Shoojit Sircar and is based on the life of Sardar Udham Singh, a patriot who fought courageously against the British subjugation of India. The film focuses on his mission to avenge the lives of those killed in the Jallianwala Bagh Massacre of 1919.

Singh had assassinated Michael O’Dwyer, the former lieutenant governor of Punjab, on March 13, 1940, in London as a retaliation for the Jallianwala Bagh massacre of 1919. The film also stars Shaun Scott, Stephen Hogan, Banita Sandhu and Kirsty Averton in supporting roles.