Vaani Kapoor, in an ivory white jumpsuit, is a vision to behold | Fashion Trends 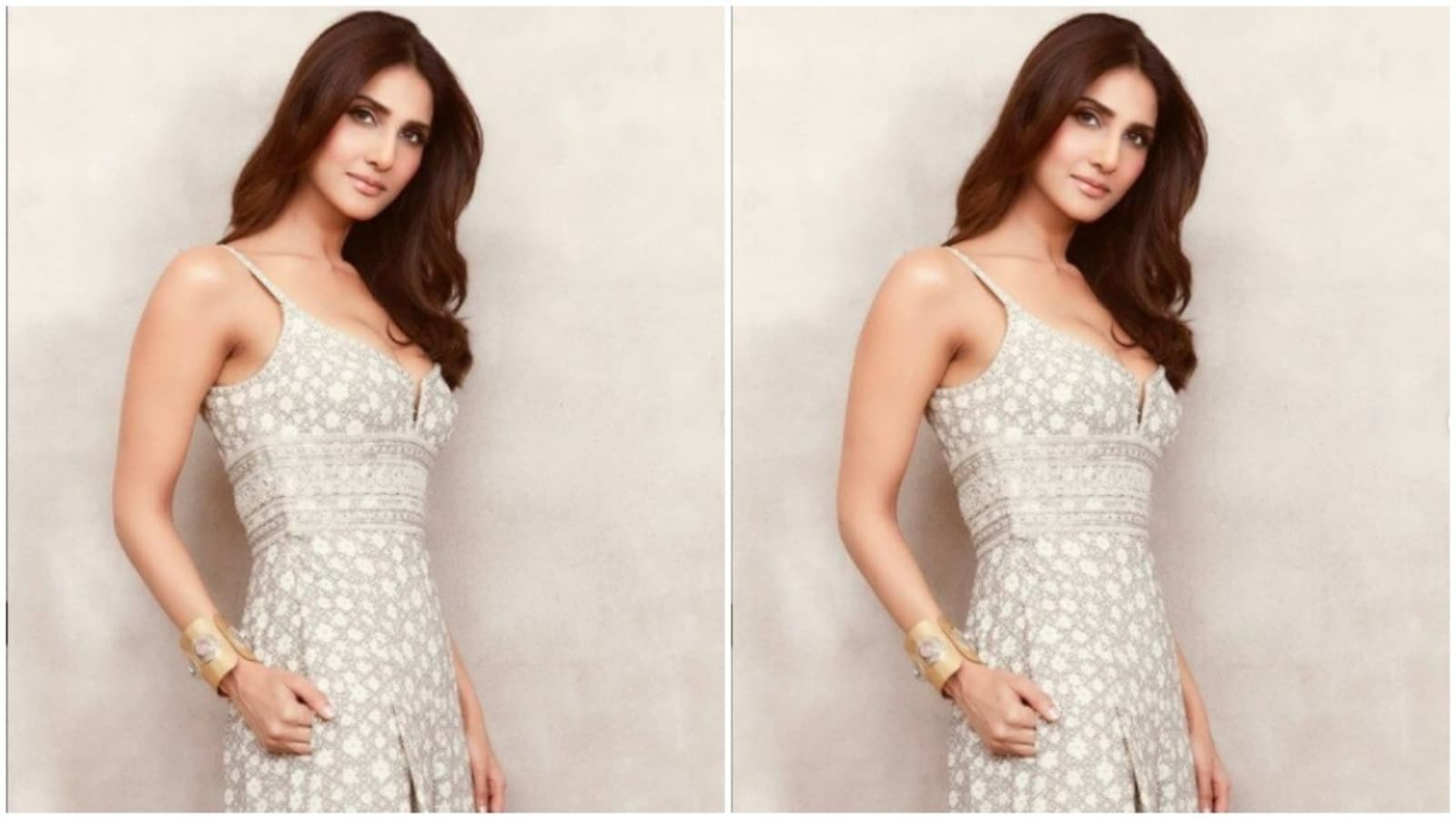 Vaani Kapoor is currently awaiting the release of her upcoming film Chandigarh Kare Aashiqui. The promotions of the film are on full swing. Often Vaani Kapoor and her co-star from the film Ayushmann Khurrana are spotted on their best of attires for the promotional events of the film.

On Wednesday, Vaani stepped out in a sheer ivory white attire and made her way right into the hearts of every fashion lover. Vaani’s pictures were shared by the fashion designer himself Tarun Tahiliani. The actor played muse to Tarun Tahiliani and picked the stunning ensemble from his wardrobe. The oyster printed ivory white jumpsuit came with slip-in details and a midriff-baring neckline. The attire is from the Pichwai series of the designer house.

With wide legs, the jumpsuit came with Pichwai motifs all over the jumpsuit and with dori details at the waist. Tarun shared a set of pictures of Vaani donning the attire and posing for the fashion photoshoot. “Vaani Kapoor is an iridescent vision in our oyster printed jumpsuit from the Pichwai series,” read an excerpt of the designer’s caption. Take a look at Vaani’s pictures here:

For footwear, Vaani opted for comfy slippers to go with the attire. Vaani accessorised her look for the day with a statement gold bracelet studded with white stones. Styled by fashion stylist Allia Al Rufai, Vaani wore her shoulder-length tresses open in wavy curls with a side part around her shoulders. The actor opted for a minimal makeup look. She decked up in nude eyeshadow, black eyeliner, mascara-laden eyelashes, drawn eyebrows, contoured cheeks and a shade of nude lipstick.

Vaani’s upcoming film, Chandigarh Kare Aashiqui, is a romantic drama that traces the love between Manvinder Munjal, played by Ayushmann Khurrana and Maanvi Brar, played by Vaani Kapoor. Directed by Abhishek Kapoor, the film is slated for a theatrical release on December 10.