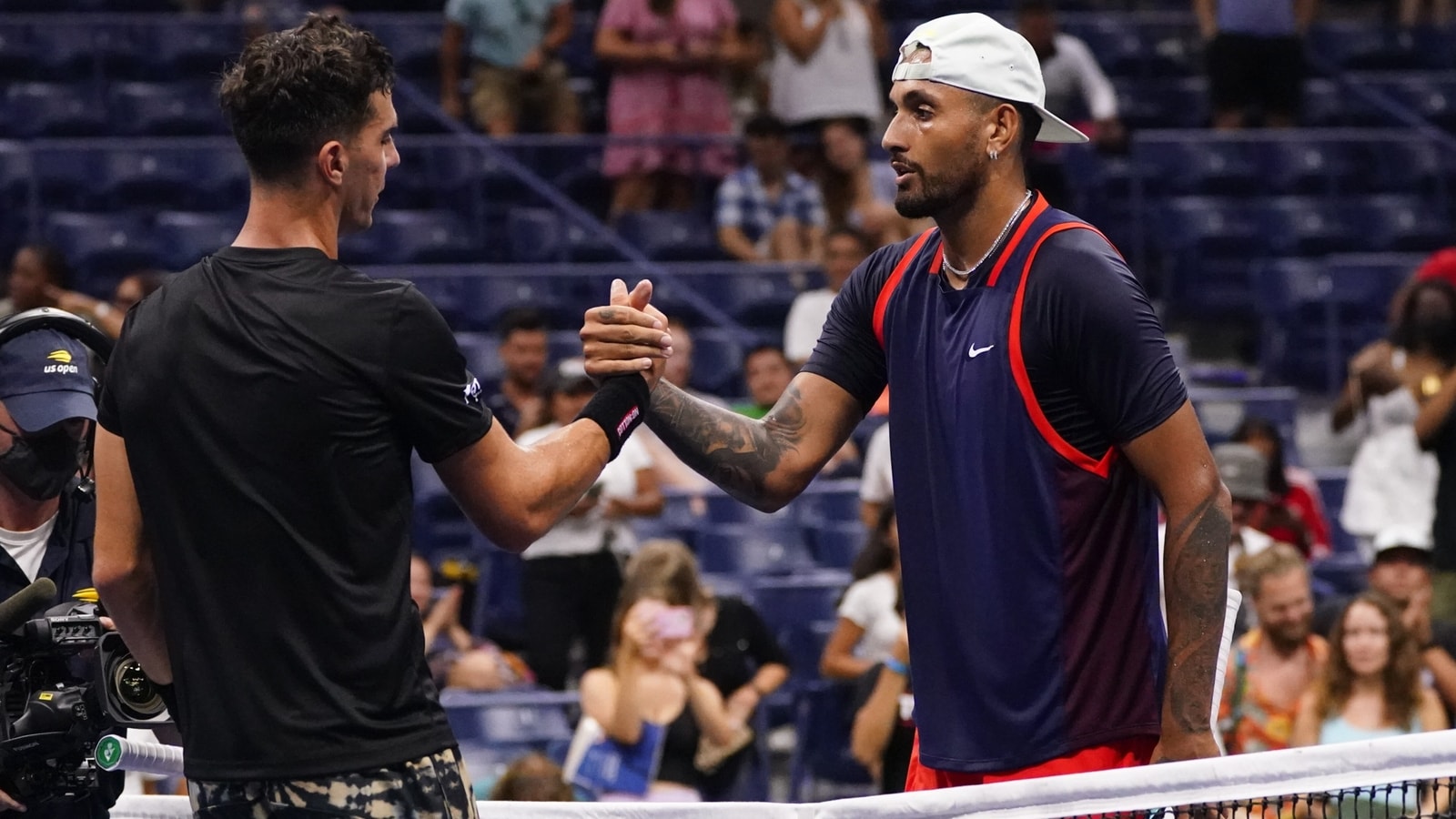 Australian Nick Kyrgios overcame his despair at seeing dear friend Thanasi Kokkinakis on the other side of the net on Monday, outclassing his compatriot 6-3 6-4 7-6(4) in the first round of the U.S. Open.

The doubles partners won together at the Australian Open but landed on opposite sides at the year’s final major, where an in-form Kyrgios kept his sublime year on track, never facing a break at Arthur Ashe Stadium in the battle of the “Special Ks”.

“Probably one of the most uncomfortable matches I’ve played in my career,” Kyrgios, 27, told reporters. “I feel like we both had a game plan. We know our games so well.

“From the get-go, I was trying to block out his body and just play the tennis ball. I was really trying not to look at him at all. I felt like that kind of helped me.”

The Wimbledon runner-up bounced out of the first round last year but took care of business in just a little over two hours this time around, leaping into the air to smash an overhead volley to seal a largely routine first set after breaking Kokkinakis in the penultimate game.

Kyrgios broke Kokkinakis to love to open the second set, firing off 14 winners – twice as many as his opponent – in a relatively pristine display.

Not willing to go down without a fight, the unseeded Kokkinakis whacked across 10 aces in the final set but was simply no match for the superb Kyrgios, who dropped only two of his first-serve points.

“I feel like there’s probably two players, two or three players, that after tennis I’m probably going to stay in contact with till I probably die, to be honest,” said Kyrgios, who swept the final three points of the tiebreak.

“Thanasi is one of them. It’s just really hard.

“The way I’m playing, the goals I have, I felt like I had a good opportunity in this tournament. When I saw his name, a mixture of emotions. Look, it is what it is. I felt I dealt with it pretty professionally.”

Since making his maiden major final at Wimbledon, Kyrgios won the Washington title and reached the quarter-finals in Montreal in a never-seen-before level of consistency from the temperamental Australian.

“I’m exhausted. 99% of the tennis tour doesn’t understand what it’s like to go on the road this long,” said Kyrgios, who will end his season after Flushing Meadows.

“It’s brutal. There’s babies being born in my family, mum is sick, dad is not well. I have to continue to travel.

“But I have no choice but to wake up and try and put in my best performance today. I’m not complaining. I’m just saying, like, it’s hard.”