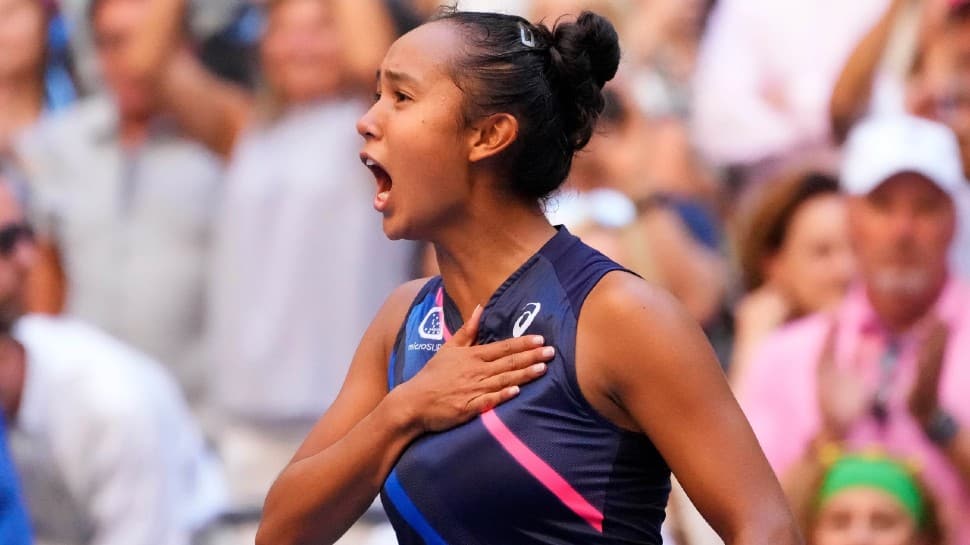 Canadian teenager Leylah Fernandez continued her US Open dream run on Tuesday (September 7) by storming into her first Grand Slam semi-final with a battling 6-3, 3-6, 7-6(5) win over Ukrainian fifth seed Elina Svitolina. It was yet another upset win for Fernandez but hardly a shock considering she had already knocked out four-time major champion Naomi Osaka in the third round and three-time Grand Slam winner Angelique Kerber in the fourth.

If there was any lingering worry that the fearless Canadian would buckle under the mounting pressure, Fernandez removed it by prevailing in a nerve-jangling third set tiebreak 7-5 to clinch a spot in the last four.

Rated one of the best players yet to win a major, Svitolina might have fancied her chances of returning to the US Open semi-finals against a 73rd ranked teen. But Fernandez, who celebrated her 19th birthday on Monday, has shown that she is no ordinary teenager after registering a string of upsets that have made her a Flushing Meadows darling.

Fernandez could be joined in the last four by compatriot Felix Auger-Aliassime, who takes on 18-year-old Spaniard Carlos Alcaraz later on Tuesday. “I would say it’s the maple syrup,” said Fernandez when asked what they were feeding them up north to make the Canadians perform so well at the US Open.

The confident Canadian has played to the raucous crowd, using their energy to help fuel a charge into the last eight and the Arthur Ashe Stadium crowd was once again in her corner on Tuesday. In a US Open hit by a number of big-name withdrawals, young talents such as Fernandez and 18-year-old Briton Emma Raducanu have stepped up to grab the spotlight in the absence of Roger Federer, Rafa Nadal and Serena Williams.

Raducanu will get her chance to follow Fernandez into the semi-finals on Wednesday when she takes on Olympic champion Belinda Bencic, But until then it is the charismatic Canadian stealing all the attention with her brash, gutsy play.

“If you haven’t seen the most exciting player at the US Open, 19-year old Leylah Fernandez, you’re truly missing out!! She… is on fire. She’s captivating the world!” tweeted NBA great Magic Johnson.

Svitolina came into the contest riding a nine-match winning streak and she had not dropped a set en route to the quarter-finals – Fernandez ended both. The Canadian lefthander had Svitolina off-balance from the start, denying the 26-year-old a single break opportunity as she bagged the opening set.

Playing with more aggression, Svitolina would get her chances in the second set as she broke Fernandez twice to build a 5-1 advantage. But the Ukrainian was still made to work for the set, Fernandez breaking back and threatening a second break before Svitolina would close out with an ace to level the match.

The secret to all the tennis success?

Fernandez, however, remained unfazed, getting a break in the third to go in front 4-2 before windmilling her arms to urge the crowd to respond to her effort which they did with a mighty roar.

Down 5-3 and with Fernandez serving for the match, Svitolina showed some fighting spirit of her own to break the Canadian and then held serve to get back on level terms. With the contest stretched into a deciding tiebreak, Svitolina might have been better equipped to handle the incredible pressure but again it was Fernandez who was rock solid as she pulled off another upset victory.