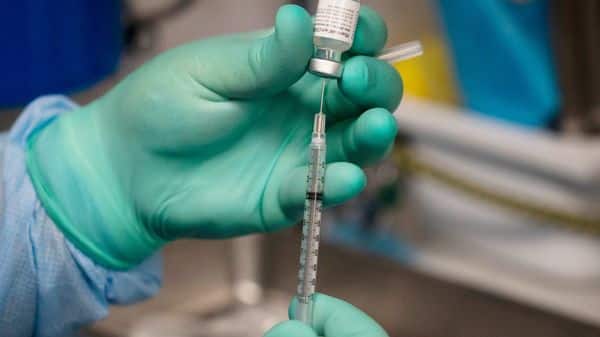 While RNA vaccines have received most of the attention thanks to the success of the Moderna and Pfizer BioNTech jabs, protein subunit vaccines (such as the Novavax jab) and non-replicating viral vector vaccines (Covishield is an example) account for half of all candidates in the clinical phase (35% and 15% respectively). DNA and RNA vaccines account for another 27%.

Some of these 125 vaccines, if successful, would be ideal for countries or regions where distribution is hard. Nineteen of the vaccines will need only a single dose, while three can be administered orally. All the oral candidates are in the Phase 1 of clinical trials, which tests for their safety. In all, 34 candidate vaccines have cleared the first two phases.

A wider pool of vaccines is a positive in the long term. However, increasing the supply of available vaccines is a more pressing issue, including for India, which is set to reopen vaccine exports shortly.

Kerala still accounts for 56% of the total new cases in the country. However, all 14 of its districts have shown a decline in cases in the past week, the first time since the cases started going up following Onam festivities. Seven states reported an increase in cases this week, with only Maharashtra and Mizoram reporting significant increases. Cases in Maharashtra grew by 20.8% since last week, owing to a reconciliation exercise on 4 October. As a result, 12 of its 36 districts saw an increase, with Palghar reporting 1,070 cases, three times higher than last week.

Mizoram has been reporting an increasing number of cases for 17 weeks in a row, even though its growth has slowed down to 3.3% in the past week. Aizawl, the capital district, accounted for 61% of Mizoram’s total cases, down from 64% last week. Cases in Saiha and Serchhip dropped by at least 15% this week to 507 and 420, respectively.

India reported 1,789 covid-related deaths this past week, the first time its death toll went below 2,000 since the third week of March. Eighteen states and union territories have reported fewer deaths this week compared to last. Four reported no change, while eight had zero deaths.

Kerala reported the highest number of deaths (846), followed by Maharashtra (351). While Kerala reported 8.6% fewer deaths this week, Maharashtra reported a marginal increase of 1.2%. However, six of Kerala’s 14 districts reported more deaths compared to last week. Deaths in Alappuzha doubled to 124. In Maharashtra, seven districts reported more deaths this week – in five of them – Amravati, Latur, Nagpur, Raigarh, and Sindhudurg, the rise has been less than 5 deaths each. In Satara and Solapur, deaths doubled to 52 and 44 respectively.

Averting a third wave with fast-paced vaccinations remains the most important way to prevent more deaths.

(howindialives.com is a database and search engine for public data)