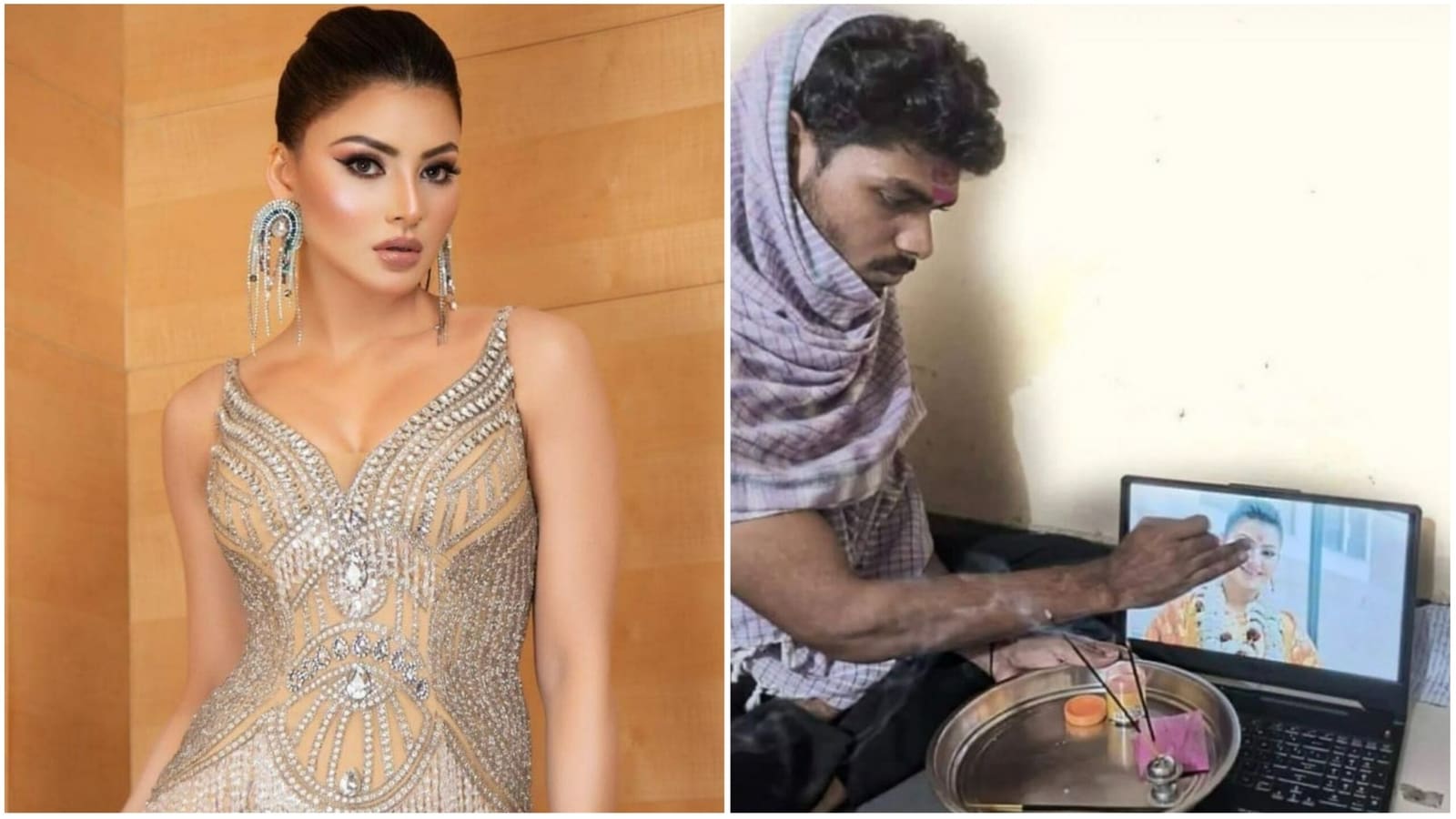 Urvashi Rautela has shared a fun picture of a fan where he was seen worshipping a picture of her (as displayed on a laptop’s screen) with incense sticks. She labelled the worship as “Urvashism”. She shared the picture on her Instagram Stories. (Also read: Urvashi Rautela attends Ind-Pak game after saying she ‘doesn’t watch cricket’)

The picture posted on her Instagram Stories showed a young man, holding a puja thali in front of a laptop. The thali is complete with tika, incense sticks and even an incense sticks holder. The laptop screen shows Urvashi in a traditional get up, wearing flower garlands. The man is seen putting a tilak on Urvashi’s forehead on the laptop screen. Urvashi shared the picture and simply wrote, “Urvashisms.” Her fans often share her pictures and videos with the hastag “Urvashism”.

Recently, Urvashi was the talk of the town when fans spotted her watching the recently held cricket match between India and Pakistan. She watched the Asia Cup match in Dubai and even shared a picture of herself from the stadium. Her appearance came just weeks after she claimed that she never watches cricket.

When a fan asked her about her favourite cricketer during an AMA session earlier this month, Urvashi replied, “I don’t watch cricket at all so don’t know any cricketers. I have deep respect for Sachin (Tendulkar) Sir & Virat (Kohli) Sir.”

Having participated in many beauty contests, Urvashi made her acting debut with Anil Sharma’s Singh Saab The Great in 2013 that featured her alongside Sunny Deol, Amrita Rao and Prakash Raj. Urvashi then went on to represent India at the Miss Universe pageant in 2015. She has since worked in films such as Great Grand Masti, Hate Story 4 and Pagalpanti.