Meire Santos in need of a kidney, here with her daughter, Melanie. 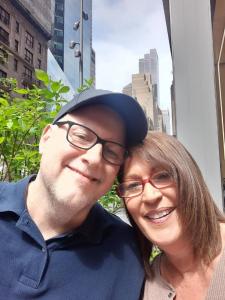 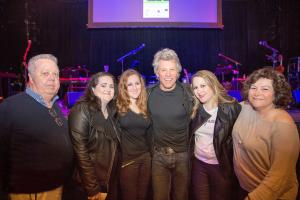 Altruistic supporters and the Flood Sisters Kidney Foundation are searching for a match.

Our goal is to transplant people in an effective, shortened amount of time with living donors.”

FAIRFIELD, CT, UNITED STATES, June 7, 2022 /EINPresswire.com/ — Greenwich, CT resident Meire Santos has worked as a housekeeper and caretaker for much of her life, and now she is fighting for it, in desperate need of a kidney. With the help of the Flood Sisters Kidney Foundation and three devoted families, she just might find a match.

A single mom of 10-year-old Melanie, Santos came to the United States from Poços de Caldas, Brazil in 1998 at the age of 20 to work as a family nanny. In time she came to work for Roseann Bleier’s family in Armonk, NY, and with Bleier’s help, Santos became a US citizen in 2015.

“She was my nanny, she raised my kids with me and has just been a wonderful part of my family ever since. She has been in my life for over 20 years,” said Bleier.

Last June, Santos began having severe headaches and high blood pressure, two common symptoms of chronic kidney disease. A month later, thinking she was having a heart attack, she went to the hospital, only to learn that both her kidneys were not working and that she had 14% kidney function.

“Originally I went to my doctor and they thought it was high blood pressure, but in the hospital, I was told that my kidneys were not working properly,” said Santos, who today has under 10% kidney function.

With no family in this country, Santos relies upon Bleier, who takes an active role, attending every doctor appointment with Santos. In an effort to avoid dialysis, Santos regularly visits a nephrologist, takes medication, and follows a special diet.

Ilyssa Londa, a longtime client of Santos from Scarsdale, NY, reached out to Bleier to learn how she could help. Londa took over the arduous process of working with insurance companies and Medicaid.

“I just said, whatever we need to do, let’s do it together,” said Londa. “You do what you have to do for someone, I don’t even think twice about it.”

Together, the team got Santos an interview on ABC in the hopes of finding a donor, but one did not emerge. They registered her with numerous donor organizations, networks, and Facebook groups, again with no results. Today they are putting their faith in the Flood Sisters Kidney Foundation to find a match.

The Flood Sisters Kidney Foundation, based in Chappaqua, NY, started after three sisters saved their father’s life from kidney disease by finding him a living kidney donor via Craigslist. The organization matches those in need of a kidney with potential donors, providing coordination and support every step of the way.

The Foundation has a track record of success. Just last month it celebrated its 13th successful transplant, bringing the donor and recipient together from across the country.

Taren Tanner, a 58-year-old Physical Education teacher from Pawling, NY, had over 50 kidney stones in his life and was on a kidney transplant list since 2017. A delayed diagnosis of sarcoidosis left his kidneys in ruin, requiring their removal and dialysis.

Kelly Dittmer, a mill operator living in Davenport, Iowa, read an article about a participant in the Flood Sisters Kidney Foundation program and reached out to see if she could help. As it turned out, she was Tanner’s match.

“When I was 17, I dated a guy who needed a kidney transplant, and donating has always been in the back of my mind. I saw him suffering and going through dialysis. After my husband died, I didn’t want anyone to be a widow if there was anything I could do to help,” said Dittmer.

After a progression of extensive testing, and delays due to infection and Covid-19, the transplant successfully took place at New York-Presbyterian Weill Cornell Medical Center in New York City on May 10.

“It can be hard to find a donor that is willing to stick it out with multiple changes. It’s phenomenal that the Flood sisters were able to find someone that has been so committed,” said Tanner who had previously been matched with four separate donors who didn’t advance for various reasons.

“It was truly incredible to find Taren a match, which was Kelly from Iowa. She is an amazing person and now Taren’s life has changed because of her selfless gift. It’s a story that we want to keep telling so others can be inspired to help more people like Taren,” said Flood.

Currently, the Foundation has four program participants in need of a kidney. With each member, the Flood sisters employ the same fighting spirit they offered their father, finding potential living kidney donors for people who need them.

For Santos and her daughter Melanie, the Foundation offers hope. Her supporters, Bleier, Londa, and Amy and Jared Sapirstein, are eager to find a match and are banking on the Flood Sisters.

“The only option she has to have a normal life is to get a new kidney. Her daughter needs her mother, she’s really got nobody else,” said Bleier. “Hopefully the right person will step up.”

“Our goal is to transplant people in an effective, shortened amount of time with living donors. If you are a patient in need or would like to test for Meire, please contact us,” said Flood.