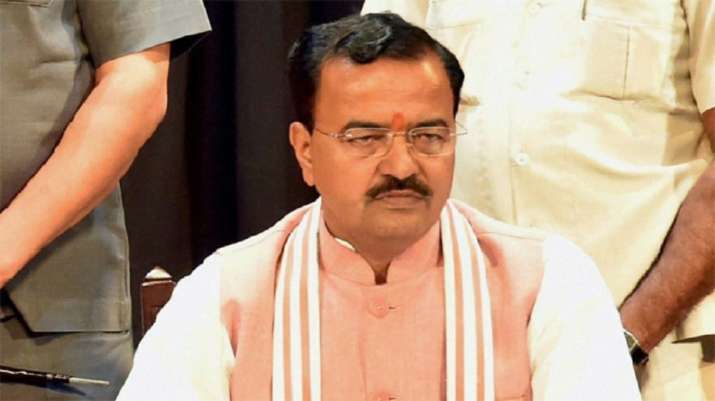 In a barb directed at the Samajwadi Party, Uttar Pradesh Deputy Chief Minister Keshav Prasad Maurya Thursday said those who used to hold iftar parties during their regime are visiting temples now.

In the fresh BJP attack on Akhilesh Yadav and his Samajwadi Party, Maurya said Thursday, “When there was his government in the state, he used to hold Roza-Iftar parties. When there was Kumbh during his regime, he did not go there to take a bath. But after the formation of the BJP government, he is visiting temples.”

“This is an ideological victory of the BJP,” he said.

Maurya was here to lay the foundation stone and inaugurate schemes worth over Rs 1,372 crores. He also announced schemes worth Rs 300 crores for the district.

“The same Akhilesh who used to turn his face after seeing Hindus has to take a dip in Haridwar and touch the feet of saints. Now he is declaring himself to be a Ram bhakt and Krishna bhakt,” he added.

In Kushinagar on Saturday, Adityanath had remarkedpeople who say “abba jaan” used to digest all the ration earlier.

While SP chief Yadav had hit back at Adityanath, saying the statements betrayed the “sanskar (values)” of the chief minister, Union minister and BJP leader Smriti Irani defended the his constitutional right to put forward his views.

The deputy chief minister Thursday also said that in the 2022 assembly polls, the BJP will get over 300 seats.

On Delhi Deputy Chief Minister Manish Sisodia”s promise of providing 300 units free electricity if his party wins the polls in Uttar Pradesh, Maurya said the AAP is running the Delhi government like a Nagar Nigam.

“They (AAP) will not get candidates for all the seats and will not be able to win a single seat in UP. In such a scenario, he is making promises only,” he added.

He said law and order situation under the BJP regime has improved and bulldozers are running on illegal properties earned through ill-gotten money.