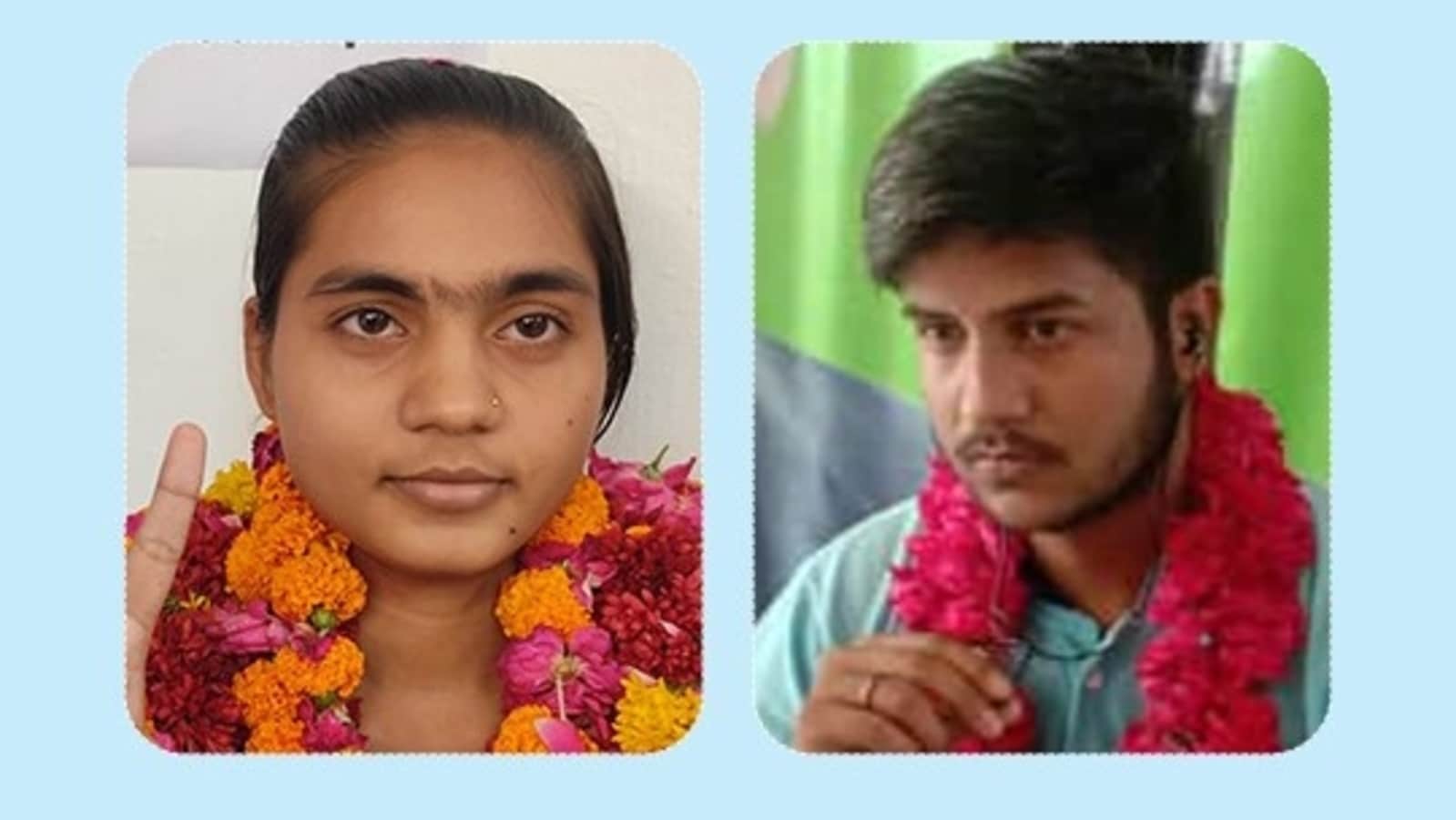 Farmer’s daughter Divyanshi from Fathepur topped the UP board Intermediate examination declared on saturday. She secured 477 marks out of 500 and 95.40 per cent from Jai Maa Sarswati Gyan Mandir Inter College in the Fatehpur district of Uttar Pradesh.

She wants to pursue her career, she expressed her desire to become an IAS officer and work for women’s welfare. Divyanshi also expresses dissatisfaction with trends of online classes in educational institutes, claiming that offline classes were superior in many ways. Divyanhsi credits her being away from social media and not watching television as one of the reasons she could concentrate on her studies. “I did not want any distraction and wanted to focus entirely on my studies,” she said.

Divyanshi’s father Radha Krishna Agrahari is a farmer and owns seven bighas of land, and she has four sisters and a brother. “She used to study for eight hours a day, and she attended coaching along with online classes that helped her a lot in securing such good marks,” said Divyanshi’s father. He also informed that Divyanshi was always sharp in her studies and had obtained 13th rank in high school with 93.05% marks, and this time also, he was confident that she would get a higher rank in 12th.

Yogesh Pratap Singh of Barabanki stood joint second topper getting 475 out of 500. He secured 95%. He obtained 98 in mathematics, 96 in both Hindi and English, 94 in chemistry and 91 in Physics. “I’m elated after securing such a good result. The percentage was highly expected but securing the second position was not,” said Yogesh.

“The celebration would be doubled when I will meet my parents,” said Yogesh, whose father is a peasant and mother is a housewife.

When asked about his strategy, he says that he started preparing in April last year with 5-6 hours of daily study. “I never took any coaching for any help. However, youtube and the Internet played a big role in understanding concepts,” he added. He also admits that Physics and Mathematics are his favourite subjects.

Yogesh dreams of becoming an IAS in future and looking over the country’s administration. Besides, he is also interested in playing sports such as cricket.

Ashok Kumar, Principal of the school, Sri Sai Inter college, Barabanki, said it is genuine to feel happy as our student has topped second in the entire state. Apart from the school, the student himself was talented and laborious. To keep this saga continuing, we are also preparing our school children to crack exams like IIT and NEET.

Prakhar Pathak from Kanpur Nagar stood joint fourth rank along with three others. He scored 470 out of a total of 500 marks with 95 per cent. He credits his school teachers and parents for achieving the fourth rank in the examination. Prakhar dreamt of his name on the list of toppers, but he never expected that this could prove true. However, he was sure of getting 90 plus marks in the examination. When asked about his future course of action, he expressed his desire to pursue his career in B.Tech from IIT.

Taking a pragmatic approach to the COVID 19 pandemic, Prakhar thinks we should fetch positive from negative. During covid time, we were able to save a lot of time and focus on our studies which were wasted earlier due to travel time in school. He also gave a message to his friends who he thinks are equally deserving but could not get good marks and said that one should try to become a topper in life even if they could not become the exam topper