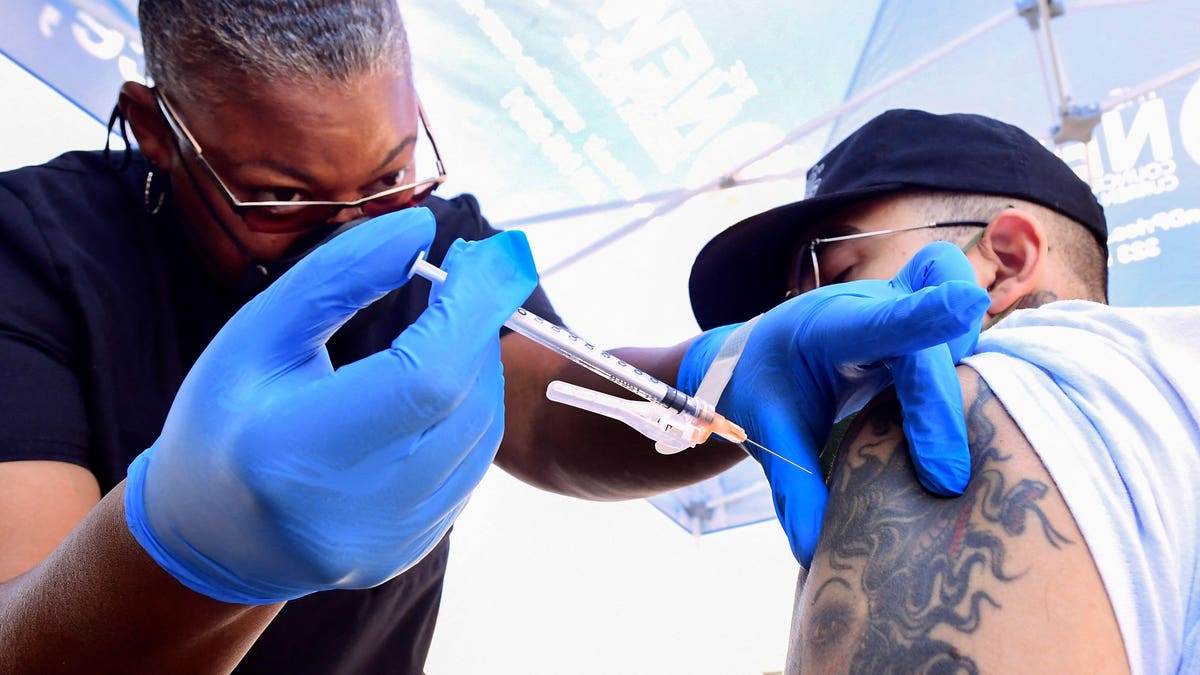 The Delta variant has caused an explosion in Covid-19 cases across the U.S. but the surge in infections is not equal: states with lower vaccination rates are seeing the highest levels of spread.

Louisiana has recorded the most cases per 100,000 residents (43) in the last seven days of any state in the country, and infections have surged 224% in the last two weeks.

The state—the second poorest in the nation—also has one of the lowest vaccination rates in the country, having fully inoculated just 36% of its population.

Arkansas (39), Florida (38), and Missouri (36) have recorded the next highest number of cases per 100,000 residents in the last week, with the Sunshine State experiencing a 227% increase in infections in the last two weeks.

Arkansas has also fully vaccinated just 36% of its population, while Missouri has inoculated 40% and Florida 48%.

Alabama and Mississippi have the lowest vaccination rates in the nation, having both fully inoculated just 34% of their populations.

49%. That’s the percentage of the U.S. population that’s fully vaccinated against Covid-19. None of the 10 states now experiencing the highest infection rates has eclipsed that number. The closest is Florida, which has inoculated 48% of its population, followed by Alaska at 45%.

Cases are surging in the U.S., but infections remain far below previous spikes. The U.S. recorded 46,318 new cases on Wednesday, more than four times the amount of infections it posted a month ago. However, the totals are far below the some 200,000 cases the U.S. was recording back in December and January.

The highly infectious Delta variant now accounts for 83% of cases in the U.S., Centers for Disease Control and Prevention Director Dr. Rochelle Walensky said this week. Health experts have stressed Covid vaccines are highly effective in preventing serious illness caused by the new variant, though there is evidence of some breakthrough infections.

On Friday, Walensky warned the surge driven by the Delta variant was “becoming a pandemic of the unvaccinated.” “Our biggest concern is that we are going to continue to see preventable cases, hospitalizations and, sadly, deaths among the unvaccinated,” Walensky added.

What To Watch For

So far, Covid deaths and hospitalizations have yet to surge across the country the way cases have, though both are so-called lagging indicators. Nevada has recorded the most Covid hospitalizations per 100,000 residents in the last seven days (28), followed by Missouri (25), Arkansas (23), and Florida (21). Hospitals in these states have reported a surge in Covid patients, with frontline workers in Nevada telling ABC News they’re “reliving 2020.”

Polling and on the ground data continues to show Republicans remain one of the biggest roadblocks to vaccinating the country. All of the 18 states that reached President Joe Biden’s goal of partially or fully vaccinating 70% of their adults by July 4 voted for him in 2020. A recent CBS/YouGov poll found 29% of Republicans say they won’t get vaccinated, compared to just 6% of Democrats.