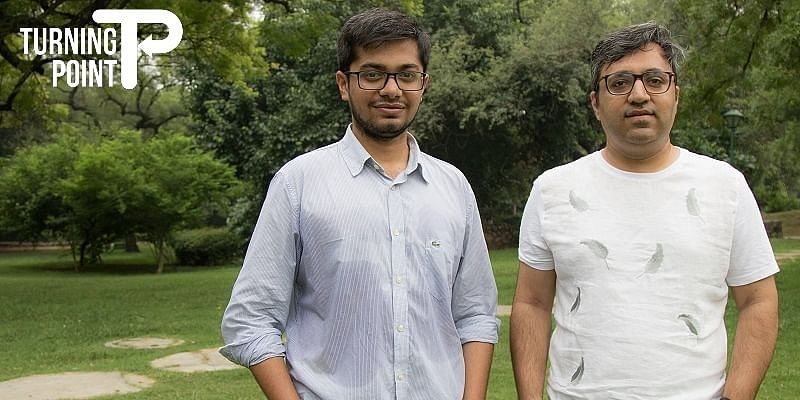 During a tech event in 2018, IIT Delhi alumni Ashneer Grover and Shashvat Nakrani discussed about the challenges faced by the fintech industry. The gaps stuck in their minds. And in less than three months, they launched fintech startup BharatPe, which is now expecting to hit $6 billion in annual transactions by 2022.

Delhi-based BharatPe empowers shop owners to accept payments from any payment app for free. Merchants can sign up instantly and start accepting payments directly into their bank account and have the flexibility to earn up to 12 percent interest on those payments and even take loans whenever they need. BharatPe makes payment acceptance simple by offering merchants a single QR to accept all payment apps such as Paytm, PhonePe, Google Pay, BHIM, and more than 150 other UPI apps.

“The Indian SMB is hardwired to pay interest. But SMB owners need not pay additionally for the convenience of technology. Their gross margins are less than 15 percent. They want solutions that can put cash in their hands and not take it away from them,” Ashneer had told YourStory earlier.

From an event to starting up

At the event in 2018, Ashneer and Shashvat discussed how technology, data, and underwriting could come together as a full-stack solution for SMB owners in India, which led them to start BharatPe. They invested their personal savings and started working on their startup. The idea was to be different from Paytm and PhonePe, which were using closed-loop QR codes at the time, although UPI allowed them to be interoperable, according to the founders.

“Everyone would ask what I would get from going after a company like Paytm, valued at $15 billion, and PhonePe, valued at $10 billion. I told them we were not a QR code company, but I could only convince my family and friends, who put in Rs 1.92 crore to help us build the business,” recalls Ashneer.

The co-founders, along with their eight-member team, soon signed their first thousand customers. Ashneer remembers signing up retailers in Galleria Market (Haryana) and Nehru Place (Delhi) to use digital payments with QR codes. He also told them that once they do 1,000 transactions using BharatPe’s QR code, the startup could lend them money to manage their business.

By January 2019, BharatPe had signed up more than 50,000 retailers, who were doing over 1,000 transactions per day using QR codes. At the same time, PhonePe launched interoperable QR codes and was signing up SMBs fast.

In 2019, Shashvat moved to Bengaluru to build BharatPe’s southern operations and to sign up many more SMBs. It also entered the lending space. And since then, there has been no looking back for the fintech company.

It is reportedly in advanced stages of talks to raise about $350 million in a new financing round led by Tiger Global, with which it will enter the unicorn club.

As of today, BharatPe claims to have reached more than 50 lakh merchants across 65 cities, facilitating disbursement of over Rs 800 crore to its merchants since launch. It is now aggressively hiring to launch a slew of products in merchants space as well as consumer lending space.