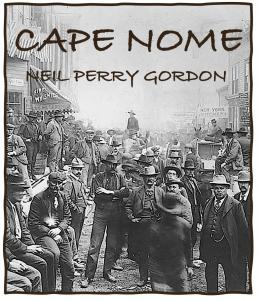 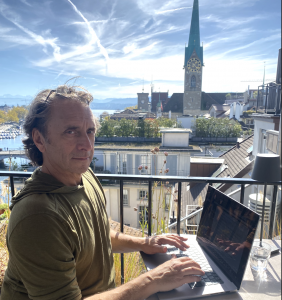 NOW AVAILABLE AS A BOX SET

Beautifully written historical fiction that will transport you to the time of the Gold Rush and will show you how hope and truth can endure, even when the world seems determined to hide them.”

Hope City
Hope City is the adventure story of Samuel Rothman and his best friend, Liam Kampen, two teenage boys from San Francisco who, in the summer of 1898, venture into the goldfields of the Alaskan wilderness. Warned by his father to conceal his Jewish heritage from the ruffians he may encounter, Samuel changes his name to the less conspicuous Percy Hope. This fateful decision gives a yet-unnamed mining village a new identity and catapults Percy into a world where the good and the righteous must face greedy and ruthless adversaries. Along a waterway known as Turnagain Arm, the newly named Hope City and the more established Sunrise are like opposite sisters. The good and virtuous Hope, with a Catholic church led by the influential Reverend O’Hara, admonishes residents against committing the seven deadly sins. In Sunrise, villainous saloon owner Magnus Vega tempts prospectors with whiskey, gambling, and women. Hope City weaves the tale of a young man falling down a proverbial rabbit hole of unexpected toils and hardships and struggling to find his way back out, amid a wild and unforgiving environment where ambitious men and women seek their fortunes

Cape Nome
It’s 1898, and one of history’s most abundant gold discoveries has shaken awake the desolate city of Cape Nome, Alaska. This monumental find by John Brynteson, Jafet Lindeberg, and Erik Lindblom earns them the moniker of the Three Lucky Swedes. News of their good fortune spreads swiftly, and by the summer of 1900, tens of thousands of dreamers trek over land and by sea to the mines surrounding Anvil Creek and upon the Bering Sea beaches, where gold deposits pepper the soft sands. Cape Nome chronicles the continuing adventures of Percy Hope, following his exploits two years earlier in Hope City. Percy, now a journalist for William Randolph Hearst’s San Francisco Examiner, is sent on assignment to Nome to report on the next great stampede. Along the way, Percy encounters and befriends the legendary gunman Wyatt Earp and his spirited wife, Josephine, as well as an assemblage of amusing, disarming, and sinister characters, including a sea monster known as the Qalupalik. Cape Nome is a riveting story of betrayal, murder, kidnapping, and government conspiracies, all of which form the backdrop for Percy Hope’s struggle to uncover the truth in a world poisoned by greed, deceit, and lies.

Denali
The final book of Neil Perry Gordon’s Goldfield Trilogy begins in the autumn of 1901, when Percy Hope ventures off to New York City’s Lower East Side in search of his six-month-old son, Walter, and Walter’s mother, the fugitive Peggy Greenburg. Along the way, Percy stumbles upon an intriguing journal left behind by the late Magnus Vega, who tragically drowned a year earlier in the Bering Sea. Magnus’s detailed account chronicles his voyage into Alaska’s unforgiving winter wilderness and includes a cryptic map that sends Percy and his best friend, Liam, on a whirlwind quest to track down a lost fortune of gold, outmaneuver notorious gangsters, and uncover the metaphysical mystery behind what happened to Magnus within the glorious ice caverns under North America’s tallest mountain peak, Denali. Denali is the conclusion of the Alaskan adventures of Percy Hope and the colorful cast of characters he encounters. Throughout this trilogy, he abides by the timeless advice of his mentor and fellow author Jack London, who once proclaimed, “You can’t wait for inspiration, Percy. You must go after it with a club.”