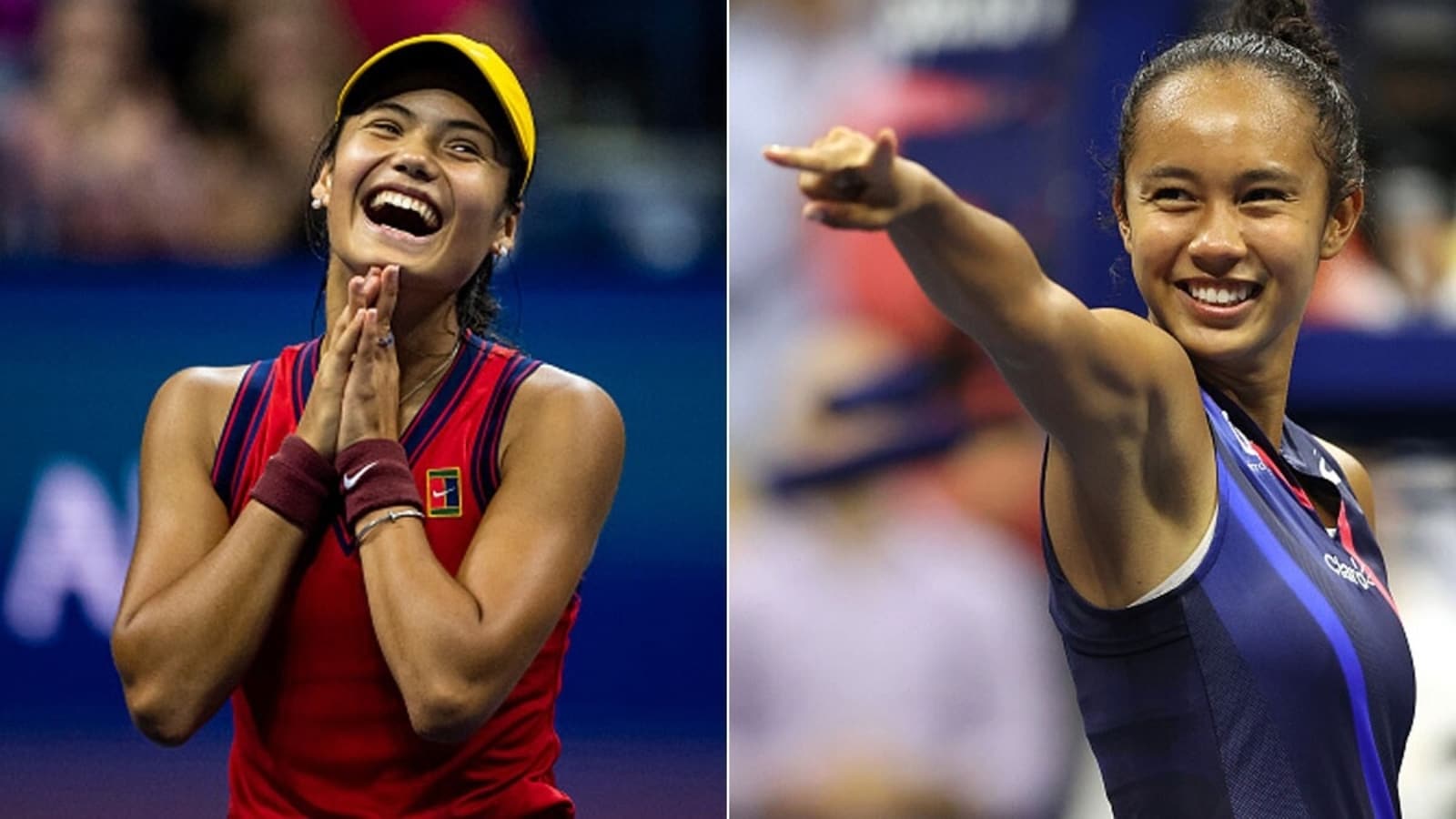 As the year’s final Grand Slam reaches its climax, the absence of two of the “Big Three”, Serena Williams’ chances of winning Slam No. 24 being held up due to injury and four-time Slam champion Naomi Osaka’s early loss another break from the game to address mental health have all hardly been a footnote.

Global tennis fans instead have been captivated by two breakthrough stars at the US Open. The teenagers have mesmerised fans in the stadium and millions watching on TV with their freshness, flair and fighting spirit on court and candour off it.

Emma Raducanu, 18, and Leylah Fernandez, 19, are the first all-teenage Grand Slam singles finalists since Serena beat Martina Hingis at the 1999 US Open.

Canadian Fernandez, two months older to Raducanu, made her Slam debut last year, won her first WTA title this year and is ranked 73rd in the world. British player Raducanu, also born in Canada, played her first Slam only at this year’s Wimbledon and is world No. 150. A qualifier at Flushing Meadows, she had her flight ticket for an early departure. She is yet to drop a set in nine matches.

Theirs are incredible stories; two youngsters daring to dream, displaying the tenacity as children of immigrant parents as well. It’s not the first time we’ve heard such heartwarming stories in women’s tennis in the last few years.

Since the start of 2019, seven of the 10 Grand Slam women’s singles winners have been under 25. The exceptions are Simona Halep (29), Barbora Krejcikova and Ashleigh Barty, both 25 when they won this year’s French Open and Wimbledon respectively. The list includes Osaka, who has added three Slams after her first win as a 20-year-old at the 2018 US Open. Barty, at 23, won her maiden Slam at the 2019 French Open, Bianca Andreescu won the 2019 US Open at 19, Sofia Kenin at 21 captured the Australian Open last year and Polish teenager Iga Swiatek took Paris by storm a few months later. Another teen would have joined the young winners’ club by Sunday.

The rankings too reflect the strides GenNext is taking in women’s tennis. Seven of the top 10 in the WTA rankings are 25 or under. The oldest Slam champion in it, Garbine Muguruza (27), is currently 10th.

Then there are some who are touted to join the elite. Like Coco Gauff. The American made the Wimbledon Round of 16 as a 15-year-old. Since then, she has reached two Slam pre-quarterfinals and the French Open quarter-final this year. And a US Open final, though in doubles, adding a fun chapter to the teen tales of New York this year.

The older generation feels the change. “It’s always nice to see the young girls coming,” said Hsieh Su-wei, who, at 35, made her maiden Slam quarter-finals at the 2021 Australian Open. “They’re pretty, they have energy and they have different games. It’s an exciting refresh for the tour.”

As exciting as it is, it comes with cautionary notes. While Osaka and Barty have built on their early promise, Andreescu, Kenin or Swiatek have slipped since their initial bloom, due injury or dip in form. Jelena Ostapenko, the 2017 French Open winner, and Sloane Stephens, the US Open champion that year, too are examples.

Aryna Sabalenka, world No. 2 at 23 with 10 WTA titles, hasn’t found Slam success yet. She felt the carefree mindset can’t last. “You’re kind of feeling this crush and you’re using it, hitting the ball, not really thinking, everything is going in. This is a nice kind of feeling. I felt it before “this is cool”,” she said after her semi-final loss to Fernandez. “But the question is when will you start to understand what’s going on and where you are… how well can you deal with all these expectations… all this pressure?”

Raducanu already knows. An overnight sensation at Wimbledon, the Briton pulled out of the last-16 clash after struggling to breathe and feeling dizzy on court. She admitted later that the “whole experience caught up with me”.

Osaka, at 23 has led the way with her tennis and stand on social issues. She recently highlighted her mental health battles. After being away from the game between the French Open and Tokyo Olympics, she has taken another break after the third-round loss in New York. Osaka said she feels more relief than happiness when she wins and great sadness after a loss, pointing to the pressures of stardom. For Gauff, it is about keeping the joy of playing tennis alive in her.

It is easier said than done. Shelby Rogers, 28, who beat Barty but lost to Raducanu, summed it up. Asked what advice she’d give Raducanu, she said: “Buckle up. It’s a long ride.”