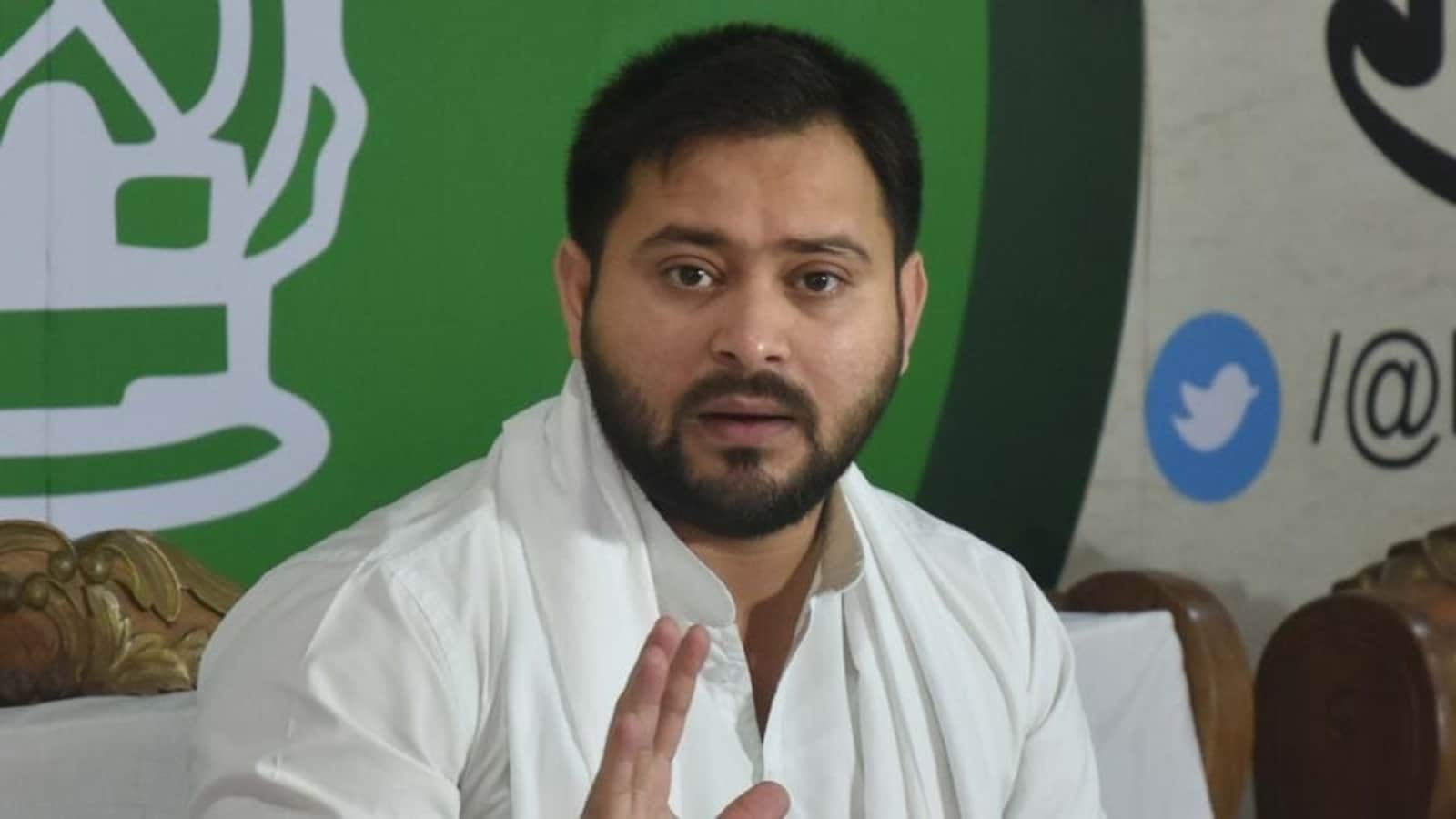 “I will fulfill the promise of providing 10 lakh jobs, if I become the chief minister, right now I am the deputy chief minister,” Singh quoted Tejashwi on Twitter, poking fun at the RJD leader.

“Don’t be so shameless,” Tejashwi replied, adding that the plight of the BJP is because of the idiotic acts of such people who share “edited videos”.

“Having a one-foot-long braid does not make one knowledgeable,” he wrote on Twitter, sharing a video of his full reply. “These poor guys have no face in Bihar. Listen to this full video.”

In the complete video, Tejashwi can be heard saying that chief minister Nitish Kumar has discussed the matter with him and he is serious about job creation. The deputy CM added that Kumar has directed the officials to provide as many jobs as possible.

“You know there is a vote of trust pending. Once the vote of trust is over and the government is formed, it will happen, definitely happen,” he told the Zee News interviewer.

In an interview with Hindustan Times, Tejashwi said that the RJD made education, health care, irrigation, and employment the main focus areas during the 2020 elections and the party is committed to upgrading education and health systems, focus on the farm sector for better productivity, and also create avenues for jobs.

“Yes, we’re working on a plan to create big job opportunities for the youth, and it will be implemented soon,” he said.