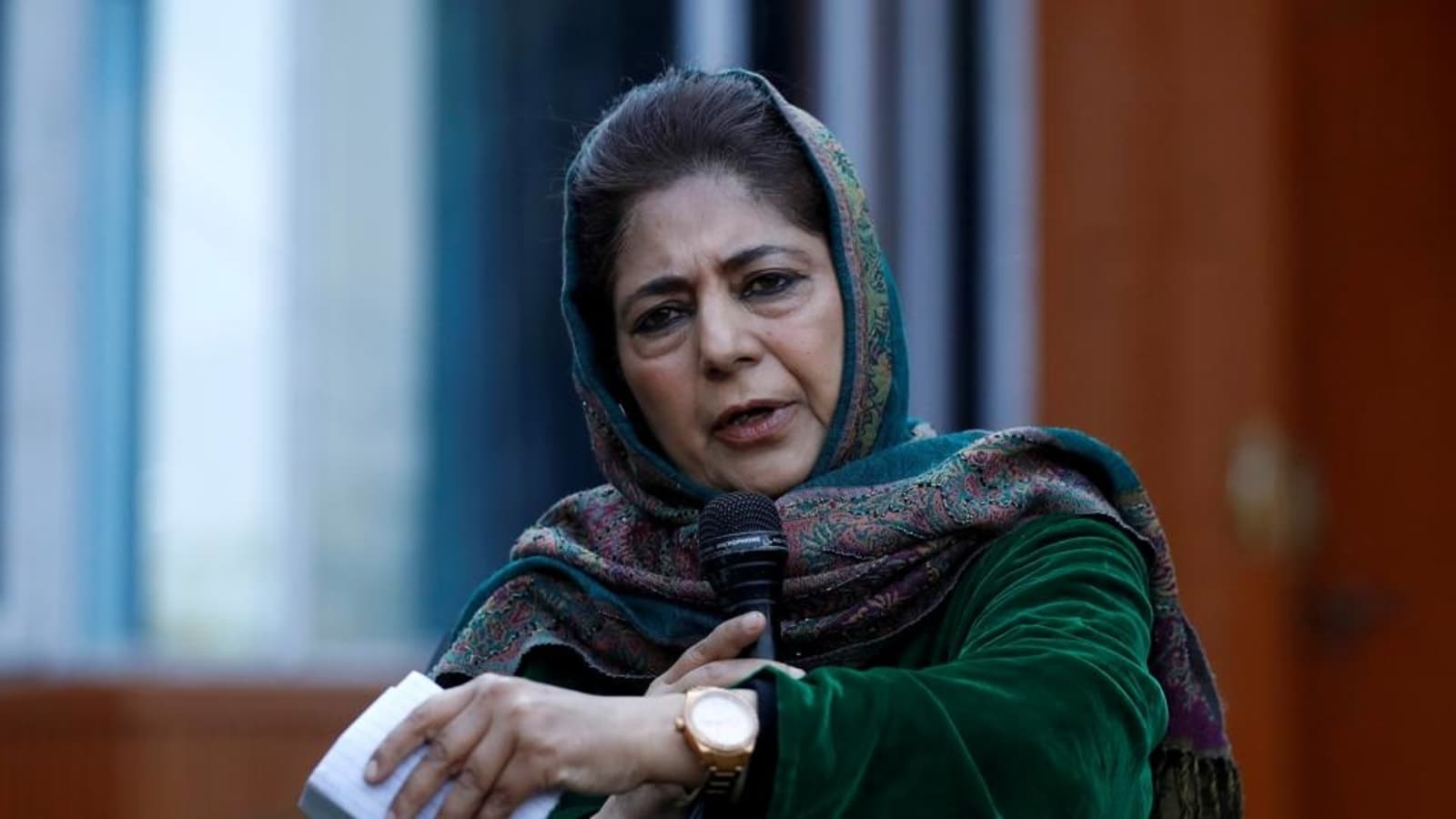 Mehbooba Mufti, the president of the Peoples Democratic Party (PDP), on Wednesday said that the Taliban are a new reality and if they follow the ‘real’ Sharia Law, they can set an example for the world.

Talking to reporters, the former Jammu and Kashmir chief minister said, “Taliban is emerging as a reality. They had an image of anti-human rights during their first rule [in the 1990s]. They have come to power again and if they want to govern Afghanistan, they should follow the real Sharia law and not their interpretation of it.”

Mehbooba said the Islamist militant group must follow the ‘real’ Sharia law that Islam states that consists of women’s and children’s rights.

“If they follow [the real Sharia law] and govern Afghanistan accordingly, then they will be able to share business relations with other countries of the world,” she was quoted as saying by news agency ANI.

Mufti, however, noted that if the insurgents go back to their old regime of the 1990s, it will be trouble for the entire world and especially for Afghanistan.

#WATCH | Taliban is emerging as a reality. They had an image of anti-human rights during their first rule. They can set an example for the world if they follow the real Sharia law which includes women rights,& not their interpretation of Sharia: PDP chief Mehbooba Mufti in Kulgam pic.twitter.com/00vTqNdKXQ

Mufti’s comments come soon after National Conference (NC) chief Farooq Abdullah said that he hoped the Taliban will “deliver good governance” in Afghanistan. “I hope they (Taliban) will deliver good governance and follow Islamic principles in that country (Afghanistan) and respect human rights. They should try to develop friendly relations with every country,” he told reporters.

However, he quickly came under fire for indirectly lending a supportive hand to the insurgents. Addressing this, the party tweeted on Wednesday and blamed the “channels” for “twisting words and misrepresenting the intended meaning.”

The Taliban, meanwhile, announced an all-male cabinet on Tuesday – despite their earlier assurances that it will create “an inclusive” government. The ministers inducted into the cabinet – which came after weeks of wait and speculation, include terrorists Mullah Hasan Akhund and Sirajuddin Haqqani, who have been selected to be the new Prime Minister and the home minister of the Taliban government in Afghanistan.

Furthermore, the interior minister Sirajuddin Haggani – who has reportedly been a senior member of the Taliban since 2016, is on the FBI’s ‘most wanted’ list with a bounty of $10 million on his head. The United States terms him as a “specially designated global terrorist” who shares close links to the terrorist group al Qaeda.