Taarak Mehta Ka Ooltah Chashmah July 21 recap: Despite all attempts by Jethalal, Bappuji finds out that Bagha is drunk 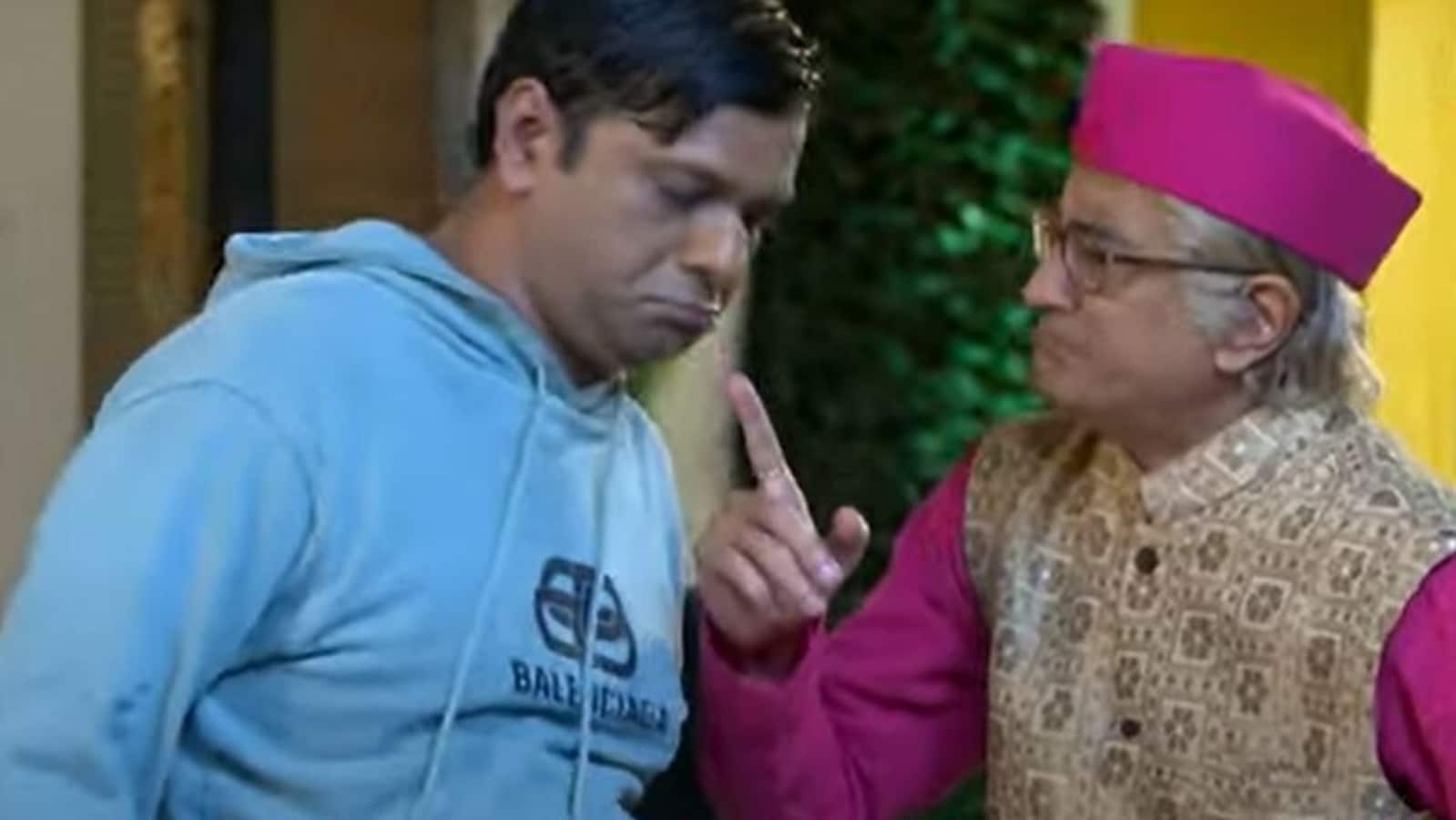 In the latest episode of Taarak Mehta Ka Ooltah Chashmah, Gokuldham Society members try their best to catch hold of Bagha. While Jethalal and Mehta do their best to keep Bappuji in check, the rest of the folks are seen outside, running behind Bagha to catch hold of him. As soon a Mehta finds an opportunity, he too runs out in hot pursuit of Bagha only to find him atop gazebo.

Bhide suggests that Madhavi, Komal and Anjali should go ahead with their dinner as the men folk try and get Bagha down, but they refuse. Madhavi suggests telling Bagha that he has got a call from Bhavari and that he should come down to talk to her but Bagha refuses to budge.

Thinking of another plan, all suggest that he should come down so that all can dance together, but Bagha doesn’t agree to that too. Instead, he wants them to dance which he will watch, he says.

Inside, a worried Bappuji is pacing up and down, with Jethalal doing his best to stop him from venturing out. He offers to call Mehta to figure out the situation outside. But out there, all are dancing in a bid to get Bagha to climb down.

Jethalal then requests the DJ to play Garba music, encouraging Bappuji to join too. Finally, Bappuji decides to go out and figure out the situation for himself. But just when he walks towards the door, a clever Jethalal pretends to have hurt himself. The plan fails and Bappuji sprints out looking for Bagha, who is again on the run with everyone looking for him. It is here that Bagha bumps into Bappuji who smells alcohol on him. Bappuji is, of course, livid.

These outfit preferences will reveal your BLACKPINK bestie out of Jisoo, Jennie, Rosé & Lisa