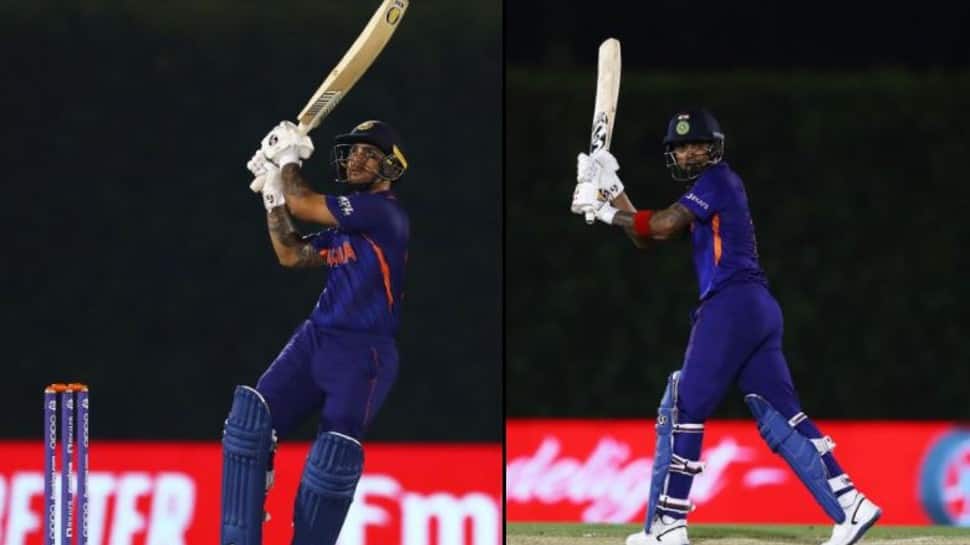 Ishan Kishan and KL Rahul played knocks of 70 and 51 respectively as India chased down 189 to defeat England by seven wickets in the warm-up match of the ongoing T20 World Cup here at the ICC Academy Ground on Monday (October 18).

Chasing 189, India got off to an excellent start as opening batters KL Rahul and Ishan Kishan put on 59 runs inside the first six overs. Rahul continued with his form and he brought up his half-century in the 9th over of the innings. However, Rahul (51) lost his wicket to Mark Wood immediately after reaching the landmark and this brought an end to the 82-run opening stand.

Rahul’s wicket did not slow the run-rate down for India as Kishan kept on going on his merry way and he brought up his fifty off just 36 balls in the 12th over of the innings. However in the 13th over, Liam Livingstone got the better of Virat Kohli (11), ending the 43-run second-wicket stand, reducing India to 125/2.

Kishan eventually retired hurt after playing a knock of 70 runs and this brought Suryakumar Yadav to the middle with Indian still needing 39 runs for the win. However, he did not manage to stay at the crease for a long haul as he departed after scoring just 8.

In the end, Rishabh Pant (29*) and Hardik Pandya (12*) took India over the line by seven wickets with six balls to spare.

Earlier, Jonny Bairstow and Liam Livingstone played knocks of 49 and 30 respectively as England posted a total of 188/5. Sent into bat, England got off to a quickfire start as opening batters Jason Roy and Jos Buttler put on 36 runs inside the first four overs, but the introduction of Mohammed Shami paid dividend straight away as he clean bowled Buttler (18) in the fourth over of the innings. Shami then next removed Roy (17) in the sixth over and after the end of the powerplay overs, England’s score read 51/2.

Dawid Malan and Jonny Bairstow put on 30 runs for the third wicket, but as soon as the duo started to gain an upper hand, Rahul Chahar provided the breakthrough as he dismissed Malan (18), reducing England to 77/3 in the 10th over. Liam Livingstone then joined Bairstow in the middle and the duo started accelerating the innings for England.

Livingstone and Bairstow stitched together a fourth-wicket partnership of 52 runs, but Shami once again stood up for India as he bowled a perfect yorker to send Livingstone back to the pavilion. In the final few overs, Bairstow and Moeen Ali added some crucial runs to take England’s score past the 180-run mark. Moeen Ali played a useful unbeaten knock of 43 runs.