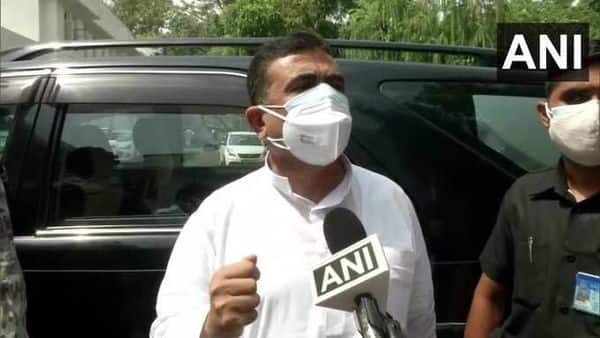 Leader of Opposition in the West Bengal Assembly and BJP MLA from Nandigram Suvendu Adhikari in the present day met Prime Minister Narendra Modi at his official residence in New Delhi.

After the assembly with PM Modi, the BJP chief stated, “I met PM Modi, JP Nadda Ji and briefed them on the current situation in West Bengal. More than 40 BJP employees have been murdered in the state. This violence in the State ought to finish,” as quoted by information company ANI.

He additionally advised PM Modi that how BJP employees reside in concern. While a number of celebration employees have left Bengal and at the moment are residing in Assam as a result of concern, the information company stated citing sources.

Several incidents of violence after the declaration of the state’s Assembly ballot outcomes have been reported.

Bharatiya Janata Party (BJP) alleged that a number of of its celebration employees have been killed in the violence. However, the ruling Trinamool Congress (TMC) has denied the allegations.

The state authorities, on May 25, had knowledgeable the Supreme Court that three individuals have been arrested in reference to the alleged killing of two BJP employees in post-election violence on May 2 in the state.

* Thank you for subscribing to our e-newsletter.

The Family Man actor Sharib Hashmi on being ignored during lull phase: ‘People felt I disappeared’

No One Can Increase or Decrease Number of Deaths in Delhi, Says Satyendar Jain