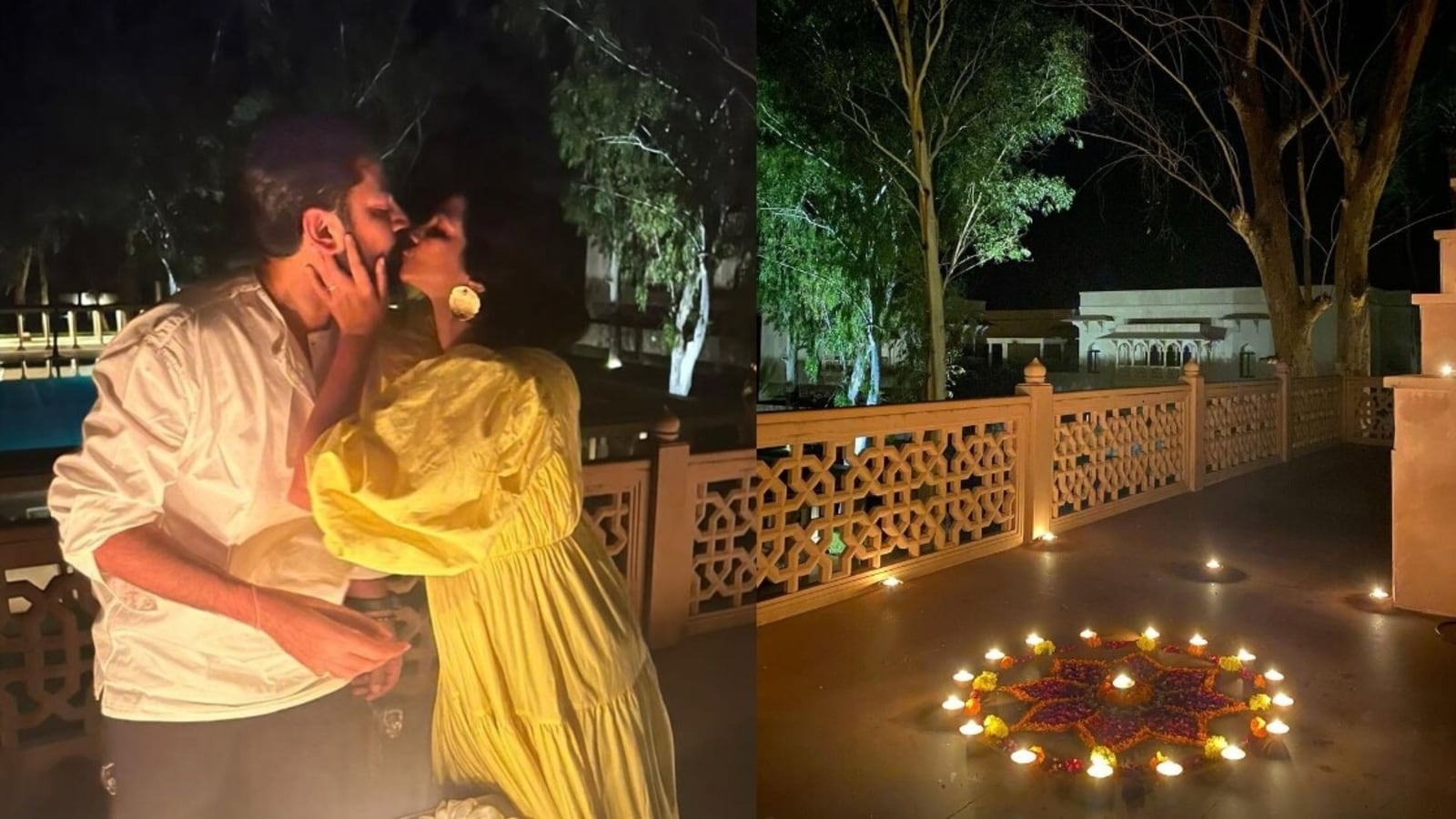 Rhea Kapoor celebrated her husband Karan Boolani‘s birthday in Rajasthan. They have booked a suite at the luxury resort Amanbagh, situated at the foot of the Aravalli Hills. The property’s decor is inspired by Mughal royalty, with four villa options available for guests.

While it remains unclear which of the villa suites Rhea and Karan have chosen, the couple’s pictures from the stay reveal that they are enjoying a view of the pool. Earlier in the day, Rhea shared pictures from their midnight birthday celebrations in which they were seen seated at a table full of dishes, candles and a cake. “Happy birthday to my partner in everything. Every year with you is more magical and fulfilling. There’s no one I would rather grow up with. I love you so much,” she captioned the post.

Karan revealed he was spending his birthday by exploring the woods near the resort. Taking to Instagram to share pictures of the few animals they spotted, he wrote, “Could not think of a better way to spend my birthday.”