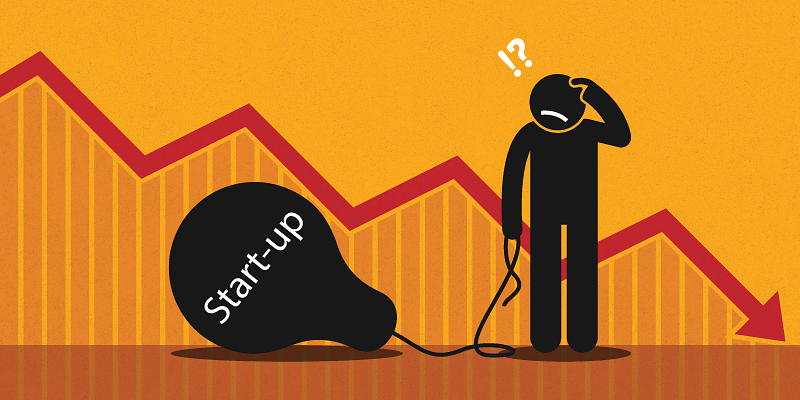 Geo-political instability appears to be taking a toll on the Indian startups with the total funding declining by 40 percent to $6.8 billion in the April-June quarter, reveals a PwC India report.

The early-stage deals comprised more than 60 percent of the total with an average ticket size of $5 million, as per the PwC India report titled, ‘Startup Deals Tracker – Q2 CY22.’

“After three consecutive quarters of raising more than $10 billion, the total funding in the Indian startup ecosystem fell by 40 percent during Q2 CY22 to reach $6.8 billion.

“The decline can be attributed to a global slowdown, decrease in tech stock valuations, inflation, and geopolitical instability,” it added.

Software as a Service (SaaS) and fintech companies had the highest share of funding in the second quarter of Calendar Year (CY) 2022, totalling more than $3.1 billion, the report said.

It further said that early-stage deals comprised more than 60 percent of the total deal volumes with an average ticket size of $5 million.

Funding in early-stage deals during Q2 CY22 continued to be stable at around $800 million and could remain stable or even grow in the next few quarters–given that entrepreneurial activity continues to flourish with increased digitisation as well as the quantum of venture capital funds waiting to be deployed in the Indian market, it added.

“We expect the overall funding landscape to take 12-18 months to stabilise, during which it would be beneficial for startups to increase their ‘funding runway’. No matter which stages a startup is in, they would do well to keep a close tab on core business and ensure unit economics is strict as per plan,” said Amit Nawka, Partner, Deals and India Startups Leader, PwC India.

Valuations are likely to remain under pressure across all funding stages, primarily trickling down from the significant funding slowdown in late-stage or Initial Public Offering (IPO) deals, he added.

The report further said Bengaluru, National Capital Region (NCR), and Mumbai continue to be the key startup cities in India, together contributing around 95 percent of the total funding activity in the April-June quarter of 2022, followed by Chennai and Pune.

In Bengaluru, more than $100 million was raised by seven companies each in the second quarter of 2022– Dailyhunt, Rapido, Leadsquared, Lenskart, CRED, Ather Energy, and Observe.ai–majorly across the SaaS, Logistics, and Autotech space.

In Mumbai, the report said, more than $100 million was raised by four companies each. These include upGrad, Zepto, CoinDCX, and Turtlemint.

Only four startups in India attained unicorn status in the second quarter of the calendar year 2022, mirroring a global trend in decline in the number of new unicorns this last quarter. Globally, the total unicorn count has crossed 1,200 with maximum unicorns in Q2 CY22 operational in the SaaS sector, followed by fintech.

The number of decacorns (startups valued at $10 billion) globally has reached 57, with four new entrants in April-June quarter of 2022.