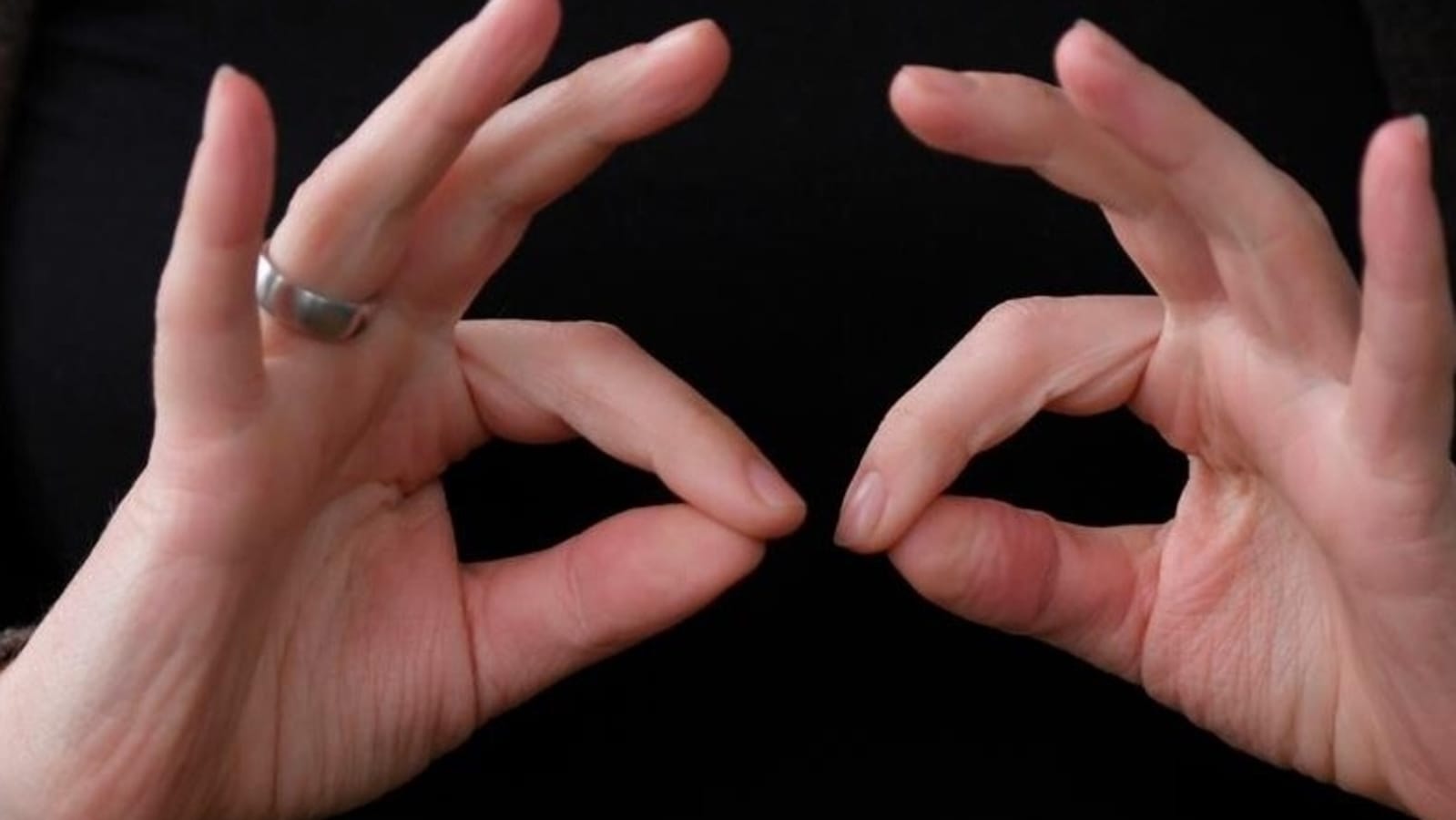 With the world in the grip of the COVID pandemic over the past year and a half, most of us have learned to communicate in new ways. Whether participating in digital work discussions, “attending” school in virtual classrooms or talking with friends and family, many of us have had our fill of video conferences.

Yet we’ve developed ways of carrying on daily business while glued to our computer screens, and we’ve also adapted to communicating while wearing masks.

But for the deaf community, mask-wearing and videoconferencing have posed their own unique challenges.

“Mask-wearing regulations make communication more difficult,” Stefan Palm-Ziesenitz, chairman of Hamburg’s Association for the Deaf, told DW. “Even while wearing masks, deaf people are able to communicate with each other about everyday issues using sign language.”

“But communication with hearing people when they are wearing masks is virtually impossible,” said Palm-Ziesenitz, who is in his late 50s and has been unable to hear since birth.

He asks those who can hear to take off their masks before speaking so that he can read their lips and see their facial expressions. He noted that Hamburg has an ordinance that permits people speaking with the hearing-impaired in public to remove their masks for the duration of the conversation, providing there is enough physical distance.

The pandemic’s boom in videoconferencing has also had an impact on sign languages themselves.

According to a February 2021 article in Scientific American titled “The COVID Zoom Boom is Reshaping Sign Language,” signs are being modified to accommodate the limitations of video communication.

While sign language users can benefit from videoconferencing because they can see each other, restricted window size can limit expression. “The signing space is expansive,” Michael Skyer, a senior lecturer of deaf education at the Rochester Institute of Technology, told Scientific American. “Even if many signs are produced easily or normally in the Zoom screen dimensions, many are not,” said Skyer, who is himself deaf.

One example is the sign for “body” in American Sign Language (ASL), the article noted, which normally entails a long movement from shoulders to hips. Reduced signing space in video windows has forced some signers to end it at chest level.

In addition, smaller signs with nuanced movements using only fingers are harder to convey and view on tiny screens.

Likewise, frontal movements are difficult to decipher head-on. This has led to some signers adjusting their body position to a three-quarters view in the screen, so that their gestures can be viewed partially from the side.

New signs have also cropped up in ASL, such as for “Zoom.”

Sign languages, like any other language, are always in flux, adapting to specific circumstances and the times.

And there is no one sign language, either, but hundreds across the world. The International Sign language does help facilitate communication among deaf people at global conferences, for example, but it is considered rudimentary.

Ultimately, different signs are used in various countries and regions. Americans who know ASL may not understand British Sign Language, for example.

A long road ahead

In Germany, German Sign Language was only legally recognized in 2002 in the Disability Equality Act.

Just this year, in March, it was listed on the UNESCO Nationwide Inventory of Intangible Cultural Heritage, with the German UNESCO website stating that it “successfully mediates between deaf and hearing people and ensures equal participation in social, cultural or political life, irrespective of the technical means of communication.”

Yet Palm-Ziesenitz said the gap between theory and reality remains wide. Some people in broader society have become more accepting of the deaf community, he said, but others are lagging.

“Many people [in Germany] who can hear are interested in learning German Sign Language [DGS] and sign language schools and courses have become very popular,” he said.

On the other hand, he lamented that German television broadcasters, for example, often have a tough time providing sign language interpretations in their programs.

According to the German UNESCO Commission, German Sign Language is used by over 80,000 deaf people, as well as by children of deaf parents, for example, or those with cochlear implants.

All the world’s a stage

“Many people believe that sign language is a simplified form of expression — like when you want to communicate ‘swimming,’ for instance, that you just make swimming motions,” Kristina Larissa Funkhauser, an opera singer, told DW.

“There’s the notion that you can only convey things in a limited way in sign language. But the opposite is the case: you can express anything, each and every abstract subject, any minor and major emotion.”

Just before the pandemic hit, Funkhauser was confronted with voice health issues and decided to broaden her 20-year singing career and study sign language to become an interpreter.

Currently, while continuing her sign language interpretation studies, she is performing in the musical Fiddler on the Roof at Theater Hagen in western Germany.

Funkhauser thought she was well-equipped to pursue sign language studies.

“Sign language is very sensual,” she stressed. “And it’s something that is close to home for me because I gesticulate a lot when I speak.”

Actually, she said, she must tame herself when communicating in sign language.

“Facial expressions have a grammatical function in sign language. I often raise my eyebrows in everyday communication. But in sign language, that gesture could also mean that I am asking a question… so I have to be careful,” she noted.

In fact, interpreting music in sign language is an art unto itself, be it opera, rock or pop. Take, for instance, Laura Schwengber, who has interpreted in sign language music by German artists such Xavier Naidoo, Peter Maffay, Nena and Silbermond, among many others. She’s even sign-interpreted heavy metal music at Germany’s famous Wacken Open Air festival.

Outside the cultural circuit, communication between people who cannot hear, and those who can, in everyday life can be improved, said Palm-Ziesenitz.

He was born in the 1960s to hearing parents and is currently a film editor for a production company that creates online films in sign language.

“Sign language was considered a ‘monkey language’ back then,” he recalled. “My parents spoke very slowly so that I could read their lips.”

He did not learn sign language until he was 16 years old.

His contemporary advice for hearing people communicating people who cannot hear: “Look them directly in the eye. Good lighting is key. Speak slowly in short sentences. And write things down on paper when topics get tricky.”