Shriya Saran turns red as paparazzi cheer her on during kiss with husband Andrei Koscheev. Watch 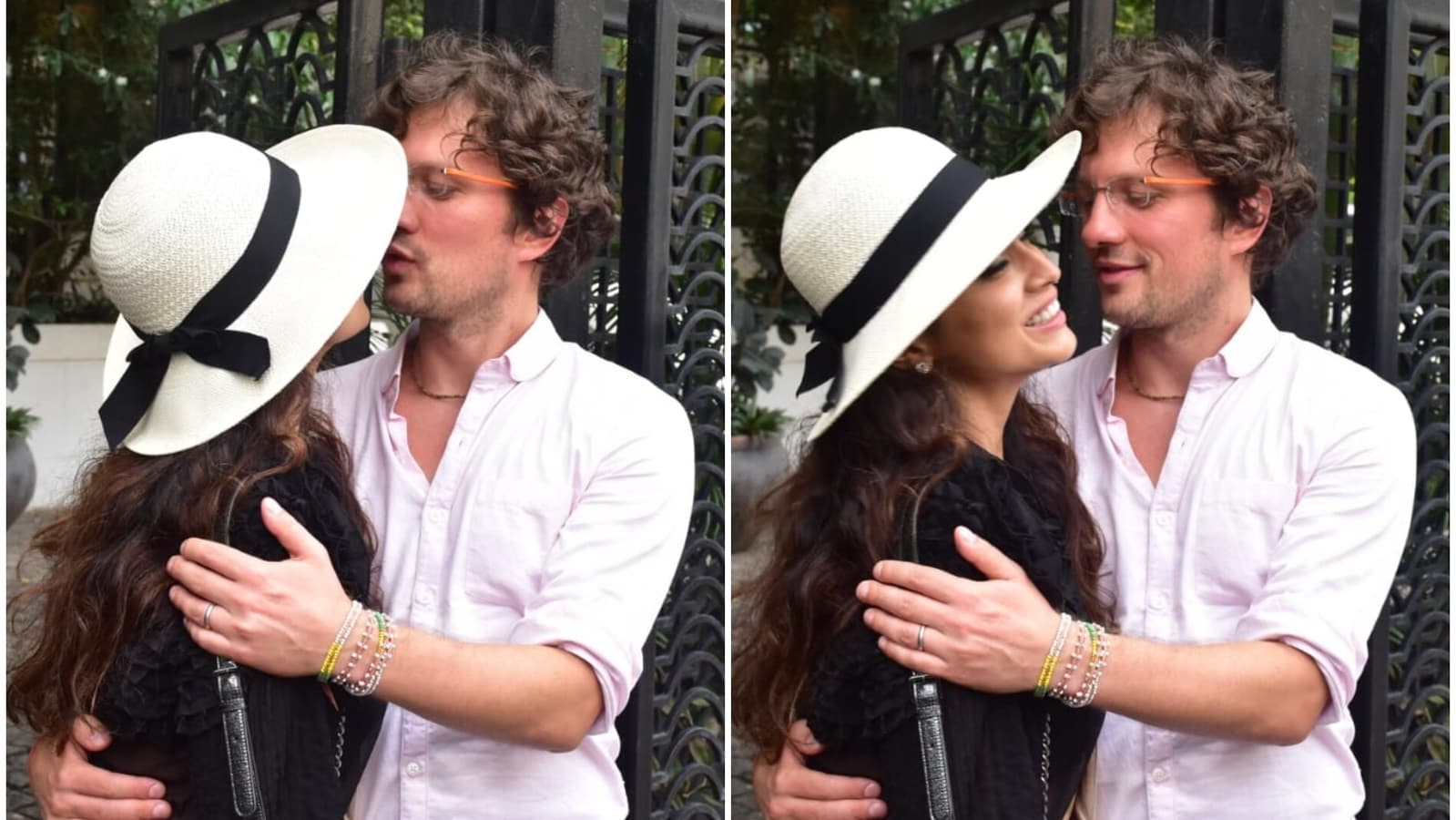 Shriya Saran was spotted out and about in Mumbai on Wednesday with her husband Andrei Koscheev. The two of them posed for the paparazzi and even shared a kiss as the cameras clicked away.

In a video shared online, Shriya could be seen blushing as the photographers cheered her on while she kissed Andrei. “Yes, yes, yes, this one,” a paparazzo was heard saying in the background. Someone also encouraged her to do it ‘once more’.
+

Last month, Shriya and Andrei flew to Mumbai after spending much of the Covid-19 pandemic in Barcelona. At the time, she took to Instagram Stories to reveal that they were house-hunting.

Shriya, in an interview last year, talked about how Andrei was turned away from a hospital in Spain despite showing Covid-19 symptoms. “Andrei began to develop a dry cough and fever. We rushed to a hospital but the doctors were overwhelmed and urged us to leave. ‘Chances are that even if he doesn’t have Covid-19, he will get it if he stays here,’ the doctors told us. So we decided to go home and self-isolate ourselves and get treatment at home. We slept in different rooms and maintained a safe distance from each other,” she told a leading daily.

Meanwhile, Shriya will be seen next in SS Rajamouli’s RRR, and has been cast opposite Ajay Devgn. She earlier described her role as an ‘emotional’ one and said that she will be seen in the flashback portions.