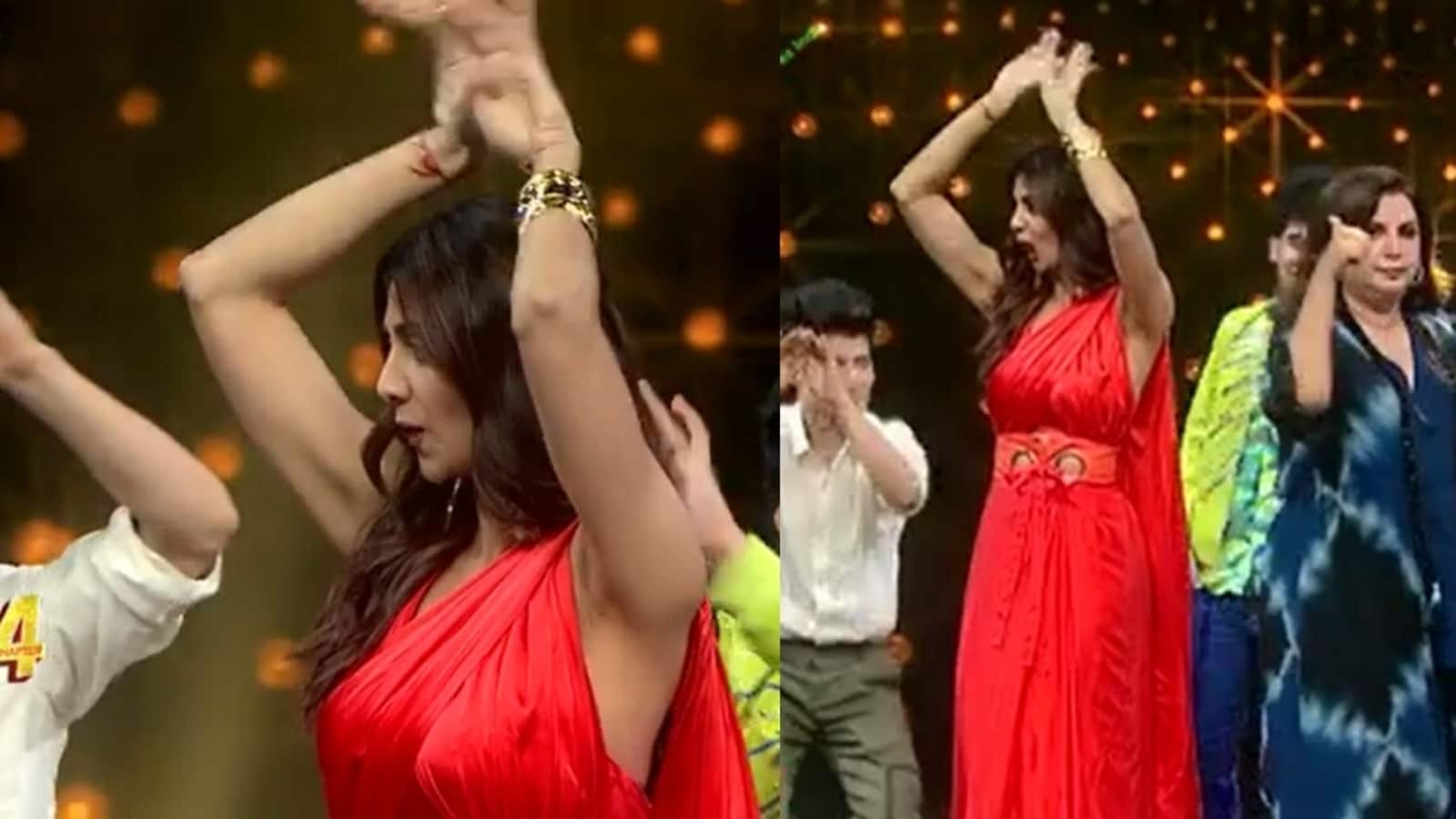 Shilpa Shetty stepped on the stage of Super Dancer 4 with Farah Khan and Geeta Kapur by her side to perform on Desi Girl. The song, from the film Dostana, originally stars Priyanka Chopra with Abhishek Bachchan and John Abraham.

In a video shared on Instagram by Sony Television, Shilpa, Farah and Geeta came together to perform the hook step of the song before they began to improvise. Farah began performing the naagin dance and soon, Shilpa and Geeta also followed.

Coincidentally, Shilpa had a special dance number in Dostana. The actor performed on the song Shut Up And Bounce for the film.

Earlier this week, a video of Shilpa dancing with Raveena Tandon on the show was also shared online. In the video, Raveena and Shilpa danced to Chura Ke Dil Mera. The song, from the film Main Khiladi Tu Anari, featured Shilpa with Akshay Kumar. While Shilpa reprised her role, Raveena channelled Akshay.

Shilpa has been a judge on Super Dancer 4 since the start of the season. However, she had to take a break on two occasions. First, earlier this summer, she took a break when her family members, husband Raj Kundra and their two kids–Viaan and Samisha, tested positive for Covid-19.

She returned after they recovered. But in July, she took a step back from the show yet again after Raj was arrested in connection with a porn racket. Although she’s yet to state her stand on the matter, Shilpa had issued a statement on Instagram and said, “Yes! The past few days have been challenging, on every front. There have been a lot of rumours and accusations. A lot of unwarranted aspersions on me cast by the media and (not so) well wishers as well. A lot of trolling/questions posed… not only to me but also to my family. My stand… I have not commented yet and will continue to refrain from doing so on this case as it is subjudice, so please stop attributing false quotes on my behalf.”