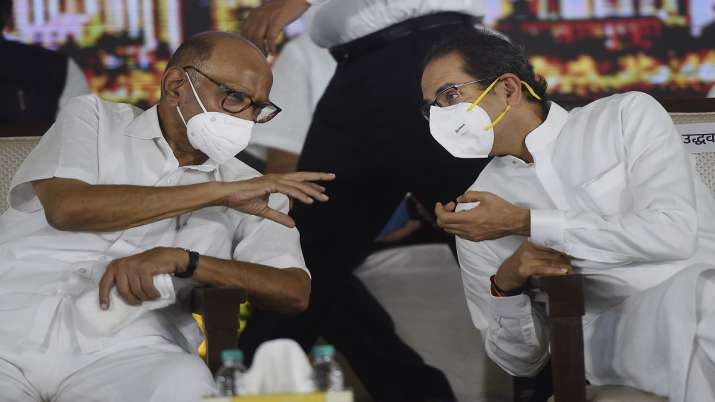 NCP president Sharad Pawar has praised Maharashtra Chief Minister Uddhav Thackeray as a “soft-spoken person” who doesn’t back out when faced with responsibility.

The former Union minister also averred that the Nationalist Congress Party may have differences with the Congress, but still swears by the ideologies of Mahatma Gandhi and Jawaharlal Nehru.

Speaking to Marathi news-portal `Mumbai Tak’, Pawar also stated that it was Sonia Gandhi who finally decided that the Congress could join hands with the Sena along with the NCP to form the Maha Vikas Aghadi (MVA) government in Maharashtra.

“I have seen Uddhav Thackeray since his childhood.

When he began overseeing the affairs of Shiv Sena, he followed his father’s (Bal Thackeray) guidelines. But when the responsibility of the party fell on him, there was some skepticism about his abilities,” Pawar said.

“But the Sena won Mumbai civic polls under Uddhav’s leadership.

After that it became clear that he may be a soft-spoken person but has the ability, and can shoulder responsibility,” the NCP chief said.

“Under Uddhav Thackeray, the Shiv Sena has grown,” he added.

The Congress and NCP have differences only over the style of functioning, said Pawar, who quit the `Grand Old Party’ in 1999 over leadership issues.

“The NCP is committed to the ideology of Gandhi and Nehru,” he added.

“Shiv Sena, too, was never a bitter critic of Congress. Bal Thackeray had supported Indira Gandhi for her decision to impose Emergency. In the elections after Emergency, Shiv Sena did not put up any candidate against the Congress,” Pawar pointed out.

The NCP chief, who is considered by many as the chief architect of the MVA, said they were keeping a “close eye” on the differences which emerged between the Shiv Sena and its then ally BJP after the 2019 assembly polls results.

“We then felt we need to speak to the Shiv Sena…. (Sena MP) Sanjay Raut took the initiative,” he said. Congress president Sonia Gandhi agreed to be part of the alliance after consulting leaders in her party, he added.

“Rahul Gandhi was not in those discussions. Sonia Gandhi spoke to everyone in the Congress and then gave her nod,” Pawar said, when asked about reports that Rahul was against the idea of joining hands with the Sena.

ALSO READ | I belong to family of Kashmiri Pandits, will show BJP how to help the community: Rahul Gandhi in Jammu