Shahid Kapoor, Mira Rajput take one step at a time as they visit construction site of their new house, see pic | Bollywood 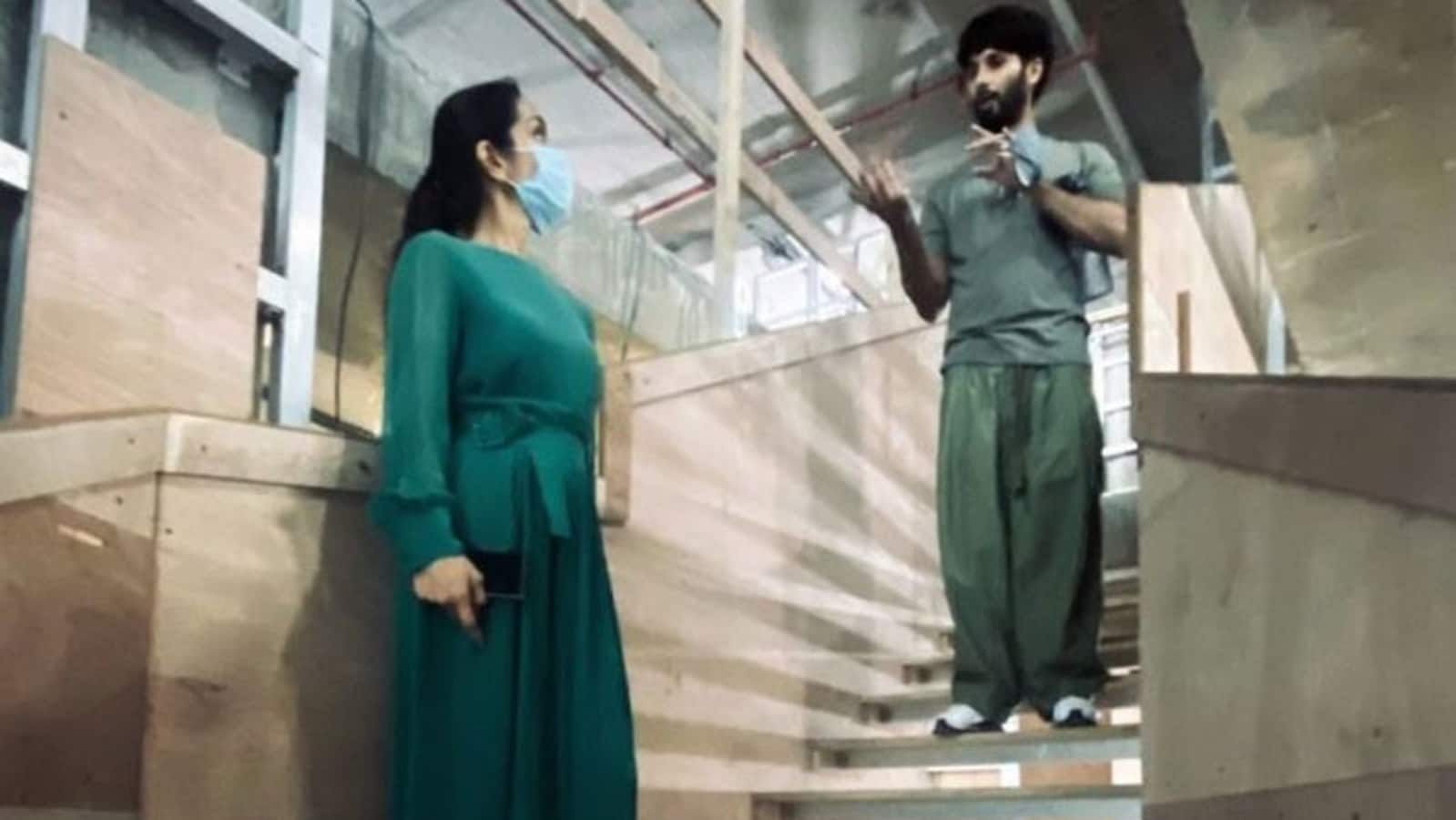 Shahid Kapoor and wife Mira Rajput are currently overlooking the construction of their new house. Mira has shared a new picture which shows the couple checking out the staircase that would connect the two floors of their plush duplex apartment.

Sharing the picture on her Instagram Stories, Mira wrote, “One step at a time.” It shows Mira in a green dress and mask, standing a few steps behind Shahid, who too is in grey-green casuals.

Shahid purchased the new property in 2018. It boasts of an uninterrupted view of the Arabian sea, complete with the Bandra-Worli Sea Link. The sprawling flat is constructed on the 42nd and 43rd floor of a highrise building named Three Sixty West in Worli. The duplex reportedly costs a whopping ₹56 crore. According to a DNA report, the area of the floors is 427.98 square metre and 300.48 square metre including a balcony of 40.88 square metre.

Shahid and Mira occasionally visit the construction site and post updates on Instagram. Shahid had once shared a video and picture of himself and captioned it, “Never enjoyed fresh air so much… Life… We always tend to love most what we have lost.”

The couple currently live in Juhu with their two kids, Misha and Zain. They often share family pictures from their beautiful patio overlooking the beach.

Also read: Step inside Shahid Kapoor and Mira Rajput’s under-construction home, with a view of the Mumbai skyline

Shahid is currently looking forward to his next film, Jersey. It is the official Hindi remake of the Telugu film of the same name and is being directed by the same filmmaker, Gowtam Tinnanuri. It revolves around a faded cricketer who makes a comeback after his young son expresses a desire to own a team jersey. The remake also stars Mrunal Thakur and Pankaj Kapur in prominent roles.