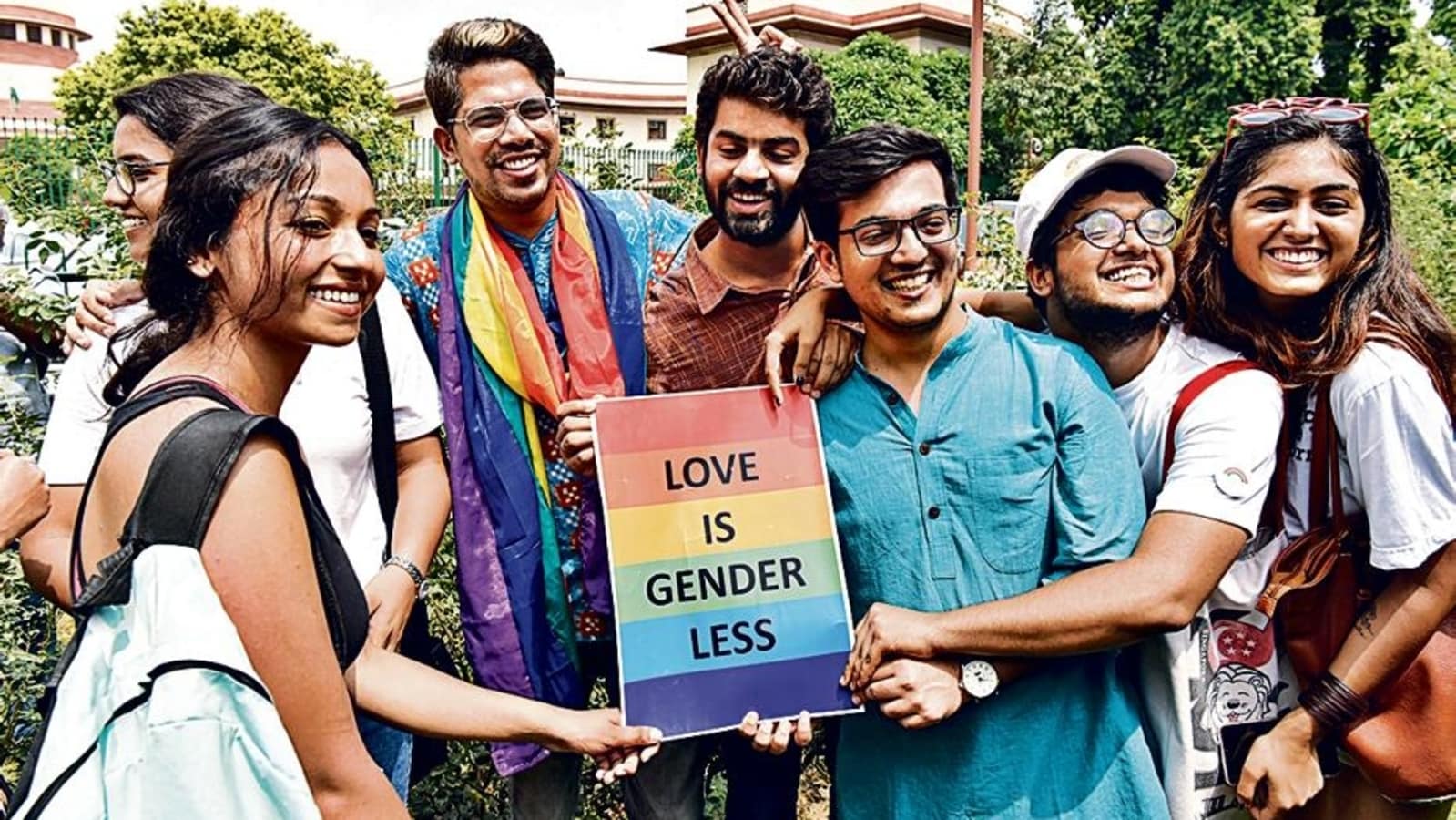 Her village, nestled in the Ajodhya hills in the tribal hinterlands of western Bengal, was far from any city. Her parents, relatives and most people in the village subsisted on farming and forest products. Most young people moved away for manual labour, or if they were lucky, education. Her house didn’t have a television or a fixed Internet connection, and cellphone network was patchy, Yet, Tudu knew she was different.

Since she could remember, she preferred shirts and trousers over any girl’s uniform the local school prescribed, and liked the heroines of the Hindi and Bengali songs she would sneak off to watch with her friend. She didn’t know what this attraction was, if it had a name or, as her friend told her, was a disease.

When she moved an hour away to Purulia town for studies four years ago, she feverishly researched about girls liking girls, understood that it was not a disease; but confidences to friends and teachers in college were broken, and she was dragged to a local quack for “therapy”.

In 2018, she ran away from home, found a job and started living in a women’s hostel – where she met her future partner, Rekha, who requested to withhold her second name. Both had decided to never go back home, but started reconsidering after the landmark Supreme Court verdict that decriminalised homosexuality three years ago.

“I don’t understand the law too much and hadn’t followed the case. But Rekha called me up that day and said, we are not criminals anymore. Even our local papers carried big news items that day. It gave me hope,” said Tudu.

They are not the only ones. Three years after the Supreme Court read down Section 377 to not apply to consenting adults in same sex relationships, lesbian, gay, bisexual and transgender (LGBT) people around India have approached the courts to seek a phalanx of rights, from seeking recognition of marriage equality to reading down of specific sections of laws like the State Police Act to protection from violence of families.

Many of these people hail from small towns and the countryside, who have used the law forcefully and creatively to expand the horizon of LGBT rights.

In July this year, the Delhi high court helped protect Anita Kumari and her partner, Priyanka Singh, both residents of Gaya town in Bihar. Kumari, 23, was in her third year of college when her parents pulled her out after she came out as lesbian.

She was locked up, prevented from meeting Singh, 25, sexually abused by her cousins and threatened by her sister and mother. After five months, Kumari escaped and went to live in Delhi with Singh.

Weeks later, Kumari’s mother filed cases against Singh and her family. This prompted Kumari to file a petition in the Delhi high court, seeking protection and asking the police to take her statement in Delhi, as she feared returning to her hometown.

On July 7, the judge permitted all her requests. “The petitioner is a major and if she has different sexual orientation, she is at liberty to live in the manner as she wishes,” judge Mukta Gupta said.

“My decision to leave my house was not made on the spur of the moment. I knew that the only way I could live with safety with my partner was if I ran away. But my family continued to threaten my partner and me. It was only after the court agreed to protect us that I felt safe,” said Kumari.

S Sushma and U Seema Agarval, two university students from the rural parts of Madurai district in Tamil Nadu, also successfully used the 2018 judgment to protect their lives and relationships – in the process also securing sweeping protections for the community.

The women met in 2019 and fell in love but battled fierce disapproval from their conservative families. On February 9, they ran away from home to Chennai, but both sets of families filed missing person FIRs in two separate police stations, prompting policemen to travel to Chennai to track them down.

On June 8, justice N Anand Venkatesh delivered a judgment that was remarkable for two reasons. One, the judge undertook counselling to understand the identity and concomitant vulnerabilities of the petitioners. Two, he issued directions to a slew of state and central agencies to frame guidelines that recognise the rights of LGBT people, and ensure their safety and security.

Battle against prejudice on

In the last three years, people have approached high courts in Rajasthan, Delhi, Mumbai, Allahabad, Chhattisgarh, Gujarat, Chennai, Kolkata and Odisha – seeking to validate their rights and rebuff parental and social censure, all on the basis of this landmark verdict.

“The high courts have taken very liberal and progressive positions…they’re showing the way that things can change,” said Manuraj S, a lawyer at the Madras high court who fought on behalf of the Madurai women petitioners.

He referred to another 2019 verdict by the Madurai bench of the Madras high court, which upheld the marriage of a man and a transgender woman under the Hindu Marriage Act, relying on the Navtej Johar judgment, among others.

“For years, LGBT issues have been projected as elite and from the West. But the Sushma and Seema case showed that it wasn’t the case. There is a deepening and democratising of these rights. That the Madurai bench of the HC gave such a progressive judgment gives us hope that these judgments are percolating in rural and smaller regions, and people are learning about a more fairer and equal society,” he said.

To be sure, there are still big strides to be taken to ensure dignity and respect for queer life. Transgender folks continue to battle prejudice in employment, education, housing and health facilities. The 2019 transgender rights law is unclear on punishments for discrimination, has been criticized for focusing on medical checks for issuing transgender certificate and stipulating lower punishment for crimes against transpeople.

Manuraj pointed out that the 2018 judgment could have protected civil rights such as marriage and inheritance, but stopped short. And petitions to legalise same-sex marriage have been pending before the Delhi and Kerala high courts for over a year, with the Union government staunchly opposing such a move.

Still, the positive social life of the 2018 verdict – it was splashed across newspapers, extensively discussed on television and coincided with rising acceptance of queerness, especially among young people – has helped cut through the stigma long attached with homosexuality and mitigate the cycle of shame, blackmail and police brutality. “Without the Navtej Johar judgment, none of this would have been possible,” said Manuraj.