Canadian researchers found that there is not a single screening questionnaire with enough accuracy to identify depressed children and teens without also mistakenly identifying many non-depressed kids. 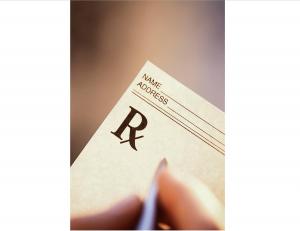 Some researchers have warned that more depression screening of children and teens leads to more kids being given psychiatric drugs that carry risks of agitation, impulsiveness, suicide and violence.

CCHR was instrumental in exposing the potential harm of a screening questionnaire whose developer admitted it would result in 84 non-suicidal teens being referred for further psychiatric evaluation for every 16 youths correctly identified.

New research undermines the primary reason for the screening and lends support to concerns it leads to overdiagnosing and overtreatment with psychiatric drugs.

Screening for depression is one of those ideas that is terrific in theory but terrible in practice.”

WASHINGTON, DC, US, July 12, 2022 /EINPresswire.com/ — Screening teens for depression fails to reduce their emergency department visits, hospitalizations, or treatment for suicidal behavior, according to a new study published in Preventive Medicine.

To investigate whether depression screening improves psychiatric outcomes for adolescents or reduces their use of health services and mental health services, researchers analyzed insurance claims data from wellness visits for 12- to 18-year-olds in the U.S. from 2014 to 2017. By comparing 14,433 adolescents who were screened for depression to 43,299 who were not screened, researchers found that over the two years following the wellness visit, those screened for depression were as likely to attempt suicide or receive treatment for suicidal behavior as those who were not. The results were the same for both male and female teens.

“Depression screening, as it is currently practiced in the U.S., may not deter avoidable health services use among adolescents,” wrote lead researcher Kira Riehm, Ph.D., a postdoctoral student at the Columbia University Mailman School of Public Health.

This finding undermines the rationale behind depression screening, which is to reduce adverse psychiatric outcomes like suicidal behavior, as well as to reduce the use and associated cost of health services and mental health services for treatment.

Other research has concluded there is no proof that depression screening achieves this goal. A study published in 2017 in BMC Medicine found that there have been no randomized, controlled trials, considered the gold standard for research, with any direct evidence of improved health or other beneficial outcomes from depression screening.

While Riehm expressed the hope that more frequent depression screening and better follow-up might result in the improved outcomes that her research did not find, others have dismissed the idea that screening teens could ever be effective and have instead warned that it harms youth by leading to unnecessary psychiatric evaluations and kids on behavioral drugs.

“Screening for depression is one of those ideas that is terrific in theory but terrible in practice,” according to Allen Frances, M.D., Professor and Chairman Emeritus of the Department of Psychiatry and Behavioral Sciences at Duke University School of Medicine and chairman of the task force on the 4th edition of the American Psychiatric Association’s Diagnostic and Statistical Manual of Mental Disorders.

“Proponents see only the potential benefits and remain blind to the many risks. They imagine an ideal world in which troubled teens are accurately identified as depressed or pre-depressed and receive just-in-time care that reduces the burden of illness and the risk of suicide,” he wrote in 2016 in the Wall Street Journal. “They fail to imagine the many limitations and unintended consequences that make testing much more harmful than helpful.”

Dr. Francis explained that no screening method can differentiate between the sadness which is very common in teens, and clinical depression requiring treatment. He said that teens are “especially tough to diagnose” because their symptoms are fluid and highly responsive in the short run to pressure from family, friends and school.

He warns that “mislabeling a teen as mentally ill changes the way they see themselves and can ruin their lives.” He further notes that “medical efficacy in adolescence is questionable and medications may increase the risk of agitation, impulsivity, suicide and/or violent behavior.”

A similar concern about the overdiagnosis and drugging of children as the result of depression screening was held by the late Karen Effrem, M.D., a pediatrician and researcher, who found that the increased screening of children and teens results in an increase in the prescribing of psychiatric drugs. These drugs carry the risks of serious side effects, especially for children, including diabetes, movement disorders, psychosis, hallucinations, suicide and violence. Today, some 6.2 million – one in 12 – American children under the age of 18 are taking a psychiatric drug.

In 2016, the U.S. Preventive Services Task Force (USPSTF) recommended the screening of adolescents ages 12 and older, despite admitting: “The USPSTF found no studies that directly evaluated whether screening for MDD [major depressive disorder] in adolescents in primary care (or comparable) settings leads to improved health and other outcomes.”

It is notable that the British and Canadian counterparts to the USPSTF recommended against all screening because of the lack of direct evidence of benefit and the potential harm to patients, including overdiagnosis and overtreatment, as well as the potential waste of health resources and the costs associated with them.

The depression screening instruments themselves have no proven validity, according to a study by researchers at McGill University, published in 2016 in the Canadian Journal of Psychiatry. After an exhaustive search of medical literature, researchers found that there was not a single screening tool with even moderate evidence of sufficient accuracy to effectively identify depressed children and adolescents without also mistakenly identifying many non-depressed children and adolescents. They noted that screening leads to the unnecessary prescribing of potentially harmful psychiatric drugs, as well as giving negative messages about their mental health to children who do not have mental health disorders.

That was the case from 1999 to 2012, when an untold number of adolescents were screened for depression using the TeenScreen questionnaire. The screening tool was widely promoted and utilized, even though psychiatrist David Shaffer, M.D., who led the Columbia University team that developed TeenScreen, admitted the screening tool would result in 84 non-suicidal teens being referred for further psychiatric evaluation for every 16 youths correctly identified – a staggering number of false positives. The Citizens Commission on Human Rights (CCHR) was instrumental in exposing the potential harm and ending the use of TeenScreen.

CCHR continues to advocate against the depression screening of children and teens – most especially those children not exhibiting any symptoms of depression – because of the lack of proof of effectiveness of screening and the great potential for harm from overdiagnosis and overtreatment with drugs that carry serious risks for children.

WARNING: Anyone wishing to discontinue or change the dose of a psychiatric drug is cautioned to do so only under the supervision of a physician because of potentially dangerous withdrawal symptoms.

The Citizens Commission on Human Rights was co-founded in 1969 by members of the Church of Scientology and professor of psychiatry and humanitarian Thomas Szasz, M.D., considered by many academics as modern psychiatry’s most authoritative critic, to eradicate abuses and restore human rights and dignity to the field of mental health. CCHR has been instrumental in obtaining 228 laws against psychiatric abuses and violations of human rights worldwide.

The CCHR National Affairs Office in Washington, DC, has advocated for mental health rights and protections at the state and federal level. The CCHR traveling exhibit, which has toured 441 major cities worldwide and educated over 800,000 people on the history to the present day of abusive psychiatric practices, has been displayed at the Congressional Black Caucus Foundation Annual Legislative Conference in Washington, DC, and at other locations.