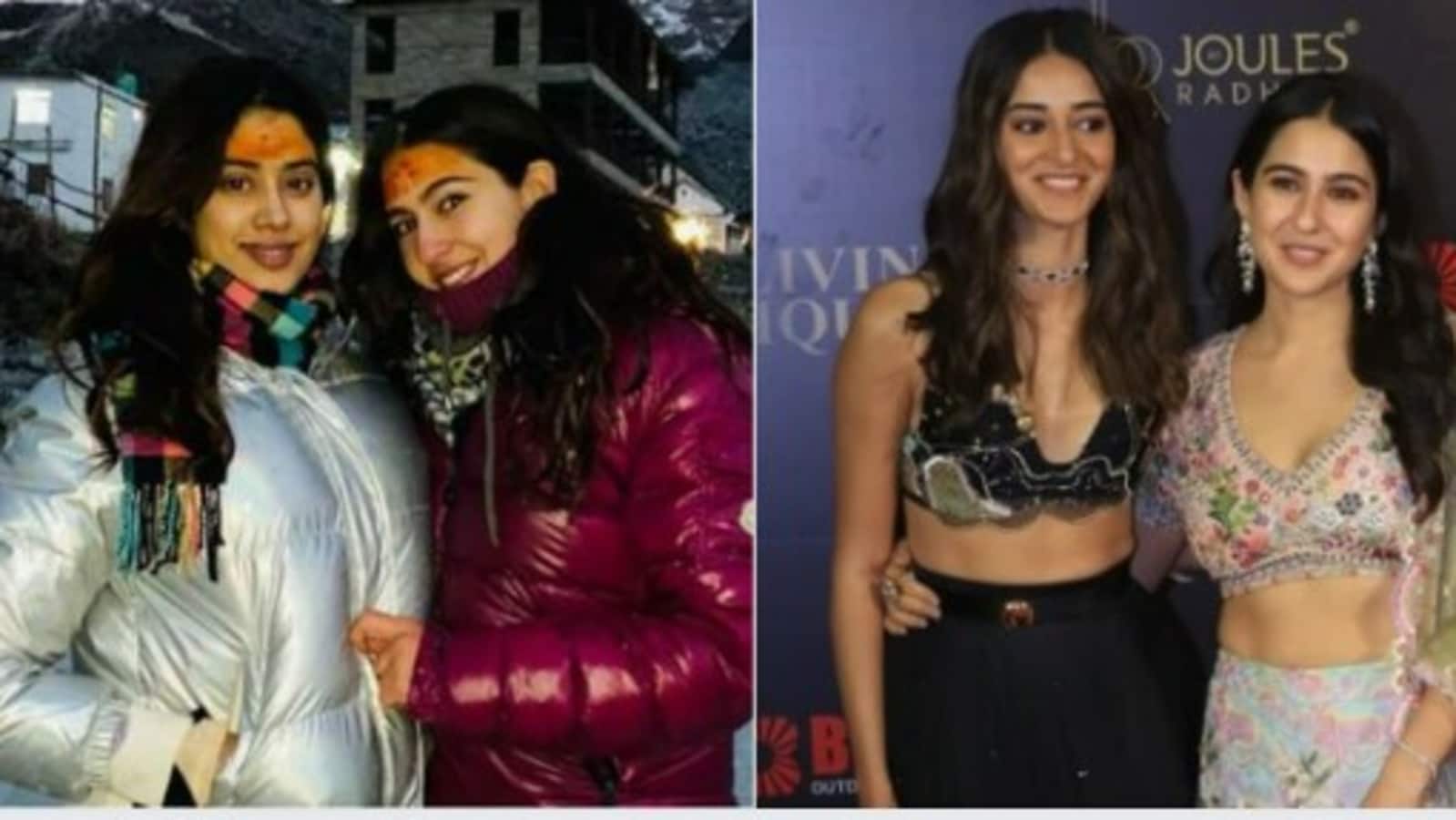 Actors Sara Ali Khan, Ananya Panday and Janhvi Kapoor often post pictures together on social media. In a recent media interaction, Sara opened up about what made the star kids trio’s friendship stronger.

At Agenda AajTak 2021, Sara said she may not be ‘best friends’ with Ananya and Janhvi, also revealing the reason behind her close friendship with the two. She said, “We are very different from each other and we are comfortable in our own skin. We are not best friends and we all have different set of friends. But we connected in the past two years. As young ambitious girls who are starting their career, to lose two years to Covid, that brought us close. This thing even my mom won’t understand. Words like competition and contemporaries are used by others, they are not for me.”

When asked why she chose acting as her career, she said, “I was always interested in films. I studied many subjects at Columbia University in New York. But, the theatre course and being on stage was a feeling I wanted for a long time. So that’s when I knew I wanted to act.”

On Saturday, Sara posted a boomerang video with Janhvi. In the video, which was taken in Delhi, Sara was seen eating a kulfi as Janhvi looked at her. The duo also went to the Kedarnath temple together. Several photos and videos from their trip went viral on the internet.

On the work front, Sara was last seen in the film Coolie No. 1, alongside Varun Dhawan. She is awaiting the release of her film Atrangi Re with Akshay Kumar and Dhanush. Janhvi last appeared in Gunjan Saxena: The Kargil Girl, and earlier this year, she completed filming Aanand L Rai-produced Good Luck Jerry.

Meanwhile, Ananya recently wrapped up a schedule of her multilingual film Liger in the US. In the film, she will be seen romancing South Indian star Vijay Deverakonda. Film’s director, Puri Jagannadh has also roped in legendary boxer Mike Tyson as part of this project. Ananya will also be seen in Zoya Akhtar’s film, Kho Gaye Hum Kahan with Siddhant Chaturvedi and Adarsh Gourav.