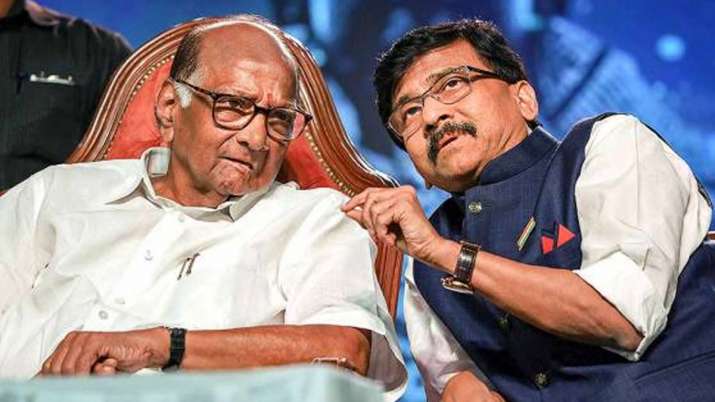 In a candid admission, Shiv Sena MP Sanjay Raut said on Saturday that NCP President Sharad Pawar had termed the BJP as a ‘divisive’ party, but the Sena realised this fact only in 2019.

Describing Pawar as a visionary and thinking politician who has given the state and country a direction, Raut recalled the NCP leader’s warning a quarter of a century back as to how the Bharatiya Janata Party adopted divisive methods, which hampered the unity of the country.

“Unfortunately, this realisation dawned on us only a couple of years ago,” Raut said, referring to the decision of Sena to dump the BJP after the 2019 Assembly elections and join hands with the NCP and Congress to form the Maha Vikas Aghadi government headed by Chief Minister Uddhav Thackeray.

The Sena chief spokesperson also remembered Pawar’s statements in 1996 calling the BJP’s policies ‘regressive’, which would push the country backwards, but it was the Sena which failed to gauge it then.

Raut’s comments came during the launch of a Marathi book, “Nemkechi Bolane” — a collection of 61 speeches by Pawar at various political meetings over the years, on the eve of his 81st birthday on Sunday (December 12).

Taking a swipe at the BJP, Raut said that the book title (“Precise Talk”) is so apt that its copies should be gifted to Prime Minister Narendra Modi, who can learn how to speak concisely from it.

At one point, the Sena MP said the Central Hall of Parliament was famed for meeting between leaders of different parties, and even journalists met top politicians who would talk on various issues facing the country.

“However, in the past few years, we have witnessed how those who attempt to ask questions are opposed and gagged. Such a tendency to deny the rights to raise questions can strengthen majoritarianism,” Raut said, showering praise on Pawar’s ‘far-sighted thinking’, ‘broadmindedness’ and ‘political acumen’.

Also present on the occasion were Pawar’s daughter and NCP MP Supriya Sule, and several top leaders from the Congress, NCP and Shiv Sena.

ALSO READ | ‘There is no UPA’, says Mamata as she meets Sharad Pawar in Mumbai