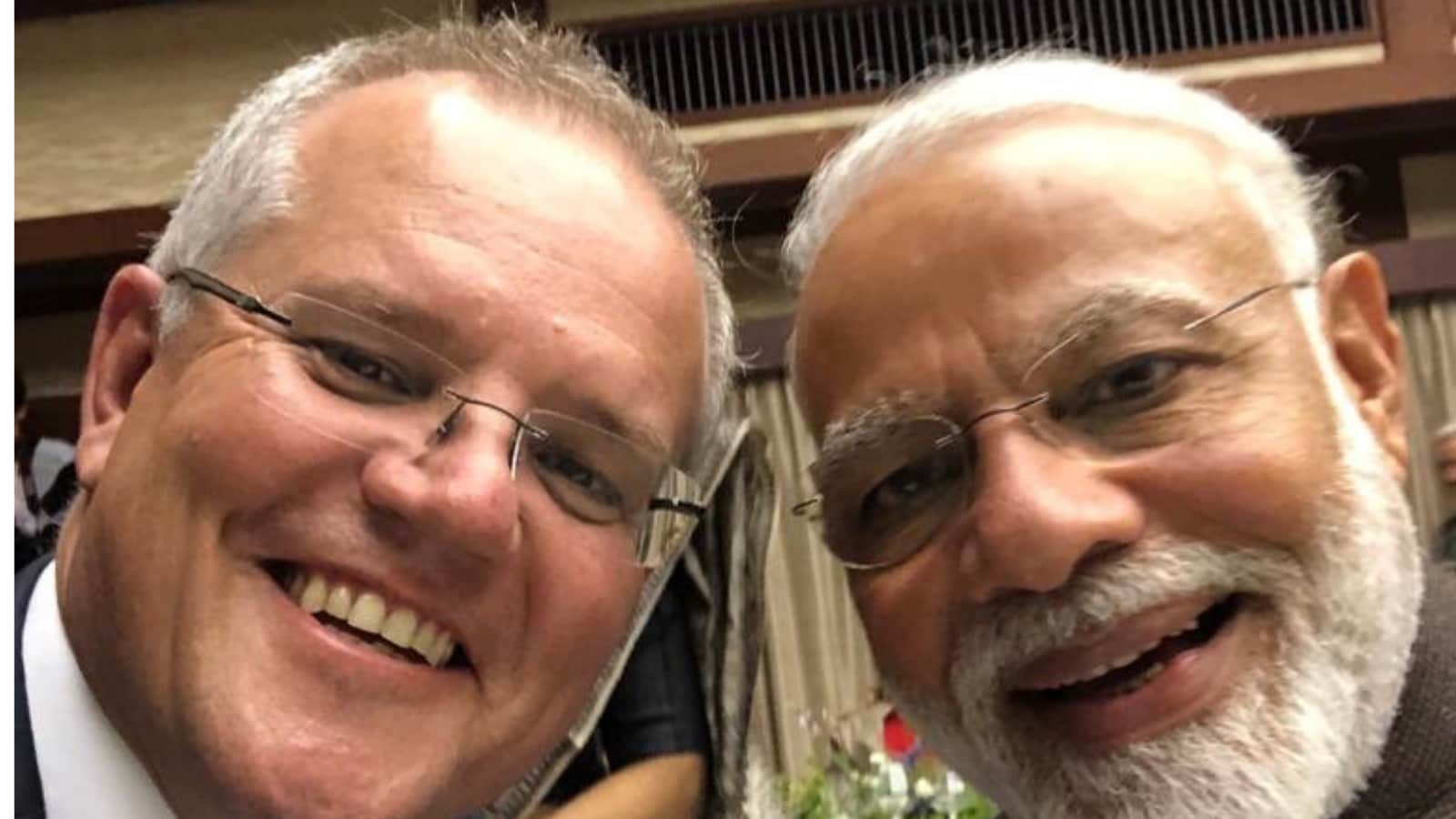 Prime Minister Narendra Modi, who is on a US trip, is scheduled to have as many as eight meetings today, including with Australian counterpart Scott Morrison. This would be for the first time that the two Prime Ministers would be meeting in person after the Coronavirus pandemic began in 2020.

Last time when Australian Prime Minister Scott Morrison was scheduled to meet Prime Minister Modi in May 2020, he had a surprise gift for his Indian counterpart.

Narendra Modi in US LIVE Updates: Meeting With Top CEOs, Bilateral With Australia’s Morrison on Table for Day 1 as PM Lands in US

In a tweet on May 31, 2020, Australian PM has said that he would have liked to share his vegetarian dish- ScoMosas with Mango chutney with the Indian Prime Minister. He nicknamed the samosas as “ScoMosas”, prefixing his name in the dish, and added that he made the mango chutney “from scratch”.

“A pity my meeting with @narendramodi this week is by video link. They’re vegetarian, I would have liked to share them with him,” Scott Morrison had wrote on Twitter.

Sunday ScoMosas with mango chutney, all made from scratch – including the chutney! A pity my meeting with @narendramodi this week is by videolink. They’re vegetarian, I would have liked to share them with him. pic.twitter.com/Sj7y4Migu9— Scott Morrison (@ScottMorrisonMP) May 31, 2020

The Australian leader had tagged PM Modi in the tweet and said he would have liked to share the popular snack with the Indian leader.

Once we achieve a decisive victory against COVID-19, we will enjoy the Samosas together.

Looking forward to our video meet on the 4th. https://t.co/vbRLbVQuL1

“Once we achieve a decisive victory against COVID-19, we will enjoy the Samosas together,” PM Modi had said.

This is not the first time Modi and Morrison have shared banter. At the G-20 Summit in Osaka in 2019, the two shared screen space in a selfie with Morrison posting the picture on Twitter with the caption, “Kithana acha he Modi!” (How good is Modi).

The Australian PM is finally meeting PM Modi in person today, so will the Indian Prime Minister be treating Morrison to desi Samosas instead of ‘ScoMosas’.

The two leaders have met in the past on a number of occasions on the sidelines of various international conferences.

Morrison had recently called Modi to brief him about planning to go ahead with the AUKUS alliance. The US, Britain and Australia last week announced the AUKUS alliance for the Indo-Pacific to take on the threats of the 21st century and allow for greater sharing of defence capabilities, including help Australia acquire nuclear-powered submarines, in a bid to counter China’s growing power in the strategically vital region.

Morrison was to visit India in January last year which he had to postpone because of a massive fire in Australia. Another trip to India in May had to be postponed due to the COVID-19 situation. After meeting with Morrison, Modi would drive down to the White House for a meeting with Indian-origin US Vice President Kamala Harris at her ceremonial office. The maiden meeting between the two leaders has been scheduled for an hour.

Share
Facebook
Twitter
WhatsApp
Previous articleNia Sharma disses star kids of Bollywood: ‘Take the name aside, will you look at them twice?’
Next articleHow effective is ZyCoV-D, the vaccine for adolescents? All about the needle-free, three-dose vaccine | Health
RELATED ARTICLES
International