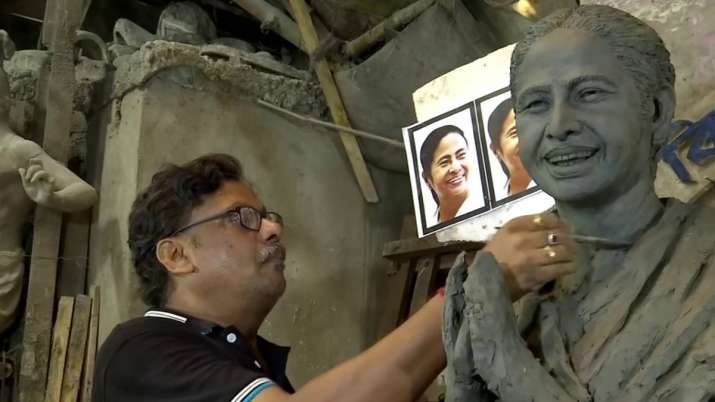 “Mamata (idol) will showcase the mass benefit schemes of the Chief Minister to reach out to the marginalised sections of society. Every person in Bengal considers her as Goddess Durga. The benefits she provided to people haven’t been seen in the world,” Partha Sarkar, vice president of Nazrul Park Unnayan Samiti, said.

Reacting sharply, the Bharatiya Janata Party has described the ‘idolisation’ as an attack on religious sentiments and demanded Banerjee to stop the organisers from going ahead.

“This deification of Mamata Banerjee, who has the blood of innocent Bengalis on her hand, following the gruesome post-poll violence in Bengal, is nauseating. This is an insult to goddess Durga. Mamata Banerjee must stop this. She is hurting the sensibilities of Hindus of Bengal,” Amit Malviya.

Mamata Banerjee fondly referred to as Didi, returned to power for a record third term in the Assembly elections held in April-May this year. She has been at the helm of state affairs since 2011. She is also the chief of the Trinamool Congress.