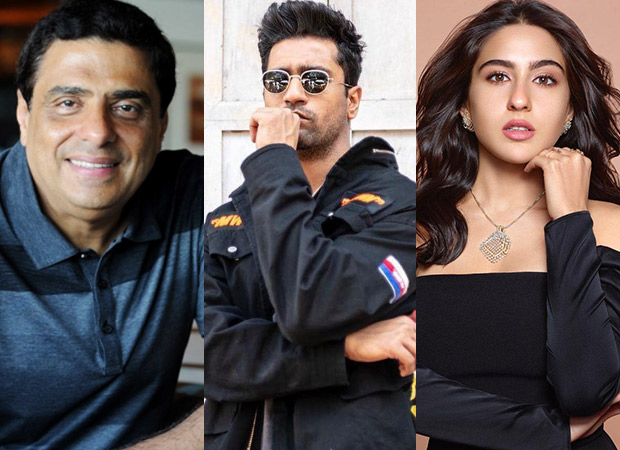 The reports of the modern day mythology, The Immortal Ashwathama getting shelved came across as a shock to the industry. The reports stated that producer Ronnie Screwvala decided to put the film featuring Vicky Kaushal and Sara Ali Khan indefinitely on hold due to budget issues. And now it has come to our notice that the team of this modern day superhero saga has suffered massive losses.

“Ashwathama has been in the prep stage for over two years now. The team did multiple recces, worked on the entire pre visualisation, did multiple meetings with the VFX team, got an international action unit on board to train Sara and Vicky for their action packed role over the last one year. Producer Ronnie Screwvala spent over Rs. 30 crore to get everything in place, and now, the entire investment has gone for a toss,” a source shared with Bollywood Hungama.

The source further adds that the decision to shelve the film has been taken after the producer was not on the same page as his director, Aditya Dhar taking the budget and creative aspects. “After investing a considerable chunk, Ronnie realised that the final budget of the film was going out of control and it would be difficult to recover the money even in the non Covid times, The film was initially planned to be made in a certain amount of budget, but as the pre-production work kicked off, the budget kept on increasing by the day. Finally, he felt that it’s better to let go off the investment of Rs. 30 crores, rather than burning his pockets in the longer frame of time. He had a meeting with his investors, actors and director and finally took the tough call of shelving the film,” the source added.

The source insists that the film is completely shelved for now, and Ronnie has asked all the talents to find another script. However, the industry is unpredictable and he may just revisit the script a couple of years down the lane if he feels confident enough to invest the money in it. “He loves Aditya Dhar after working with him on URI, but has taken a practical call over here, as reality scores over emotions for him. Aditya is yet to decide on what to do next, whereas Vicky and Sara have already started to find new projects to kick off in the time allotted for Ashwathama,” the source informed.

Ronnie, Vicky and Aditya have worked on URI: The Surgical Strike, which is among the biggest blockbusters of Hindi cinema in the last few years. The trio was expected to replicate the success of URI with Ashwathama.