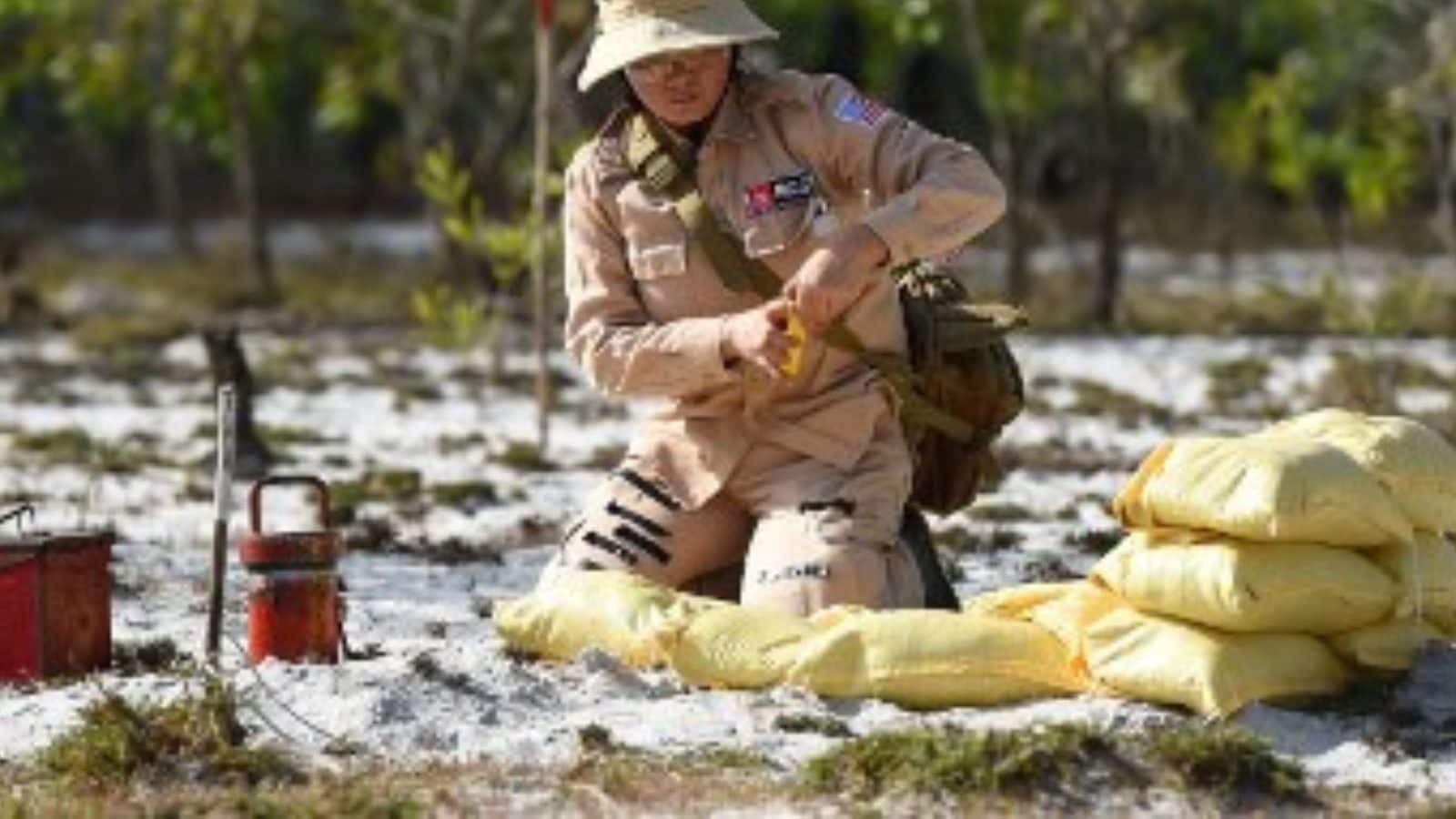 The United States said Tuesday it will return to a ban on landmines other than on the Korean peninsula, reversing course from former president Donald Trump as it drew a contrast with Russia’s use of the explosives in Ukraine. President Joe Biden’s administration said it will stop the use and production of anti-personnel landmines, which kill thousands of civilians a year. It said it will destroy the US stockpile of three million mines except when judged to be needed in Korea.

“The administration’s actions today are in sharp contrast to Russia’s actions in Ukraine,” senior state department official Stanley Brown told reporters. In Ukraine, “there’s compelling evidence that Russian forces are using explosive munitions including landmines in an irresponsible manner, which is causing extensive harm to civilians and damage to vital civilian infrastructure there,” he said.

The policy shift puts the United States closer to compliance but still outside the 1997 Ottawa Convention that banned anti-personnel landmines — a treaty rejected by US adversaries Russia and China as well as historic enemies India and Pakistan. The Biden administration returned to a policy of former president Barack Obama and reversed the position of Trump, who in 2020 gave the green light again to use and produce landmines, saying the United States had put itself at a competitive disadvantage.

The changes reflect Biden’s “belief that these weapons have disproportionate impact on civilians, including children, long after fighting has stopped,” a White House statement said.

Adrienne Rich, spokeswoman for the National Security Council, said the United States has invested more than $4.2 billion since 1993 to destroy landmines and other conventional weapons.

“We will continue this important work as we take another step to reclaim American leadership on the world stage,” she said in a statement.

The major exception is on the Korean peninsula, where many of North Korea’s 1.2 million troops are stationed near the Demilitarized Zone just 50 km north of Seoul, the South’s capital and a global economic hub.

The United States does not actively control minefields on the peninsula as it has transferred control to South Korea, which is not party to the Ottawa Convention. The Trump administration argued that the United States could develop smarter landmines that could be deactivated remotely. But anti-mine campaigners — who famously included Princess Diana — have long pointed to the deaths and maiming of civilians years after conflicts.

In 2019, landmines killed at least 2,170 people and injured another 3,357 people, nearly half of them believed to be children, according to the annual Landmine Monitor researched by non-governmental groups. Non-governmental group Humanity and Inclusion praised the Biden shift but called on the United States to join the Ottawa treaty.

“Civilians can breathe a little easier today, because the leader of one of the world’s largest militaries just promised to avoid future use of these weapons outside of the Korean peninsula,” said Jeff Meer, the group’s US executive director. But the US refusal to join the treaty — even though it has not used antipersonnel mines since the 1991 Gulf War — “is an ironic and historical oddity” that “leaves thousands of lives at risk,” Meer said.

Human Rights Watch in a recent report said that Russia has deployed at least seven kinds of mines in Ukraine since invading, including new types making their battlefield debut.

The landmines include booby-traps laid as Russian forces retreat that are set off by victims, it said. The mines have stopped Ukrainian civilians — whose own country is party to the Ottawa Convention — from accessing homes and fields, it said.

The United States has shipped Claymore mines — designed to ambush enemy infantry — to Ukraine. Brown argued that Claymore mines comply with the Ottawa Convention as they are detonated by command of a person.