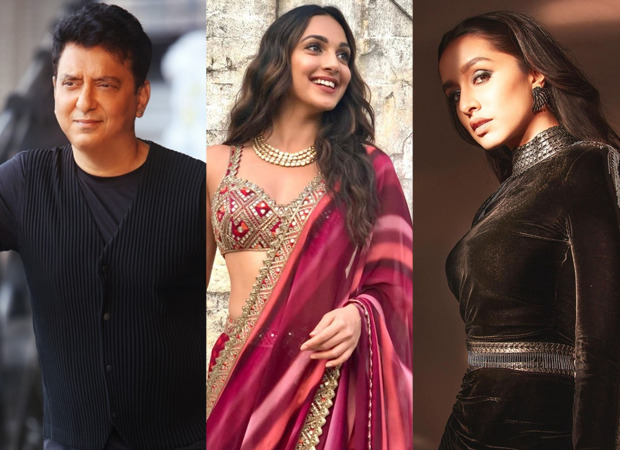 Bollywood Hungama was the first to inform our readers that Shraddha Kapoor will be teaming up with Kartik Aaryan for the first time on director Sameer Vidwan’s next film. However, a couple of weeks later, it was revealed that Kiara Advani will be reuniting with Kartik Aaryan again after Bhool Bhulaiyaa 2. Bollywood Hungama has got the inside dope on why producer Sajid Nadiadwala replaced Shraddha with Kiara.

“Sajid was very keen on getting Shraddha alongside Kartik in the film, as that would have resulted in a fresh pairing. However, he was taken aback and shocked when Shraddha Kapoor quoted Rs. 10 crores to be a part of the film. While the producer usually never negotiates with his actors, he was surprised with Shraddha’s acting fees as she had last worked with Sajid recently on Baaghi 3 for a nominal sum of Rs 4 crore,” a trade source informed Bollywood Hungama.

While Shraddha had her reasons to quote a higher amount as she was spear-heading two female led films – Naagin and Chaalbaaz in London – Sajid felt that the acting fees would make the financials of his film go haywire. “Sajid gave a final offer of Rs. 7.5 crores to Shraddha Kapoor, however, the actress and her team remained adamant on the double digit remuneration. Sajid eventually decided to move on and sign Kiara Advani, who is currently on a high, for the film. The actress has been signed for an approximate sum of Rs. 3.5 crores,” the trade source added.

Sajid Nadiadwala is said to be one of the most dildaar producers of the industry, who treats his actors very well and makes sure that all their demands are met with. However, this time around, he felt that the price quoted by Shraddha was too high and hence for a change decided to be against the idea of getting her on board for an astronomical figure. “He is happy with Kiara Advani and has signed her for a premium amount, that’s slightly more than her market value. Kiara usually charges anywhere between Rs. 2 to 2.5 crores for a project,” the source concluded.

The movie was initially titled Satyanarayan Ki Katha, however, the new title is being worked upon now.