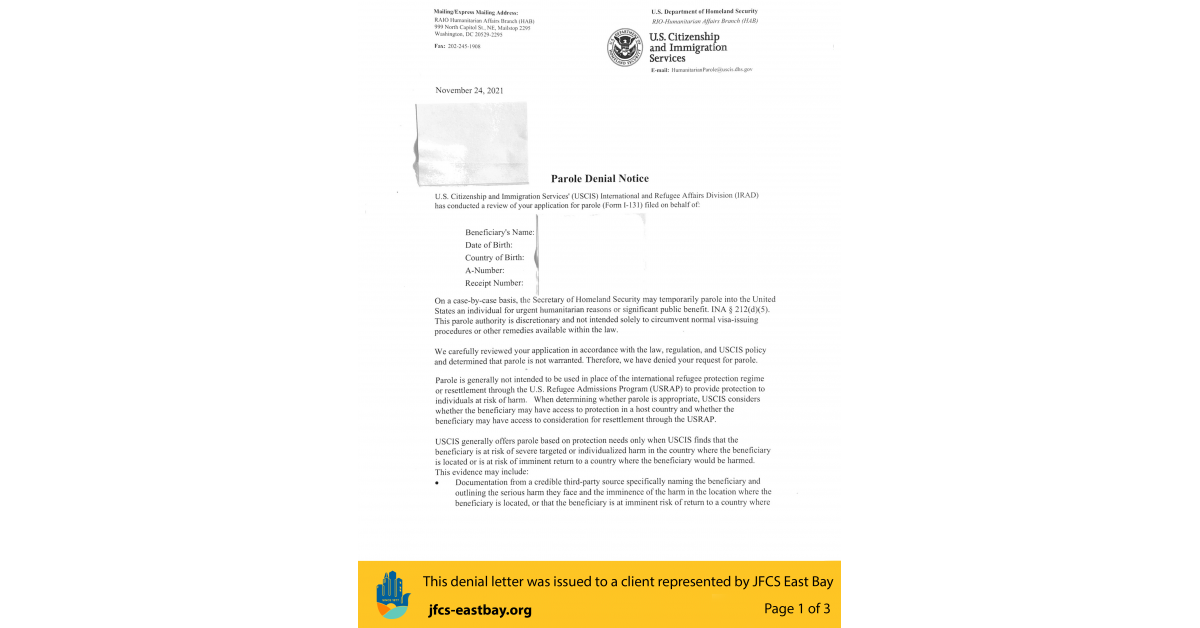 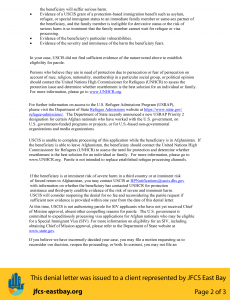 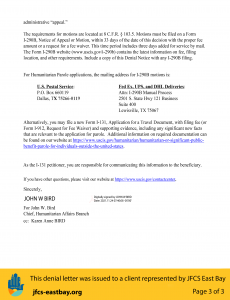 This week, the U.S. government began denying humanitarian parole applications and dashing the hopes of thousands of Afghans awaiting rescue.

We have clients who have been waiting for an answer for months. While they wait, their family members have been kidnapped by the Taliban. Turning the tables on them now is fundamentally unfair.”

BERKELEY, CA, U.S., December 6, 2021 /EINPresswire.com/ — In August, the world watched the botched and incomplete evacuation of U.S. allies at Hamid Karzai International Airport in Kabul, Afghanistan, aghast at the horrific images of families physically torn apart by frantic crowds, babies passed through barbed wire fence into the arms of strangers, and victims bloodied, maimed, or killed in the terrorist bombing.

But what then seemed like the height of this humanitarian crisis was, in fact, only the beginning. Since then, thousands of Afghans in communities across the U.S. have been desperate to rescue their loved ones who were left behind. The only legal channel available to most has been the dim hope of humanitarian parole. After months of inaction on these urgent petitions, this week, U.S. Citizenship and Immigration Services (USCIS) began denying them and extinguishing any chance of rescue.

In just four months, JFCS East Bay has resettled almost 300 Afghan evacuees and anticipates welcoming many more. Our Immigration Legal Services team has assisted in the filing of nearly 100 humanitarian parole applications and covered thousands of dollars in USCIS filing fees since August.

In October, worried by a lack of progress on the humanitarian parole applications, JFCS East Bay signed an open letter along with Project ANAR (the Afghan Network for Advocacy and Resources) and 112 other organizations calling for the U.S. government to address the growing backlog and deficient processing of humanitarian parole applications for Afghans.

Months later, USCIS finally began processing these cases – only to deny them.

The wave of denial letters received by immigration advocates across the U.S. this week articulate—for the first time—a set of stringent new criteria that will exclude the vast majority of Afghan humanitarian parole applicants from eligibility. According to JFCS East Bay Director of Immigration Legal Services, Kyra S. Lilien, “Redacted copies of these denial letters began popping up on listservs from immigration attorneys across the U.S. this week. No one has reported receiving a ‘request for evidence,’ as is the norm before USCIS denies a case. Instead, we all got these flat denials.”

Among other things, USCIS rejection letters are asking applicants to provide “documentation from a credible third-party source specifically naming the beneficiary and outlining the serious harm they face and the imminence of the harm in the location where the beneficiary is located.”

USCIS reports that it has received more than 30,000 such applications. At $575 per person, USCIS has likely taken in about $17,250,000 in application fees from these filings, making this process look like a classic “bait and switch” scam.

“Not only has USCIS created a very high evidentiary standard, it’s announcing these new stringent criteria after the fact, and applying them retroactively to pending applications,” says Lilien. “We have clients who have been waiting for an answer for months. While they wait, their family members have been kidnapped by the Taliban. Afghans are in hiding, freezing, without enough food, while being hunted by the Taliban. Turning the tables on them now is fundamentally unfair.

“These new USCIS requirements are incongruous with a humanitarian crisis.” Lilien explains. “USCIS cannot expect Afghans who are fleeing for their lives to come up with a notarized statement from their persecutor.”

The USCIS denial letters lay bare the utter abandonment of Afghan allies whom the U.S. government failed to evacuate, advising persons who fear persecution to find their own way out of Afghanistan so that they may seek refugee status through the United Nations. The problem with that approach is that achieving refugee status can take a lifetime.

“Instead of coming up with impossibly narrow criteria,” says Lilien, “USCIS should create an Afghan Parole Program that would allow for parole based on generalized risk, without requiring specific evidence of individualized harm. The Taliban is no longer making headlines in the U.S., but immigration advocates are hearing the real story from our clients. It is only a matter of time before they will be beaten, tortured, or killed because of their association with the U.S. Making them wait until that happens, just so they can prove they really are in danger, is repugnant.”

The U.S. cannot wash its hands of Afghanistan and move on. The U.S. has a responsibility to process these Afghan humanitarian parole applications fairly and live up to its professed promise to leave no one behind.

Endovascular Treatment Devices Market to reach over USD 5.77 billion by the year 2030