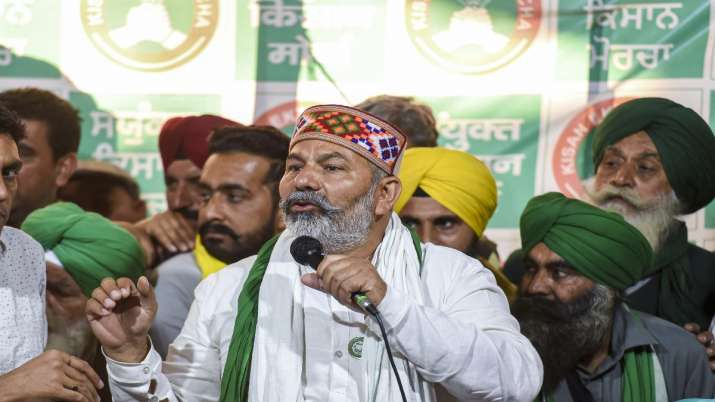 Farmer leader Rakesh Tikait on Saturday gave a hint that his next move could be launching a movement against the privatisation of public sector banks. The farmer leader today said that a bill regarding this is set to be tabled in the Parliament on December 6 during the winter session.

Taking to Twitter, Rakesh Tikait on Saturday said, “We had warned at the beginning of the movement (farmers agitation against farm laws) that the next number would be of banks. See the result, on December 6, the bill for privatization of public sector banks is going to be presented in the Parliament. There is a need for a common movement across the country against privatisation.”

Tikait is one of the leaders who spearheaded farmers agitation against the three farm laws. The protest went on for a year when finally Prime Minister Narendra Modi on November 19 in his address to the nation announced repealing of the three laws.

Although, the Prime Minister said the laws were in the favour of the farmers but somehow his government was not able to convince a section of farmers.

Earlier in the day, Samyukt Kisan Morcha (SKM), following a crucial meeting over pending demands, suggested 5 names to Centre for a committee on MSP and other pending issues between the government and farmers.

The SKM will hold its next crucial meeting on December 7 and may announce the end of its protest.