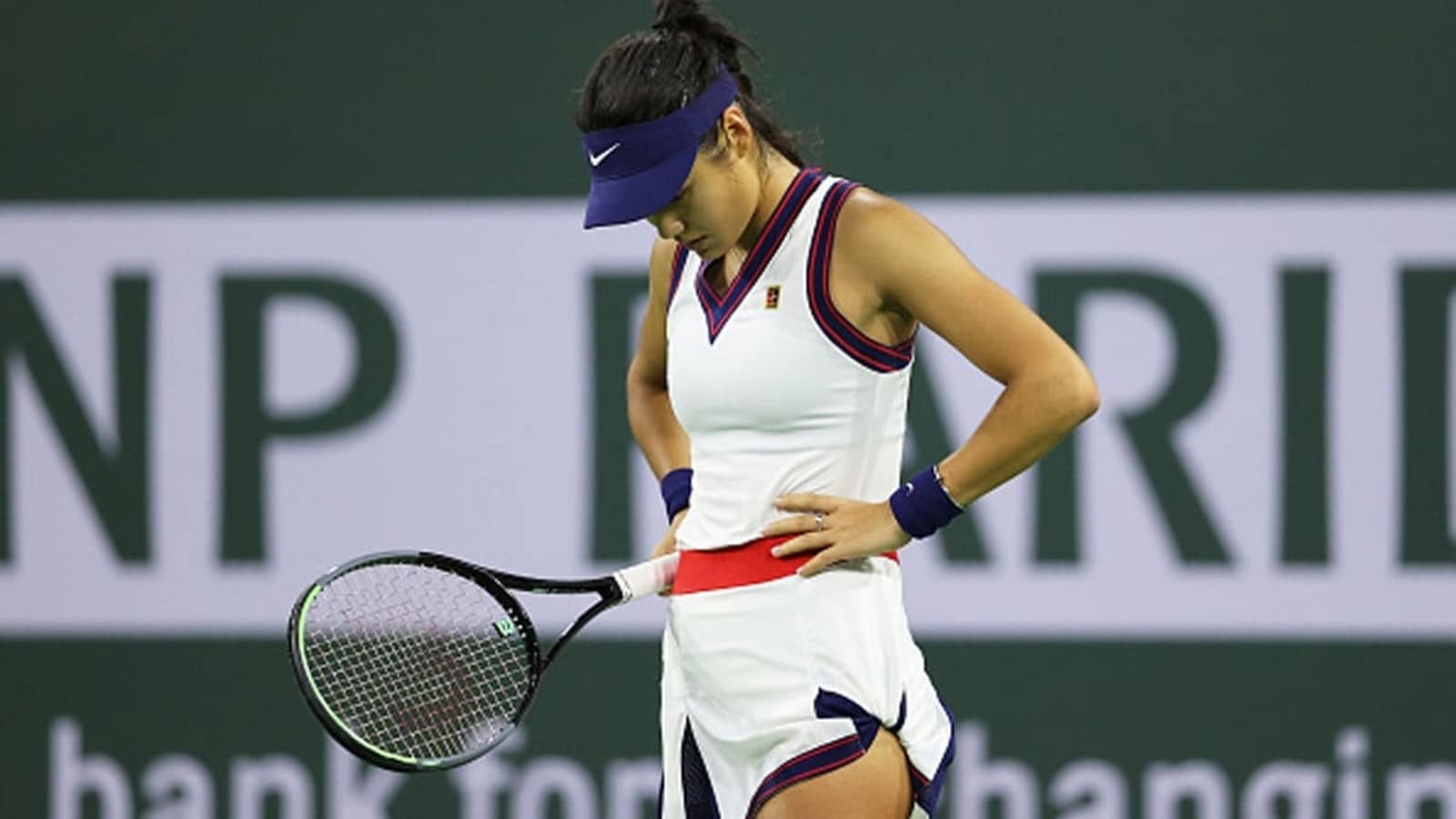 Briton Raducanu, 18, lost to Belarus’ Aliaksandra Sasnovich in straight sets at Indian Wells last week in her first match since winning the US Open title at Flushing Meadows.

U.S. Open champion Emma Raducanu has pulled out of next week’s Kremlin Cup in Moscow following her second-round loss at the Indian Wells tournament, British media reported on Thursday.

No immediate reason was given for the withdrawal.

“Unfortunately, I’ve had to make a tournament schedule change and won’t be able to play Moscow this year but I hope to compete there and in front of the Russian fans next year,” Raducanu said.

“I look forward to returning to the tour in the next couple of weeks.”

The world number 22 said she was disappointed with the defeat by Sasnovich but needed to “cut herself some slack”.

“The experiences that I’m going through right now, even though I might not feel 100% amazing right now, I know they’re for the greater good… in the bigger picture, I’ll be thanking this moment,” Raducanu said.

She is scheduled to play in events in Romania and Austria before the end of the season.

Share
Facebook
Twitter
WhatsApp
Previous articleWhy petcare startups are seeing growth in demand amid the pandemic
Next articleAkshay Kumar’s next with Aanand L Rai to be based on the life of Major General Ian Cardozo of the Gorkha regiment : Bollywood News
RELATED ARTICLES
Sport