Queen Elizabeth II: Her best on-screen portrayals from The Queen to The Crown | Hollywood 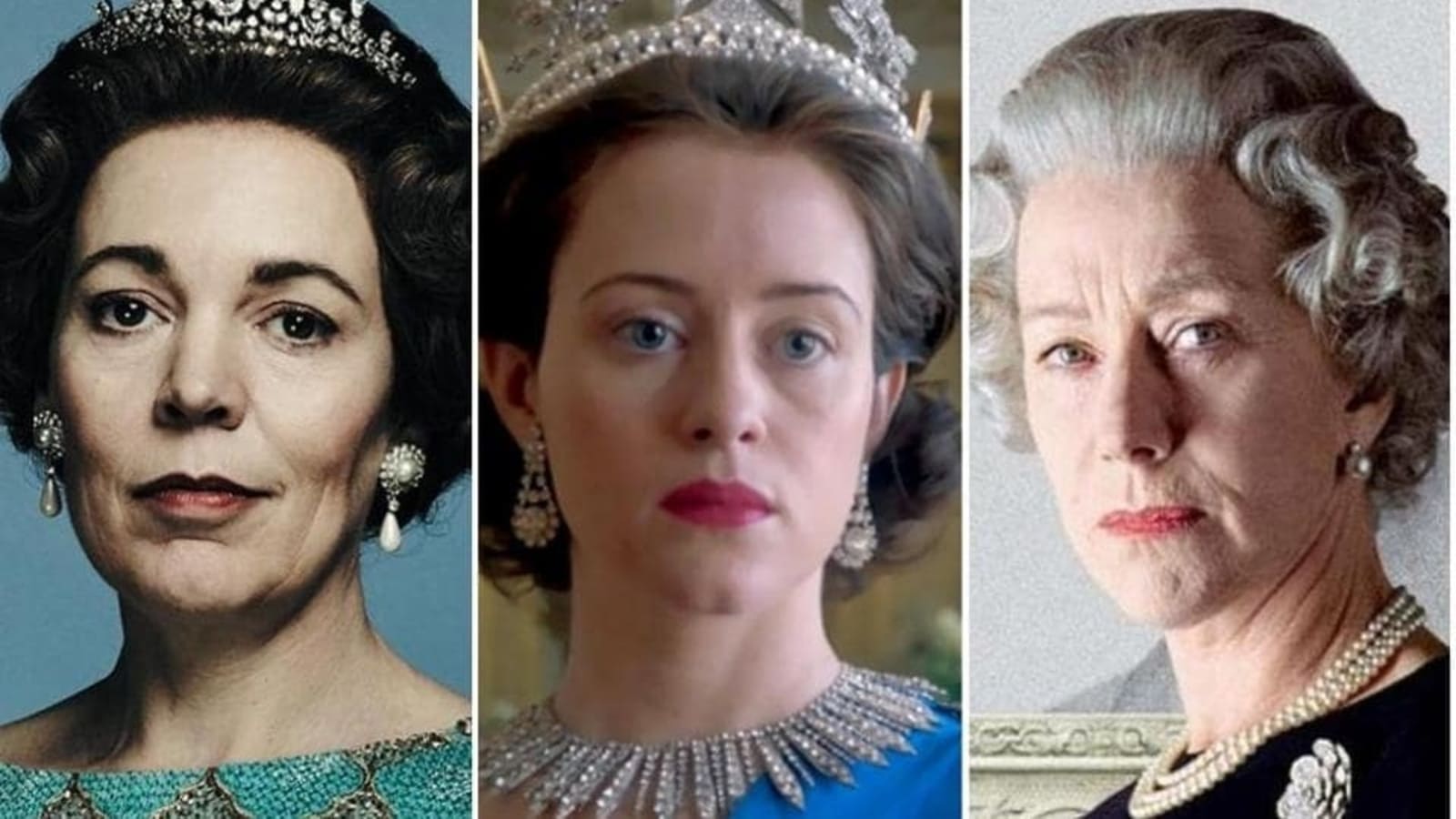 On Friday, September 8, Britain’s longest-serving monarch and one of the world’s most famous people–Queen Elizabeth II–died at the Balmoral Castle in Scotland. The Royal Family confirmed the news in a statement. In the 70 years she spent atop the throne of the United Kingdom, Elizabeth was portrayed by a number of acclaimed actors on film, TV, theatre, and lately in web series. Perhaps no British monarch–save for her 16th century namesake–has been so well represented in the performing arts. But certainly, no public figure has had such diverse, vivid, and brilliant depictions of their life on celluloid as the late Queen did. Also read: The Crown season 5: Queen Imelda Staunton delivers address, gives shoutout to Olivia Colman, Claire Foy. Watch

Perhaps nobody has depicted the Queen’s life on screen quite like Peter Morgan. The screenwriter has given some of the most memorable versions of Queen Elizabeth II in the play The Audience, the film The Queen, and the web series The Crown. The 2006 film, which saw Helen Mirren win the Oscar for her portrayal of the monarch is the most critically-acclaimed of the lot. The film saw an aged Queen and her Prime Minister Tony Blair deal with the aftermath of Princess Diana’s death. There have been fewer more humane, more vulnerable portrayals of royalty ever.

If anything does top that, it’s The Crown, the Netflix masterpiece that began streaming in 2016. Over the four seasons so far, two actors–Claire Foy and Olivia Colman–have depicted the Queen from ages 20 to 65. Imelda Staunton is all set to take over in season five, which will stream in November. Both Claire and Olivia won Emmys for their performance as the Queen in different seasons. The Audience, which completes Peter Morgan’s brilliant trilogy on the monarch, is a play focussing on her weekly meetings with the various British Prime Ministers during her reign, ranging from Winston Churchill and Margaret Thatcher to Tony Blair. Helen Mirren reprised her role in the Broadway production while Kristin Scott Thomas took over in the 2015 West End revival. Helen won both the Tony Award and the Laurence Olivier Award (considered the two highest awards in theatre) for her performance.

One of the most different portrayals of Elizabeth has been in the 2015 romantic comedy A Royal Night Out, which showcases a young Princess Elizabeth before she was burdened by the crown. The film sees Sarah Gadon as Elizabeth and Bel Powley as her sister Princess Margaret having a spontaneous adventure away from Buckingham Palace after the end of World War II. This lighter, teenage depiction of the monarch was appreciated for its novelty.

And it’s not always been doom and gloom when it comes to the portrayals of the Queen. Actor Jeannette Charles was known for her uncanny resemblance to the British monarch, which led to her playing the role in a number of comedies from All You Need Is Cash and The Naked Gun: From the Files of Police Squad to Austin Powers in Goldmember. And of course, American variety show Saturday Night Live has spoofed the Queen on various occasions as well, with various actors taking on the role.

But perhaps the most fun depiction of the Queen in a semi-fictionalised setting was when she played herself in an ad for the 2012 London Olympics. The memorable sketch had her share screen space with 007 Daniel Craig himself, as James Bond escorted Her Majesty to a chopper from where she parachuted (not really though) into the stadium to inaugurate the Games. The Queen was universally applauded for being a great sport to agree to that.

The list is long but the gist of it is that whatever the genre, whatever the age, whatever the emotion, Queen Elizabeth II has had that represented on screen. The monarch may be gone now, having lived a long life of 95 years but this is a part of the legacy she leaves. How artistes from across the world, in different eras, interpreted her and depicted her for the world to see. In that regard, the Elizabethan age shall never end.